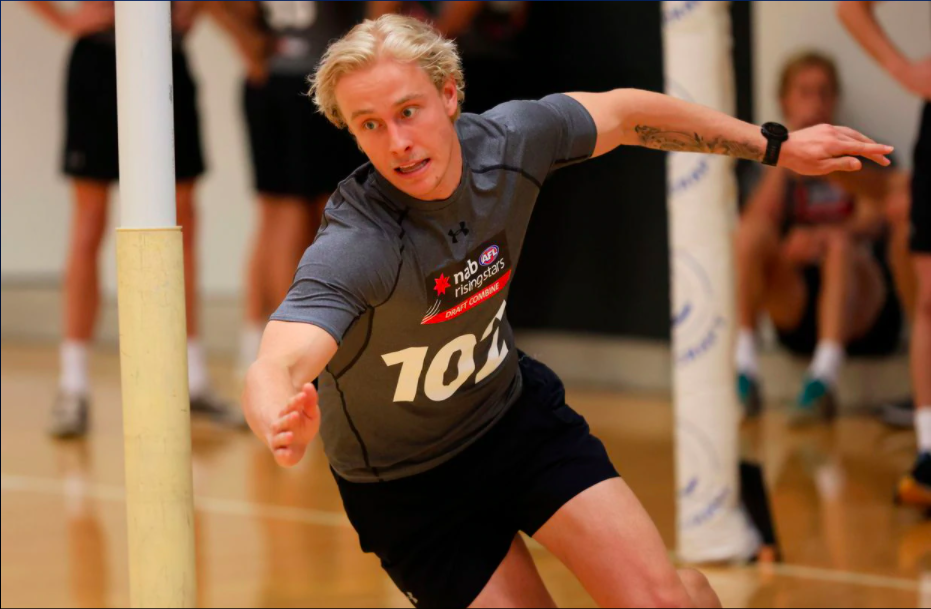 Having already looked at the 20-metre sprint times, we now shift out focus to the agility test. Another speed test, it is used to gauge an athlete’s sideways movement and explosive turn of pace, hopefully providing a glimpse into what some of the more nimble and crafty players can do in terms of evasive technique. Tests for agility were only conducted at the South Australian, West Australian, and NSW/ACT draft combines this year, though there is also plenty of preseason data to look back on for other states.

Among the combined top 10 runners from the aforementioned regions, Northern Territory native Brodie Lake ran quickest of the lot with a scintillating time of 7.90 seconds. He, and mature-age West Adelaide defender Mitchell Duval were the only players to register times under eight seconds in the most recent results, as 19-year-old GWS Academy product Harry Grant rounded out the podium places at eight seconds flat. Impressively for the South Australian testers, they both measure up at over 185cm, while Grant is arguably of a more typical height for such agile movement (172cm).

Other notable names among the recent combine top 10 include West Australians Denver Grainger-Barras and Nathan O’Driscoll. The former clocked a time of 8.13 seconds, just shy of O’Driscoll’s effort of 8.12 which proved the quickest out of all West Australian prospects. Port Adelaide father-son hopeful Taj Schofield also showed his wares with an improved time from preseason, running at 8.31 seconds to round out the best 10 times.

It would only be fair to those from Victoria, Queensland, and Tasmania to compare the above results to efforts from preseason. Six athletes who registered top 10 times at preseason were Victorian while three came from the Brisbane Lions Academy, highlighting just how different the updated scoreboard could have looked. Grant and Grainger-Barras were the only recent top 10 runners to also feature on the same list for their respective states during preseason, with both improving on their previous efforts. The preseason pool was also much larger, garnering results from all available athletes around the nation, rather than just those invited to the combine. Only Lake, the quickest draft combine runner would fit into the top preseason ranks, slotting in at equal-seventh.