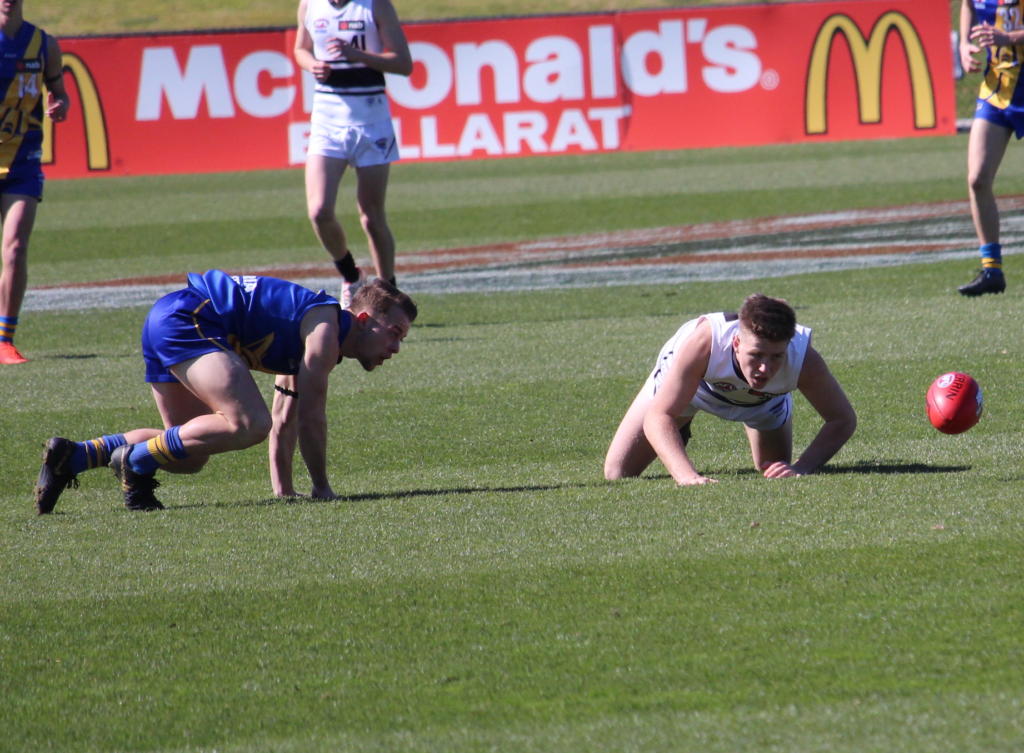 AS the postponement of all seasons commenced over the last few weeks, we head back to the pre-season where we sat down with a number of athletes across the country. In a special Question and Answer (Q&A) feature, Draft Central‘s Michael Alvaro chatted with Northern Knights’ Ewan Macpherson at the NAB League Fitness Testing Day hosted by Rookie Me.

Macpherson may have been overlooked for a spot in the 2020 Vic Metro Hub, but remains on the radar as a potential Western Bulldogs father-son selection. He will be looking to follow in the footsteps of his father Stephen and brother Darcy in making the top grade, and has already earned plaudits for his talent having captained Vic Metro at Under 16 level.

That leadership has carried on into his 18th year, with Macpherson set to co-captain his region should the NAB Leaguers get back on the park. The well-built 179cm prospect did plenty of that in 2019, running out 15 times for the Knights and cementing his spot as a small defender with smarts at ground level and sound ball use.

But the Diamond Creek product is now hoping to revert somewhat back to his natural game in his top-age season as a spot in the midfield beckons. A solid showing of endurance (21.3 yo-yo test) at pre-season testing would suggest he is raring to go, with that running capacity something Macpherson has improved on greatly over the off-season to add to his power game.

EM:”It’s been real good. It’s been a real great experience today with all the NAB League clubs coming down to one venue.”

Having captained Vic Metro at Under 16 level and nailing a spot down back last year for Northern, what kind of base do you have now for your top-age season?

“It was good because I got to know the format of how we (Northern) want to play and how we’re going to play this year. “I had a bit of a change-up this year, I’m going into the mid. “So that’s going to be good, I’d rather play in the mid than down back so it should be a good year.”

What are some of the goals you’re setting now for the year?

“Obviously I want to have a good start to the year and try to get into selection for the Vic Metro Under 18s. “But I don’t really want to set any goals or have any limits to my year, I’ll just do whatever comes forward to me.”

You’re in a rare position given your brother (Darcy) and Dad (Stephen) have played at the top level, how have they helped you out?

“They’ve been an unreal help. “Darcy’s always messaging me every weekend just asking how I’m going, how footy’s going and all that. “And Dad, he’s been making me work as hard as I can just to get my body in shape and get ready for the year.”

Training at the Bulldogs as well, do you feel a connection to the club?

“Yeah. I went down there for a couple of weeks over the Christmas break to train with them which was a real good experience. “It was good to get around all the boys, they were all real welcoming and it was an unreal experience.”

Who are some of the guys you’re looking forward to playing alongside?

“With the Knights obviously Nik Cox and Liam McMahon. “Vic Metro, if I get there, Will Phillips in the midfield, getting in there with him. A few others, Jamarra (Ugle-Hagan), just those kind of boys.”