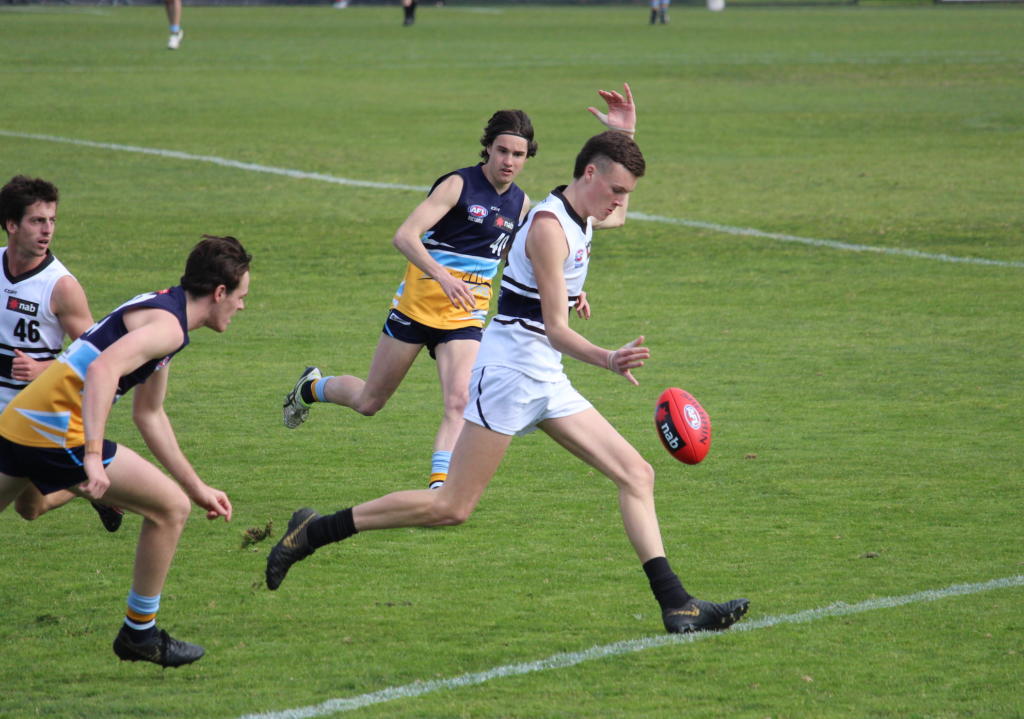 AS the postponement of all seasons commenced over the last few weeks, we head back to the pre-season a month earlier where we sat down with a number of athletes across the country. In a special Question and Answer (Q&A) feature, Draft Central‘s Michael Alvaro chatted with Northern Knights’ Nikolas Cox at the NAB League Fitness Testing Day hosted by Rookie Me.

The 199cm utility showed a wealth of promise in his bottom-age year, playing on the wing and as a key position outlet up either end of the ground. Like many of his Knights teammates, the modern-day footballing prototype is a terrific runner and uses it to play into his versatility. Having already turned out for Vic Metro and been selected in last year’s Under 17 Future Stars showcase game, Cox enters his top-age year looking to cement a spot across centre half-back while shouldering the Northern co-captaincy alongside Ewan Macpherson.

MA: How’s the day been for you?

NC: “It’s been good. Obviously it’s a pretty long day, lots of stuff happens but it’s a good day to have every single region come in (and) spend some time together. “It’s good to see everyone, it’s been a bit challenging but good.”

You’re lauded for your athleticism as a taller athlete, have you been able to show that in these tests?

You’ve played on a wing and up either end, are you looking to nail down just one position this year?

“Obviously you love to have some versatility, you want to be able to play different roles for the team or whatever’s necessary. But I think I’ll be playing a lot of back this year, trying to get some continuity in a certain spot, really nail that position and get all that craft good. So hopefully I’ll nail down some back and then if I need I’ll push up to the wing or go down forward and I still want to keep that skillset, to have that available.”

It must’ve been great to be around the Metro squad last year and even this year, how’s that been for you?

“Yeah it’s good, you learn so much in that environment. I mean, some real superstars like Matt Rowell, I spent a lot of time with Fischer McAsey down back and doing a lot of craft with him. Even this year we’ve got a really humble group at Metro and I think we can do some exciting things, hopefully I can stay in that group. But yeah, I’ve learned so much – most of my craft work, lots of little things – it’s been really good, really beneficial for me.”

What are some of those things you’re still looking to develop at the moment?

“A lot of body positioning work. “Obviously I need to work on my strength, so just trying to work around ways that I can build that up and just little techniques that can help me get an advantage on stronger opposition.”

Are there any goals for the year or landmarks you want to hit?

Do you think that with a few of the top-age boys that you’ll be able to push for that?

“Yeah for sure. “We’ve got really strong bottom-agers coming through too, a really good running group – 2km time trials showed with boys nearly breaking six minutes – so I think we’re going to have a pretty strong group going forward this year. “A good contribution from 19 (year-olds), top-agers, and bottom-agers so really looking forward to it.”