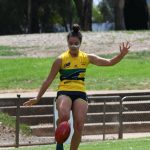 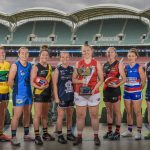 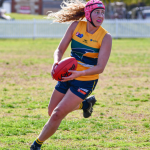 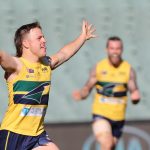 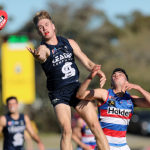 Schofield is a Port Adelaide father-son candidate given his father, Jarrad‘s 131-game tenure at Alberton. The 178cm midfielder/forward moved over to South Australia last year from the West, joining the Eagles’ program and esteemed Henley High school. The move came on the back of winning All Australian honours for WA at Under-16 level, proving his talent from a young age. The smooth mover has predominantly been used as an outside midfielder or half-forward throughout his junior career, but was thrown into the engine room during preseason trial games to good effect. In building his tank and strength to run with some of the bigger, modern day midfielders, Schofield is looking to find a good balance of inside and outside traits coming into his top-age year.