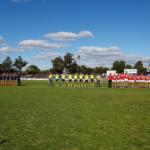 IT has been a busy week for all South Australian National Football League (SANFL) sides and their young talent with Round 4 completed over Easter, along with some short breaks for certain sides. Four top-end SA youngsters in Will Gould, Jackson Mead, Kossie Pickett and Dylan Stephens, participated for the Australian U18 side against Casey as well. Our South Australian writers, Jamie Morgan, Damon Mattiazzo and Tom Wyman all contributed to the review.

Round 5 sees most of the key SA Under 18 talent unavailable for SANFL selection due to SA AFL Academy camp being conducted.

In the Easter Thursday clash at the Parade, Norwood extended its undefeated start to the season proving to be too strong for Port Adelaide. The Redlegs’ win was a statement to the rest of the competition as they produced their best game of the season without star midfielder Mitch Grigg. The big emergence from the match was Cameron Taheny, impressing on debut with three goals after not making the U18 Australian match against Casey Demons. Former-Crow Lewis Johnston continues to rack up possessions at will with another 35 disposals and a goal to his name, as former-Kangaroo Brad McKenzie provided plenty of run off half back with 27 touches.

Port Adelaide gained Steven Motlop after his omission from the AFL, contributing 10 clearances with 31 disposals but faded when the Redlegs gained ascendency in the third quarter. Jack Trengove continued his incredible start to the season with 37 disposals and two goals and looks to be an early frontrunner for the Magarey Medal. Third year player and former Redleg Peter Ladhams had his best game of his SANFL career so far with 24 disposals and provided plenty ground ball contests.

South Adelaide’s young talent Zac Dumesny was rewarded with an U18 MVP nomination after a consistent few weeks, and no doubt will be a prospect to watch.

Norwood and South split the results in the Reserves and Under 18s. Jacob Collins had a big day out for Norwood Reserves in defence, picking up 29 disposals, 12 marks and six rebounds in defence, while Josh Richards had 24 touches, five marks, eight clearances and six tackles. Cameron Ball and Lachlan Pascoe both finished with 22 disposals, and combined for 18 marks. For South, Ben Heaslip had a team-high 27 disposals, two marks, seven hitouts, seven inside 50s, five tackles and five clearances, while Jaidan Kappler had 10 inside 50s and six clearances from 22 disposals and five marks. In the Under 18s, the talented Zach Dumesny had eight rebounds and seven marks with his 19 disposals in the Panthers’ win, while Nicholas Kraemer had 22 disposals, seven clearances, eight tackles and six inside 50s. Lachlan Williams picked up a massive 44 hitouts and 15 disposals, while Liam Hamilton and Mitchell Riddell booted three goals apiece. Meanwhile Redleg, Sam Morris booted three goals from 14 touches and three inside 50s, while Henry Nelligan had a day out with 34 disposals, five marks, 10 clearances, five inside 50s, three rebounds and 11 tackles. Mitchell Carroll was also superb defensively with 25 disposals, nine clearances and a massive 13 tackles in the defeat.

In South Adelaide’s second consecutive draw, the Panthers were forced to this time split the points with Adelaide’s Reserves, as Joel Cross had a day out with 29 disposals, four marks, eight clearances, seven inside 50s and two rebounds, while Nicholas Liddle also had the 29 touches as well as six marks, nine tackles, six clearances and three inside 50s. Mark Noble booted 3.2 from 15 disposals, while Malcolm Karpany also kicked a couple of goals in the draw. For the Crows, Myles Poholke has finally done enough to bang down the AFL selection door, recalled to the senior side after a massive 30-disposal, four-goal game which included 15 touches and three goals in the first term. Tyson Stengle also looked dangerous with 14 disposals and three goals, while Patrick Wilson was the top ball winner with 33 disposals, as well as nine clearances, 10 tackles and seven inside 50s.

It was a tough day at Richmond Oval on Good Friday for both Eagles’ League and Reserves sides. West Adelaide looked primed for all contests and clearly dominated the whole day in both games. The Eagles league side had some big ins, but these players looked underdone, and with the absolute dominance of ex-AFL listed Will Snelling and Jono Beech, the Bloods got their season rolling. While in the Reserves, experienced Brett Turner and Kenny Karpany led from the front.

The Eagles accounted for West in the U18s game and the form of Joshua Morris in front of goals continued for the Eagles, finishing with another five-goal haul and other Eagles key movers Harry Schoenberg and Lachlan Holie dominated the possession count for the winning side.

Coming off the back of a draw to South Adelaide, Glenelg made its way back onto the winners list with a tight 9-point victory over Sturt at the bay. The Tigers midfield was led well by youngsters Jonty Scharenberg and former-West Coast Eagle Luke Partington, who collected 25 and 22 disposals respectively. Eighteen-year-old Finn Betterman played perhaps his best League game to date, managing 18 disposals, two marks and three tackles. Medium-sized goal-machine Lachlan Hosie added four more to his impressive start to the year, with Marlon Motlop also adding two. For the Double Blues, consistent midfielder Zane Kirkwood notched up another 36 disposals. He was aided by 30 touches from former-Power defender Sam Colquhoun and 29 from James Battersby. Mark Evans slotted home three majors in the defeat.

Centrals won out in two out of three clashes against reigning League premiers North Adelaide in a successful weekend. Bulldogs prodigal son Troy Menzel continued his promising start to the League season with 4.4 from 19 disposals and 13 marks, while Travis Schiller was their clear-best ball winner with 30 touches. Thomas Schwarz and Jarred Allmond were the only North players to rack up over 30 disposals, with Strato Agorastos booting a clinical 3.0. In Reserves, Brody Mahoney‘s 31 disposals and three goals saw Centrals win comfortably, with two other Bulldogs bagging three majors. Liam Verity (3.2) was North’s best in front of goal in an otherwise wasteful Roosters display, while Max Lower had 27 disposals. North managed to get up in the U18 fixture, with six of its eight goal kickers notching multiple goals. Tyran Hill was one of their best, while Rhys Cannizarro had 27 touches and the highly-touted Corey Durdin managed 22 in the defeat. 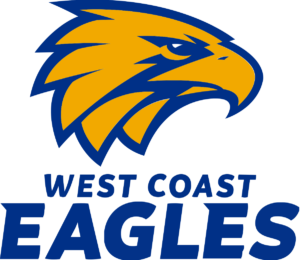