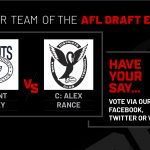 OUR next All-Star Team battle is the final one of the Round of 16 between a Victorian club and a West Australian club, in the Northern Knights and Swan Districts. The two captains voted in by the public as the All-Star Players of the AFL Draft era were AFL games record holder, Brent Harvey (Northern Knights) and Richmond full-back, Alex Rance (Swan Districts).

These clubs are seeded fifth (Northern Knights) and 12th (Swan Districts) respectively, forming another Round of 16 clash in our draw. The winner will qualify for the quarter finals, set to face the Murray Bushrangers/Oakleigh Chargers.

For the Swans, they have an elite starting midfield. Nic Naitanui in the ruck, with Stephen Coniglio, Michael Walters and Andrew Embley at the stoppages, you would back them in to win the midfield battle. Up forward, the likes of Charlie Cameron and Jeff Garlett would create havoc at the feet of their key forwards, while Lewis Jetta‘s elite kicking and Rance’s intercepting ability means they have some strong players across the field.

For the Swans, it is that depth and little pockets in different parts of the field where they just fall short. They could match it with the Knights in the midfield, but outside of that, they would be stretched in different areas of the field. 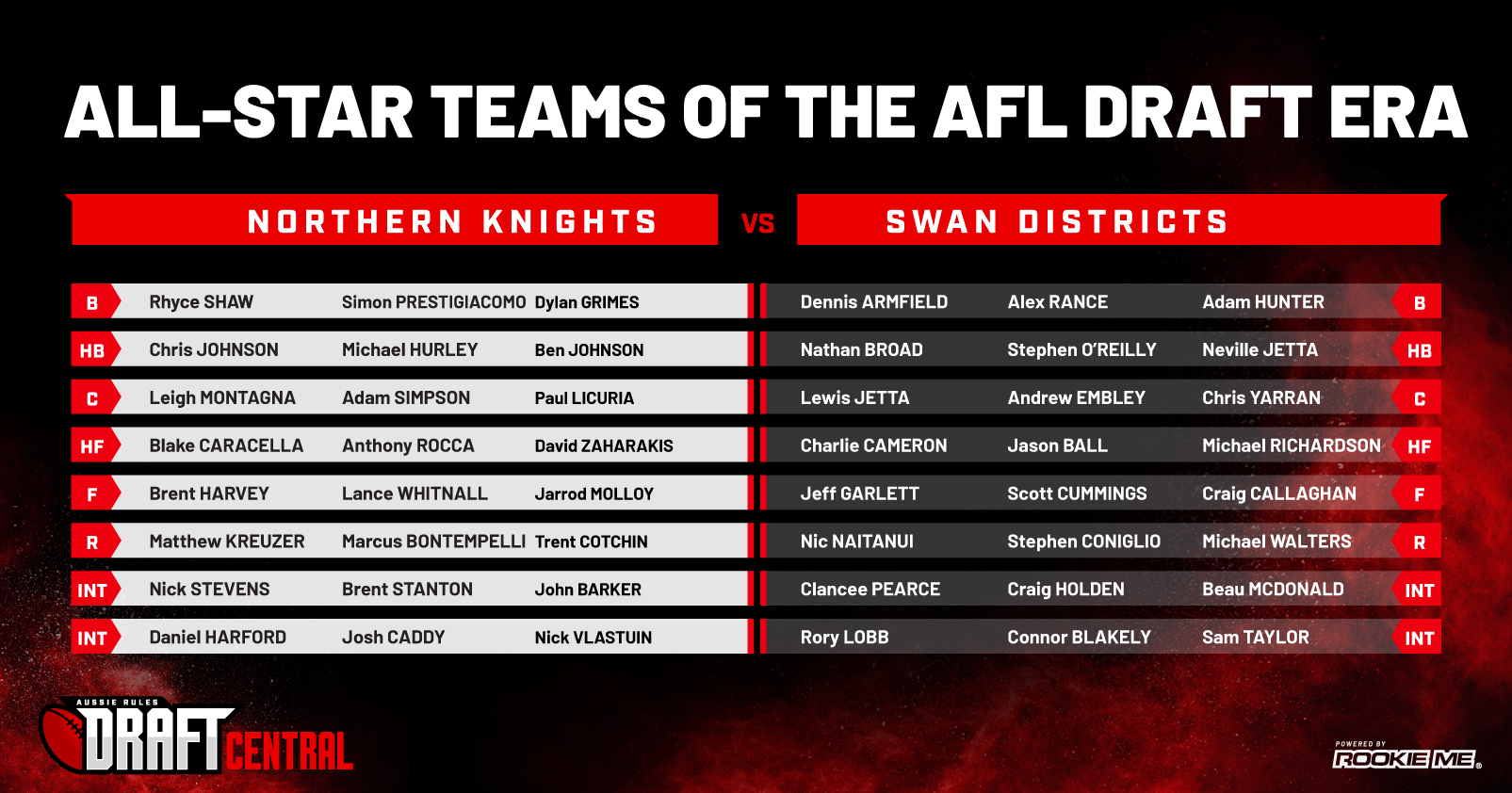 Who would you pick?
Created with Quiz Maker 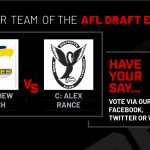 OUR next All-Star Team battle is one between a South Australian club and a West Australian club in Woodville-West Torrens (WWT) Eagles and Swan Districts. The two captains voted in by the public as the All-Star Players of the AFL Draft era were Matthew Pavlich (WWT Eagles) and Alex Rance and Nic Naitanui (Swan Districts).

Swan Districts are the 12th seeds in our draw, with WWT Eagles not far behind, ranked 21st overall in the mid-table logjam where not much separates the sides.

The aspect that sticks out for WWT Eagles is the fact they have great depth. Not many sides can look at their bench and see players who would slot into most other sides’ starting outfits, but they do, with an abundance of quality rucks (Matt Rendell, Sam Jacobs and Rhett Biglands), as well as good inside midfield depth with Luke Dunstan and Robert Shirley on the bench, as well as winger, Jared Polec. Speaking of wingers, their wingers in Steven Stretch and Michael Long are superb, whilst the key position depth, led by Pavlich is sublime, with Brian Lake, Nathan Bock and Jay Schulz some seriously strong contested marks.

For the Swans, they have an elite starting midfield. Naitanui in the ruck, with Stephen Coniglio, Michael Walters and Andrew Embley at the stoppages, you would back them in to win the midfield battle. Up forward, the likes of Charlie Cameron and Jeff Garlett would create havoc at the feet of their key forwards, while Lewis Jetta‘s elite kicking and Rance’s intercepting ability means they have some strong players across the field.

They have one elite player in Pavlich, and then some incredibly talented players bordering on elite in Long, Camporeale and Lake, but as a whole, the Eagles are just a really even squad. After the top couple of players, there is not much to separate them which is good, but also difficult against teams with a bit more class and talent overall.

For the Swans, it is that depth and little pockets in different parts of the field where they just fall short. In many ways, the Swans are the opposite to the Eagles, in the fact they have a number of elite players, but just fall away in the second half of the squad.

This could be one of the more tough matches to pick. Some might think the midfield battle won by the Swans would be enough to see them get home, whilst the Eagles depth could see them make it through too, and it makes for an interesting vote. 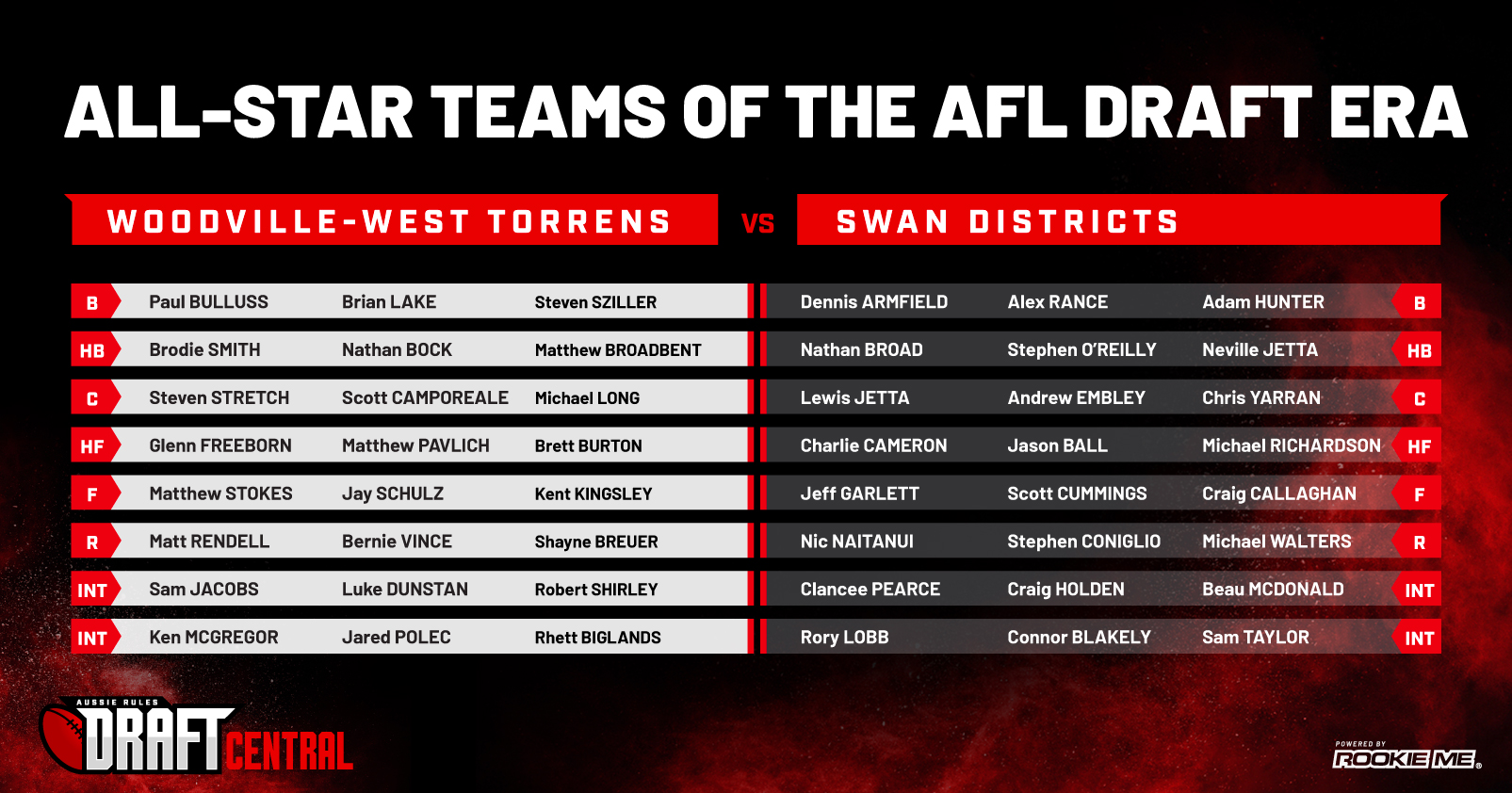 Which All-Star Team do you pick?
Created with QuizMaker 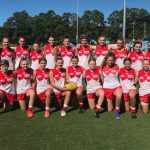 A NUMBER of talented junior footballers have put their hand up for the NSW/ACT squad to take on Tasmania in June after some impressive showings in the recent Youth Girls Northern Academy Series.

Players were divided into two sides in the series, representing the GIANTS and Sydney Swans. While Brisbane Lions won the overall series, the GIANTS pushed them all the way in the opening game, falling one-point short of victory. The GIANTS did pick up a win – against the Swans – with a five-goal victory in a high-scoring contest. The Swans did not win a game but were competitive in each outing and showed promising signs of improvement throughout the tournament.

“The Northern Academy Series over the weekend in Coffs Harbour was a huge success,” said Barr. “It was great to see how much the girls seemed to develop in such a short space of time. “The girls were really competitive and acted in an elite manner throughout the weekend, which sets them up well in terms of a pathway towards AFL Women’s.”

Barr said while all the girls played well, it was Georgia Breward and Tash McKay who caught her eye across the weekend.

“Breward is a small player whose skills, courage in the game and decision making skills were a real stand out. I also loved McKay’s ability to know when to leave her opponent in the back line to take an intercept mark – she is also really strong in her attack on the footy.”

He was a huge topic of conversation during last year’s AFL Trade Period, but Collingwood running defender Sam Murray is beginning to silence the critics. At the time, many pundits questioned why Collingwood had traded a future second round pick for an unproven player who was yet to crack it for a game in Sydney.

The 20 year-old has already shown Collingwood fans – and indeed the rest of the competition – why the Pies had faith in him. Murray has added line-breaking speed and composure to a Collingwood back six that has been crying out for exactly that for some time. He replaces the retired Ben Sinclair and delisted Jackson Ramsay who had played Murray’s role in past years. The former Henty product always had talent but had to do it the hard way to make it into the AFL system.

After being unsuccessfully tried as a forward, Murray won Team of the Year honours at North Eastern Australian Football League (NEAFL) level last season, and caught the eye of Collingwood recruiter Derek Hine. The Pies took the punt on Murray with a second round pick and exchange of later picks, which could prove to be a bargain at the end of the season. If his Round 3 Rising Star nomination is anything to go by, Murray could prove a great steal for the Magpies.

Swans win ‘Battle of the Bridge’ over GIANTS

Sydney Swans have bounced back from their loss against Port Adelaide in Round 2 to knock off cross-town rivals the GIANTS. In what was an entertaining game, Sydney defeated the GIANTS 16.7 (103) to 12.15 (87), thanks to an inspired performance by Lance Franklin. ‘Buddy’ kicked a miraculous goal – one of two for the night – but racked up 22 disposals and 10 marks, playing further up the ground and impacting the contest. Callum Sinclair had 45 hitouts, but was beaten by Jon Patton who played the best game of his career with 19 hitouts, but seven clearances, 10 tackles, six inside 50s and a goal from 19 disposals.