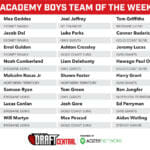 GWS GIANTS Academy and Gold Coast Suns Academy had a couple of impressive wins on the weekend, and the pair was rewarded by having a combined 11 players in the Draft Central Academy Series Team of the Week for Round 6. The GIANTS had six players in the team and the SUNS had five, the same amount as narrow losers, Sydney Swans Academy. Brisbane Lions were overwhelmed by Dandenong Stingrays, while Northern Territory went down to Northern Knights, and both sides had four players in our Team of the Week.

The GIANTS had plenty of contributors in their win over Murray Bushrangers, with midfielders, Tom Green and Jeromy Lucas making the starting side, as did forwards, Liam Delahunty and Harry Grant. Lucas Conlan and Ed Perryman also made the side after impressive efforts and made their way onto the four-player bench. The SUNS’ nominees are spread across the ground as well, with Team of the Week regulars, Connor Budarick and Ashton Crossley named through half-back and the middle, while Hewago Paul Oea makes the team again for his work up forward. Speaking of forwards, Josh Gore and Max Pescud also made the team for their efforts around the big sticks.

Despite a loss, Sydney still had plenty of contributors, three of which came in the back half as Max Geddes, Jacob Dol and Luke Parks all slotted into the defensive structure of our team. Errol Gulden found his place on the wing again, while Aidan Watling also made the 24-player squad. Brisbane Lions’ heavy loss to Dandenong did not stop them having four representatives in the team, with defender Tom Griffiths, forward Noah Cumberland, ruck Samson Ryan and midfielder Will Martyn squeezing into the team. Northern Territory also had four players in the team, with Ben Jungfer and Joel Jeffrey made it once again, while Malcolm Rosas Jr was superb alongside Shawn Foster in the front half of the ground. 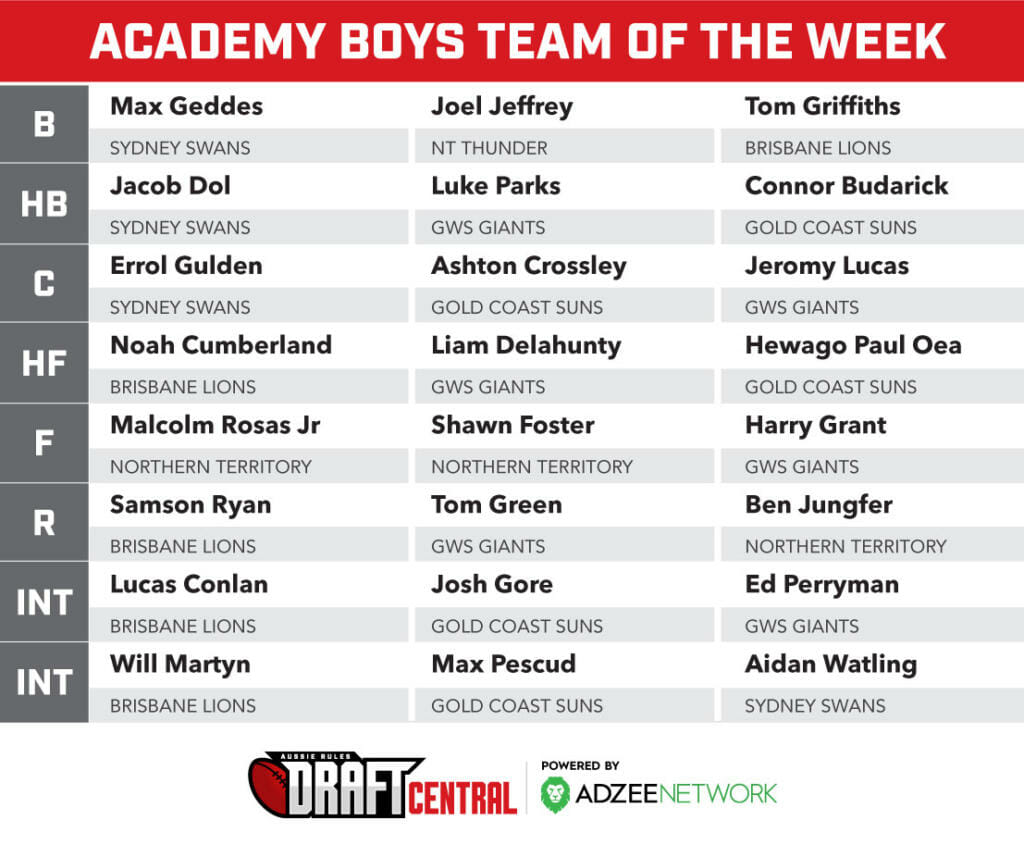