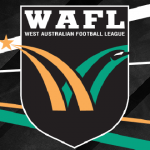 IN Round 17 of the West Australian Football League (WAFL) Colts competition, Subiaco defeated Perth by 58 points at Mineral Resources Park.

Below were the most notable players in the game.

On a tough morning for the Demons, Clarke was a shining light for them. Against the Lions, Clarke accumulated 26 possessions, recorded eight inside 50s, laid six tackles and grabbed four marks in a performance that should see his draft stocks rise. His power and strength in the contest to win clearances was excellent.

The 2016 WA U15s State Schoolboys representative tried hard in defence for the Demons, often trying to thwart the Lions’ attacking forays. He finished with 14 possessions, seven hitouts, six marks, and three tackles in a solid performance.

The 2018 AFL Under 16s All-Australian defender showed off his versatility by playing as a midfielder for the Demons. Against Subiaco, O’Driscoll collected a team-high 29 possessions, laid an equal-game high 10 tackles, grabbed five marks and recorded three inside 50s to be Perth’s best on a tough morning.

The York product showed encouraging signs as a hybrid forward. He finished with five possessions, two marks and three goals from limited supply. The highlight of his game came late in the second quarter when he was able to side-step an opponent before drilling through a goal.

The 16-year-old tried hard for the Demons playing across the half-back line. The Redcliffe junior racked up 22 possessions, grabbed three marks and took two marks as he tried valiantly to thwart Subiaco’s frequent forward entries, while also trying to provide serviceable rebound.

Stationed in the back pocket, Garlett tried hard all day for the Demons, often trying to halt Subiaco’s attacking momentum. He finished with 13 possessions and four marks on a difficult morning for the Perth defenders.

The Subiaco captain led his side exceptionally well, often throwing his body on the line to inspire his team to victory. He finished with 17 possessions, four marks, two inside 50s and two goals, playing across the half-forward line.

The Kalgoorlie product was lively for the Lions across the half-forward line. Against the Demons, he accumulated 15 possessions, recorded five inside 50s and laid three tackles, playing an excellent link-up role.

The 2019 AFL U16s All-Australian defender showed why he is considered to be a leading West Australian prospect for the 2021 AFL Draft. Playing as a third-tall defender, Morris racked up 11 possessions and grabbed seven marks, often intercepting Perth’s attacking forays.

The North Beach junior continued his excellent 2019 campaign with another sensational performance. He collected 28 possessions, laid 10 tackles, grabbed five marks and recorded three inside 50s to be one of the best players on the ground. He has firmly cemented himself as one of the best midfielders in the competition.

Stationed at centre half-forward, Henderson always carried a presence for the Lions. He finished with 10 possessions, 11 hit-outs, three marks and two goals in a powerful performance. The highlight of his game came in the third quarter when he was able to take a contested mark inside attacking 50, before coolly slotting a goal.

In arguably the best game of his short six-game WAFL Colts career thus far, Patterson was excellent in the midfield for the Lions. The 17-year-old collected 14 possessions, laid 10 tackles, grabbed three marks, and recorded two inside 50s in a solid performance.

Playing as the third tall forward, Foley showed plenty of positive signs. His final stats were eight possessions, four marks, three inside 50s, two tackles and three goals. His desire to throw himself into every contest would have pleased the coaching staff, and his goal nous is excellent for someone his age.

Having been forced to play as an undersized ruckman, Duyckers showed plenty of promise despite only standing at 190 centimetres. He always competed in every hit-out contest, covered the ground well and he made competent decisions with ball in hand. He finished with 14 possessions, 26 hit-outs, five tackles and four inside 50s.

Arguably the best player on the ground, Clinch showed why he is one of the most consistent and prolific midfielders in the WAFL Colts competition this year. He finished with 32 possessions, seven tackles, six inside 50s, four marks and two goals (and three behinds). The highlight of his game came in the last quarter when he was able to burst from a stoppage and drill through a goal.