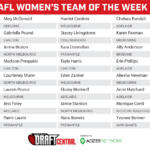 ADELAIDE and Melbourne have dominated Draft Central’s AFL Women’s Team of the Week for Round 3, making up almost half of the 24-player squad. Both sides had big wins over their opposition and had plenty of individual performers, with five players apiece named in the Team of the Week. Other winners, Carlton, Fremantle and North Melbourne all had three players named in the side, while the five losing sides had just the one nominee each.

Adelaide’s Ebony Marinoff broke the league disposal record on the weekend with 33 touches and slots straight into the midfield alongside teammate, Anne Hatchard, while Chelsea Randall, Erin Phillips and Jess Foley ensure all thirds of the ground are covered. Melbourne defender, Harriet Cordner‘s work on Brisbane goalkicker Sabrina Frederick-Traub was superb and she earns a place in the team alongside regular Karen Paxman, talls Eden Zanker and Lauren Pearce, and electric small forward, Aliesha Newman.

North Melbourne had another three players make the Team of the Week with debutant Courteney Munn making the side after four goals, while Jenna Bruton and Jamie Stanton also slot into the team. Fremantle captain, Kara Donnellan was named in the centre, while Parris Laurie and Kiara Bowers also made the team. Carlton had its first trio of players in the side, with young gun, Madison Prespakis and key forward, Tayla Harris both combining for six goals in the forward half for the Blues, while Gabriella Pound was terrific off half-back. 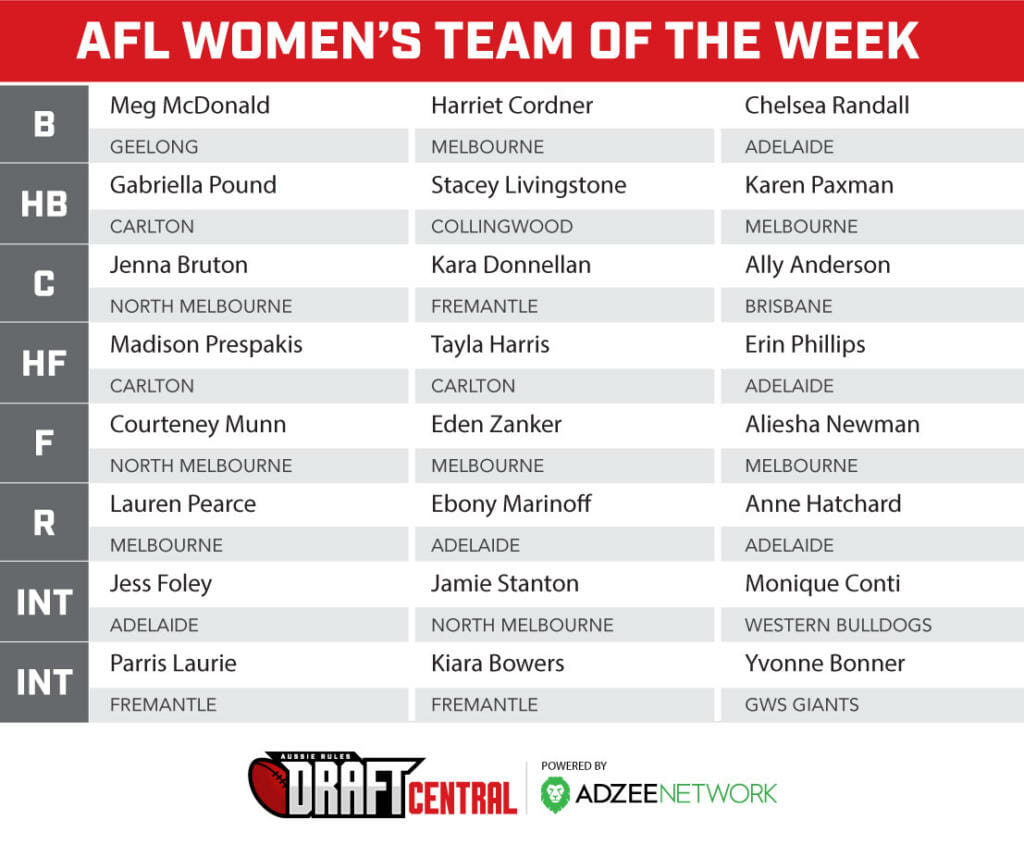 For the five losing sides, there was not a lot to cheer about, but Meg McDonald (Geelong), Stacey Livingstone (Collingwood), Ally Anderson (Brisbane), Monique Conti (Western Bulldogs) and Yvonne Bonner (GWS GIANTS) made the squad. 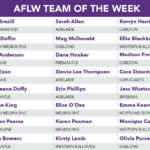 AT the conclusion of Round 2 in the AFL Women’s season, clear ladder leaders have emerged. North Melbourne, Western Bulldogs and Fremantle have all jumped clear to eight points, showing Conference A to be the stronger of the two conferences.

Round 2 of the AFL Women’s season was highlighted by many individual performances. Elise O’Dea, Ellie Blackburn – whose five rebounds and work in the defensive half allowed us to slot the midfield dynamo onto half-back – and Dana Hooker all polled 10 coaches’ votes for their dominant midfield displays, while Adelaide’s Stevie-Lee Thompson became the third Crow behind Erin Phillips and Sarah Perkins to kick four goals in a match.

North Melbourne’s commanding performance over GWS GIANTS on Friday night saw the Kangaroos rewarded with three players in the 24-player AFL Women’s Draft Central Team of the Week, as did other winners, Adelaide, Fremantle, Melbourne and Western Bulldogs in an even team performance across the board.

The GIANTS and Collingwood had just the one nominee each, while other losers Carlton and Geelong had two, and Brisbane’s defeat still yielded three nominees in our Team of the Week. 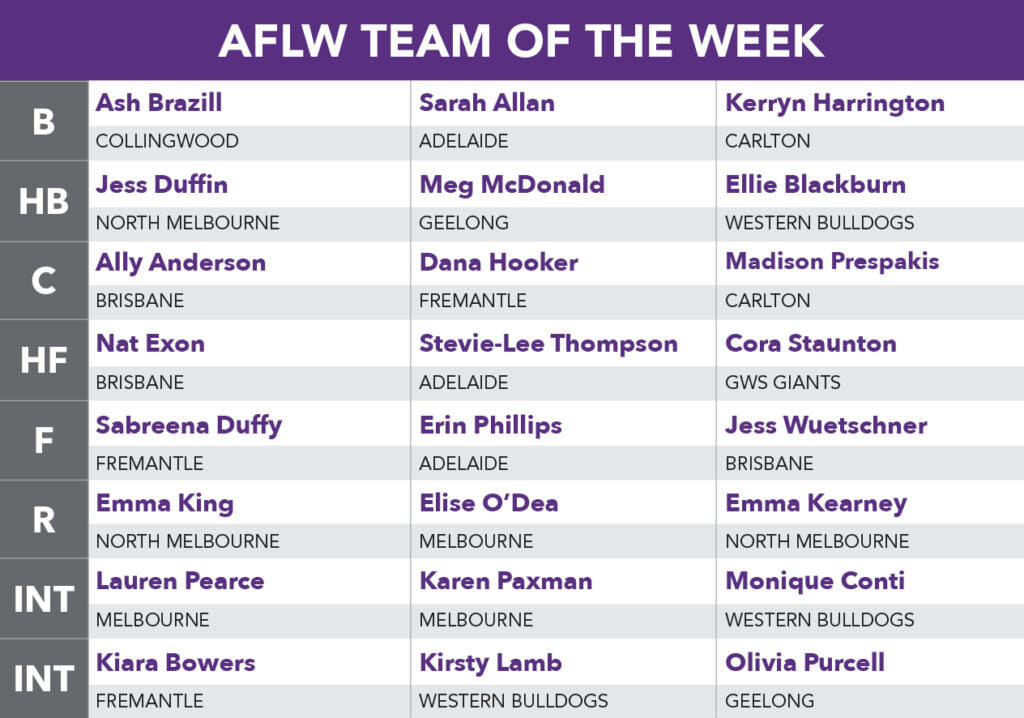