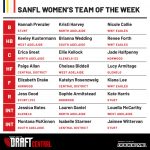 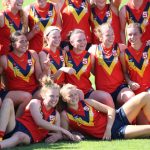 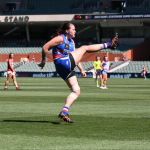 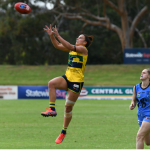 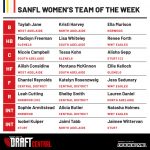 Charlton is considered South Australia’s top prospect for 2020 and it is easy to see why. In 2019, Charlton caught the eye at the AFL Women’s Under 18 Championship and played all of the three games rotating between midfield and half-forward. Having turned 18 already this year, Charlton has backed up her impressive middle-age year with a strong start to the SANFL Women’s season with South Adelaide, and no doubt would look to collect back-to-back All-Australian accolades if the AFL Women’s Under-18 Championships gets underway. What sets Charlton aside from a number of other talented prospects is her ability to fly for marks, but also get the job done at ground level. In 2019, Charlton made the All-Australian side off the back of 14.3 disposals, 2.3 marks, 2.3 clearances and 3.3 inside 50s, but the stat that stood out was her whopping seven tackles per game.