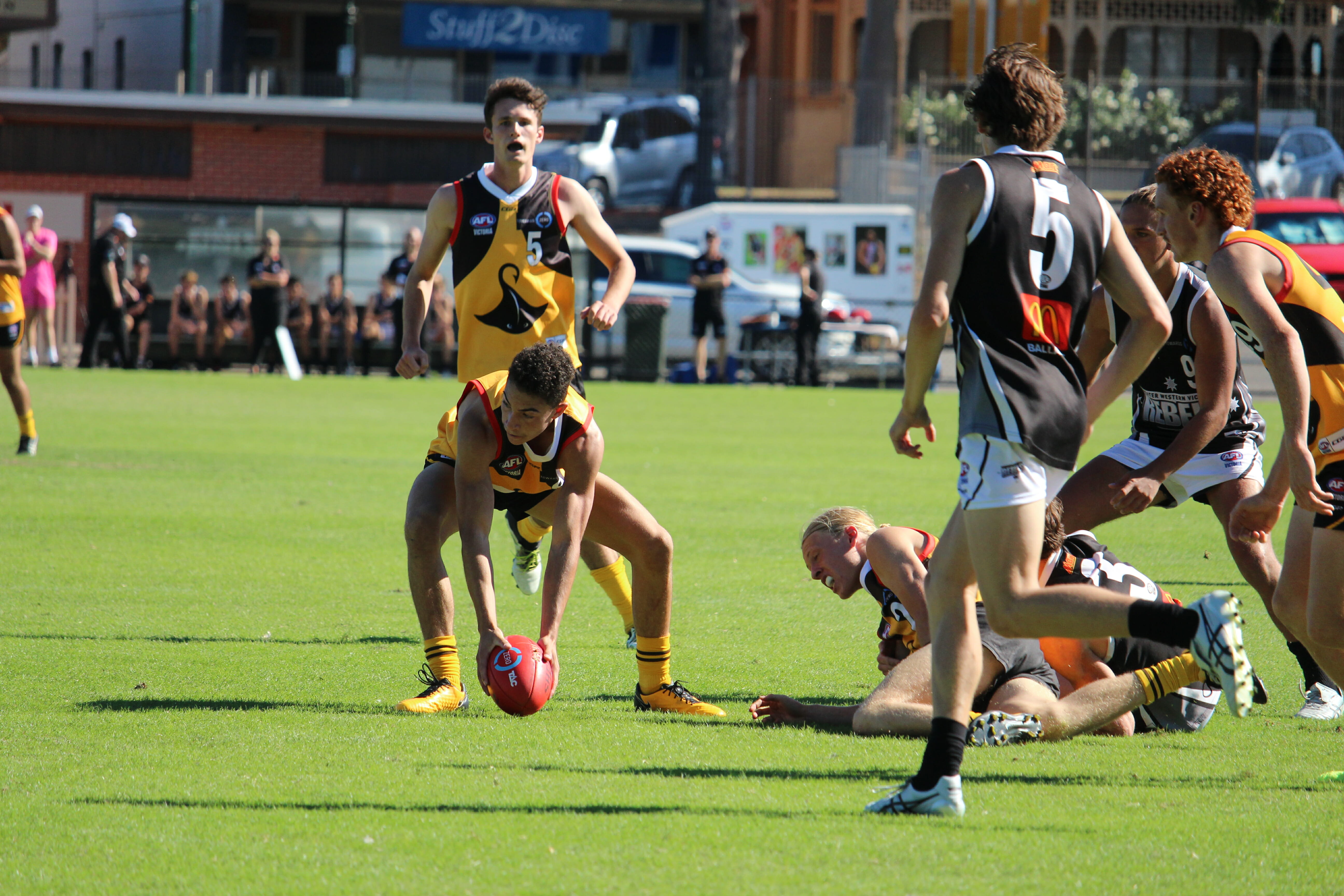 DRAFT ANALYSIS: "An exciting, versatile player, who has plenty of class and is clean at ground level."

Zac Foot was overlooked by the Dandenong Stingrays in 2017 and ended up playing for Langwarrin in his bottom-age season. With a second crack at it this year, the talented midfielder not only earned his spot in the side, but made his debut come Round 1 after impressing in practice matches. From then on, Foot became an important part of the Dandenong side and even saw his way to a Premiership. Last year, unclear of his future, Foot now faces draft night and poses a real chance to take on the AFL level.

In Dandenong’s premiership win, Foot was brilliance personified. Whenever he was near the footy, something amazing would happen. He covered the ground well, applied good pressure in the forward line and kicked two goals. For the regular season, he averaged 14.2 disposals, 3.6 marks and a goal. He also held his own in the National Under 18 Championships and is brilliant to watch. He has achieved a lot since his time at Langwarrin and still might have more to add to his resume come draft night.

If you have ever seen Foot play football, the first thing people often note is his speed. While his Combine numbers have shown a different story, nobody can deny Foot’s ability to cover the ground. Foot is one of those players that does hold great acceleration, but can maintain a good pace once he is up and going. He boasts an impressive outside game, loves to move with the footy and passes well by foot. If picked up, it will be for these reasons and the hope that they can develop him into a strong outside player. He has the class to make it happen and a talent for creating opportunities just by being around the ball. His run and carry is elite, but he is also not afraid to get in the contest and take the ball for himself.

Foot’s versatility can also be seen in his forward presence. He applies intense pressure in Dandenong’s forward half and attacks the ball carrier well. In front of goal his kicking remains strong, showing a great understanding and instinctual attack on the footy. His versatility also rolls over to his surprisingly strong overhead marking, as he uses his good read on the footy to beat opponents. Foot is classy and driven for success. He brings a competitive but composed brand of footy which compliments any team and displays a level of cleanliness similar to that of AFL players. What compliments Foot’s game so well, is his work rate, which is how he is able to cover the ground well. He is able to get to multiple contests and have an impact, such as in Round 4 against the Western Jets at Shepley Oval, where he gave off the handball in the middle, but kept running and received it back inside 50 to kick a goal.

Foot is a player that while he covers ground well and can maintain a strong top speed, he does not have the burst that some other midfielders have. On the field, he seems a gear above his opposition, easily and swiftly finding space with the ball in hand. However, his take off speed needs some work and could be corrected with some dedicated training; how much it really matters is still yet to be determined. Another issue that he will need to address fast is his consistency. Foot can drop his numbers between games and seem a little underwhelming compared to his better weeks. These factors keep him out of higher contention. As a player he offers class and clean skills but not on a consistent enough level to be considered in the Under-18 elite. He has low production at times, but is worth noting he has the ability to be a high-impact per possession player. Another area that obviously does not impact him, but fans might notice is a little bit of an awkward kicking style, where it is almost a drop kick when on the move, but given it seems to work for him, it is not a huge issue.

Since his time down at Langwarrin, Foot has proved himself to be a star footballer in the making. His run and carry, and ability to find space are standouts in his game as he continues to demonstrate clean and precise kicking. He is a player of pure class and versatility, who covers the ground well and knows how to apply important pressure. He won’t be taken too high in the draft due to some consistency issues but if worked and trialled in the AFL, could impress for the right side. His outside game is strong, and he continues to show glimpses of strength inside, so with the right development he could get a chance at the next level.