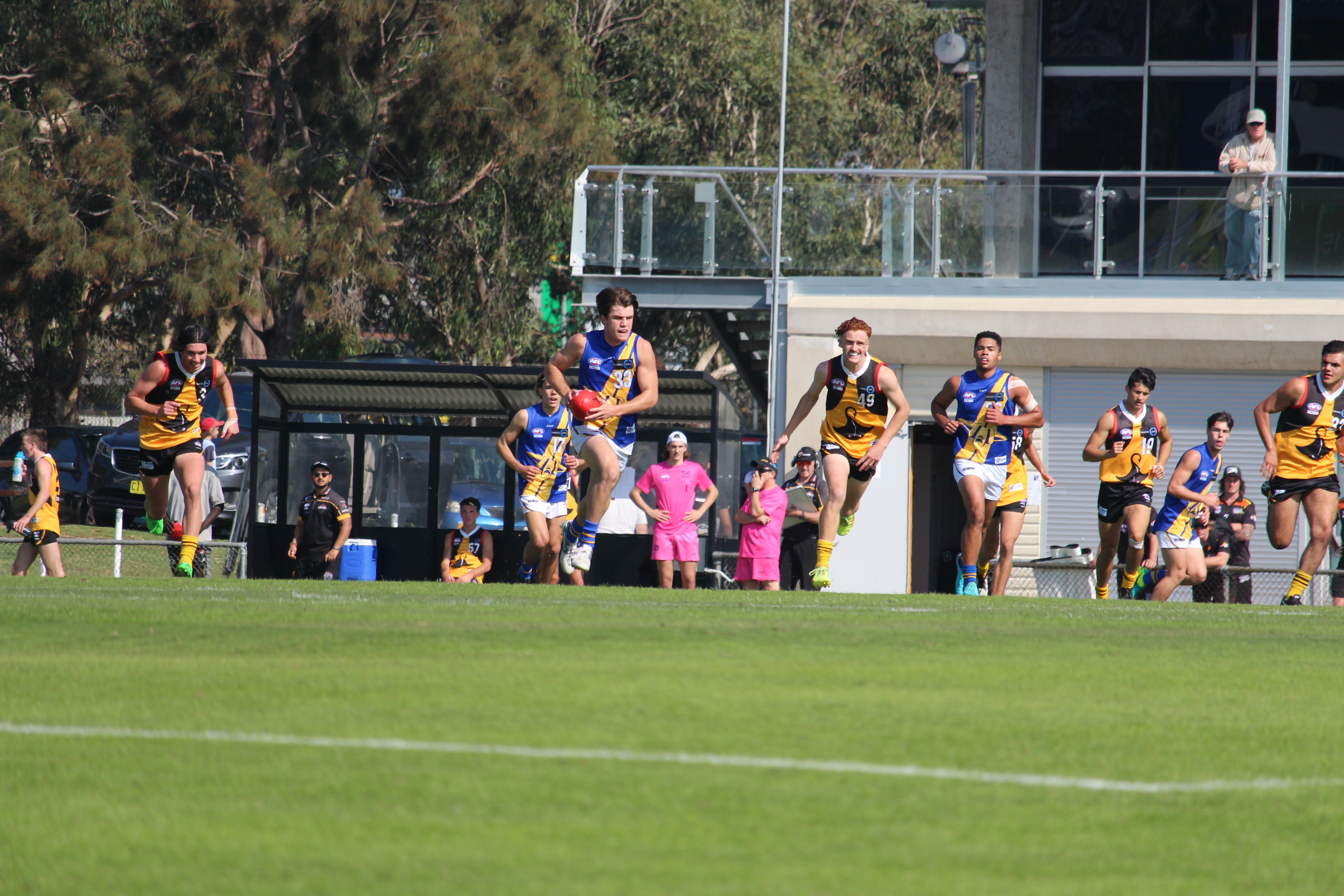 DRAFT ANALYSIS: "The Vic Metro captain has fantastic athleticism, great vision and a strong inside game."

O’Halloran has been instrumental for the Western Jets this season, with the contested midfielder showcasing his effective stoppage and clearance work throughout the year.  His acceleration out of the contest has been first class and his ability to obtain first possession has caught the eye. O’Halloran was the obvious choice for the captaincy of the Jets, with the way he can inspire and impact the people around him. He was also awarded the captaincy of the Vic Country squad in the middle of the year, which signifies just how influential and important his leadership traits are.  After impressing throughout the National Championships, specifically when he gathered 16 disposals (nine contested), seven inside 50s and two score assists against the Allies, O’Halloran’s draft stocks have risen, moving into first-round contention.

O’Halloran is a strong, inside midfielder who wins the majority of his possessions in tight. His clearance work is terrific, and he consistently wins first possession at stoppages. He’s extremely quick for a 186cm inside midfielder – recording a 2.947-second 20m sprint in the pre-season testing and 2.96 seconds in the National Draft Combine. O’Halloran’s agility test results were just as impressive, running it in 8.163 seconds (pre-season) and 8.063 seconds (National Draft Combine). It is these athletic traits that make O’Halloran stand out from the pack when it comes to inside midfielders. At TAC Cup level he was a proficient clearance midfielder, and he was not alone in that area at the Western Jets, but he was also afforded the ability to go to the outside and impact along a wing or as a leading forward too.

His acceleration has been a handy addition to his game, using it to burst away from stoppages to move the ball forward. O’Halloran is a very tidy ball user and is good decision maker, especially by hand. He is able to create effective passages of play with his vision, decision-making and execution by foot, which is why he’s regarded a possible first-round selection. O’Halloran also has good aerobic capacity, with the Western Jet finishing fifth highest of those the participation in the yo-yo test at the beginning of the season and again at the National Draft Combine. Throughout the TAC Cup, he was able to boot goals in nine of a possible 13 games, proving that he’s a damaging goal-kicking midfielder. He has a high impact per possession and can play midfield or forward having an impact for his side. Add all that to his fantastic leadership and tackling pressure, and O’Halloran has the perfect balance of offensive and defensive weapons as well as the right character going forward to the elite level.

Even though O’Halloran may be one of the best contested and high-impact per-possession players in the draft, his numbers are not particularly, attention-grabbing. He has not had massive numbers on the stats sheet, with the midfielder only amassing 25 disposals twice during the regular TAC season and 20 disposals or under, nine times. If he is able to add another string to his bow by increasing his disposal numbers, his output will be even greater. The other improvement that he could sharpen up is just his consistency by foot. His vision and decision making is very good, but sometimes he can just miss with the execution. O’Halloran kicked at 42.5 per cent efficiency in the TAC Cup but just 9.4 per cent of his kicks were clangers, which is a positive sign. His best kick is the low dart inside 50 after bursting out of a stoppage, but on occasions he will make some mistakes when kicking to contests and that is where his low efficiency comes from. At the championships, he ran at more than 70 per cent because he played predominantly forward and was afforded more time and space. It is an area he will undoubtedly be working on to improve.

O’Halloran still remains a first-round contender. His leadership qualities alone make him a more attractive option than other midfielders in the draft. His competitive nature, clearance work and contested ball-winning ability will definitely be a handy addition to a midfield lacking in those areas. He is the type of player that his teammates and coaches will look to when it comes to finding motivation and inspiration in difficult situations. He has the potential to become a 200 game player and captain of a professional football club in the future. He will continue to build on some of the improvements he could make to his game, but in terms of consistency across a game filled with plenty of weapons, he is one that will not last too long on AFL club draft boards.