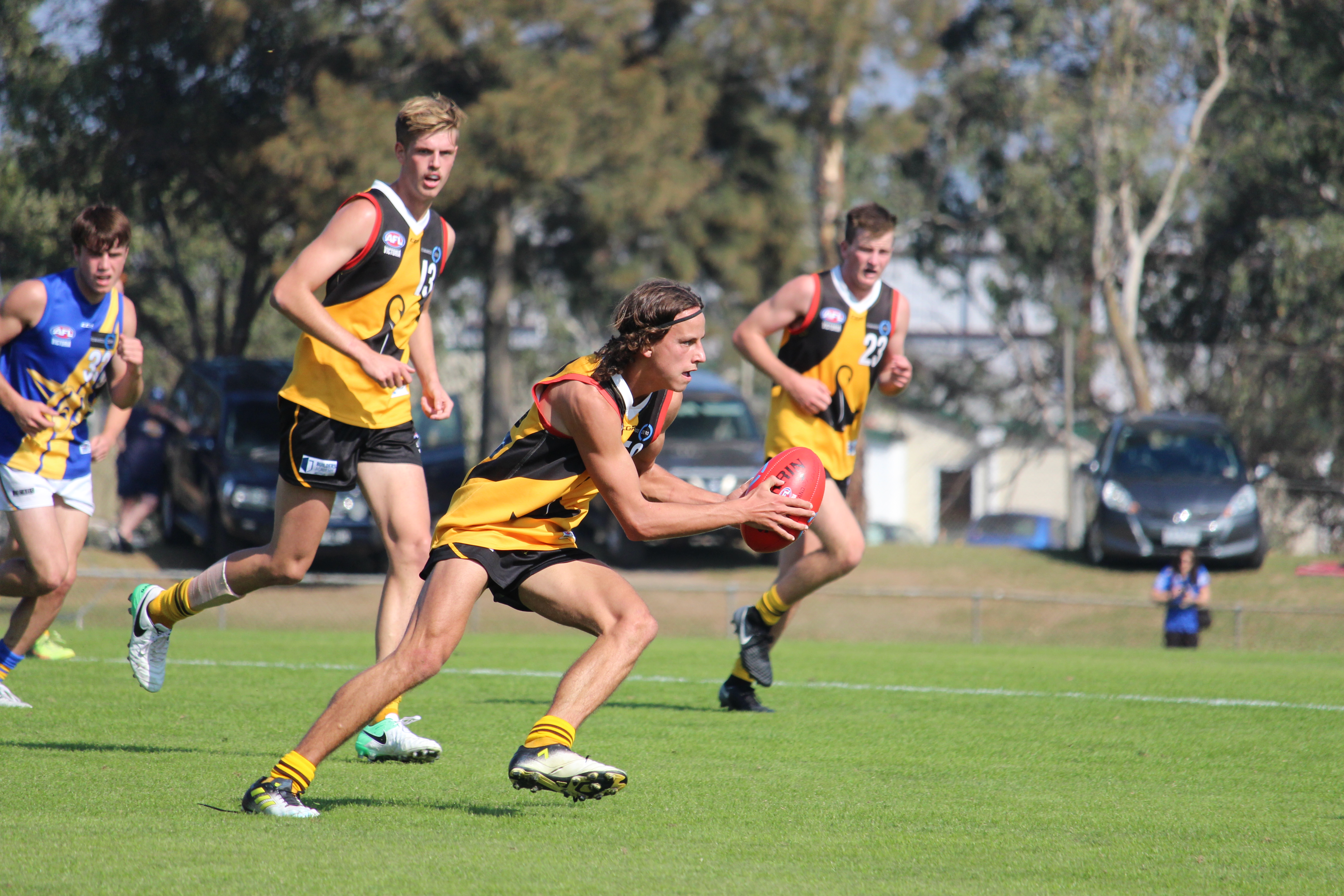 DRAFT ANALYSIS: “An athletic and skilled defender with a lot of upside and versatility.”

Will Hamill has been a regular in the Dandenong line-up for two years, despite his light frame he played 20 games last year which is an impressive effort. Hamill got to represent Vic Country playing in his favoured role down back and despite not getting a lot of the ball still had some eye-catching moments. Hamill was a player known to most draft watchers and recruiters going into the start of the year but his form early especially with ball in hand was not as good as expected but Hamill worked through the early jitters to start playing some good footy especially late in the year where he arguably played his best games. His finals performances were impressive being named second and fourth best in the preliminary and grand final with his grand final performance holding the most weight especially for the hard edge he had shown early in the game. Hamill had an up and down year, but his mix of attributes and finals form has him firmly in draft calculations.

Hamill is silky by hand and his trusty left boot can cut teams apart. His kicking especially with short passes are usually penetrating and find the target more often than not, he favours the short option a lot of the time which would help his efficiency numbers. By hand he is incredibly clean and it is very rare that he will miss a target by hand, and very rarely fumbles the ball. His strong hands are also valuable in marking contests  where he is also a good judge overhead and willing to go back with the flight. He has taken many courageous marks above his head including some playing for Vic Country.

Hamill mostly plays down back but he can go forward and even through the midfield. As a forward he uses his decent leap to prove a difficult matchup overhead and his clean ball handling also makes him dangerous when the ball hits the deck. He is also a willing tackler not afraid to put his body on the line so he could easily fill a forward role if needed. As a midfielder he lacks the size to be an effective contested player but when he is able to win his own contested ball he will often use good composure and his clean hands to release the footy. Hamill has electric speed and a good leap which would lend him well to playing at either end of the ground. He showed off his acceleration at the National Draft Combine, recording 2.914-second 20m sprint, a 8.222-second agility test and a 21.4 Yo-yo test. The latter showed the athletic play maker also has a large tank which helps him run out games and play in multiple positions where required.

Hamill has only averaged around 15 touches a game which is fairly low compared to most running defenders in the AFL, you could say quality outweighs the quantity but it is still an area to improve and this is a factor no mater what position he has played thought-out the year.

Hamill is still very lightly framed at 185cm and 70kg he would need to add some size before he can impact at the next level with the hope that it would not effect his athleticism which is a major part of his game. At 185cm he may be required to play on the taller players at the next level and although he has a good leap he would not definitely need to add some weight to his light frame to able to compete one on one.

Hamill has a lot of upside despite the relatively low production but with the amount of impact he can have with his low numbers and his impressive finals series he has done enough to suggest he should find a place on an AFL list come November. He has the tools that recruiters like with his upside, athleticism and overall skill amongst the best in this year draft. If he can improve his production levels and develop an AFL ready body he could be a real surprise packet at AFL level able to play so many roles but hopefully as a dangerous rebounding half-back.