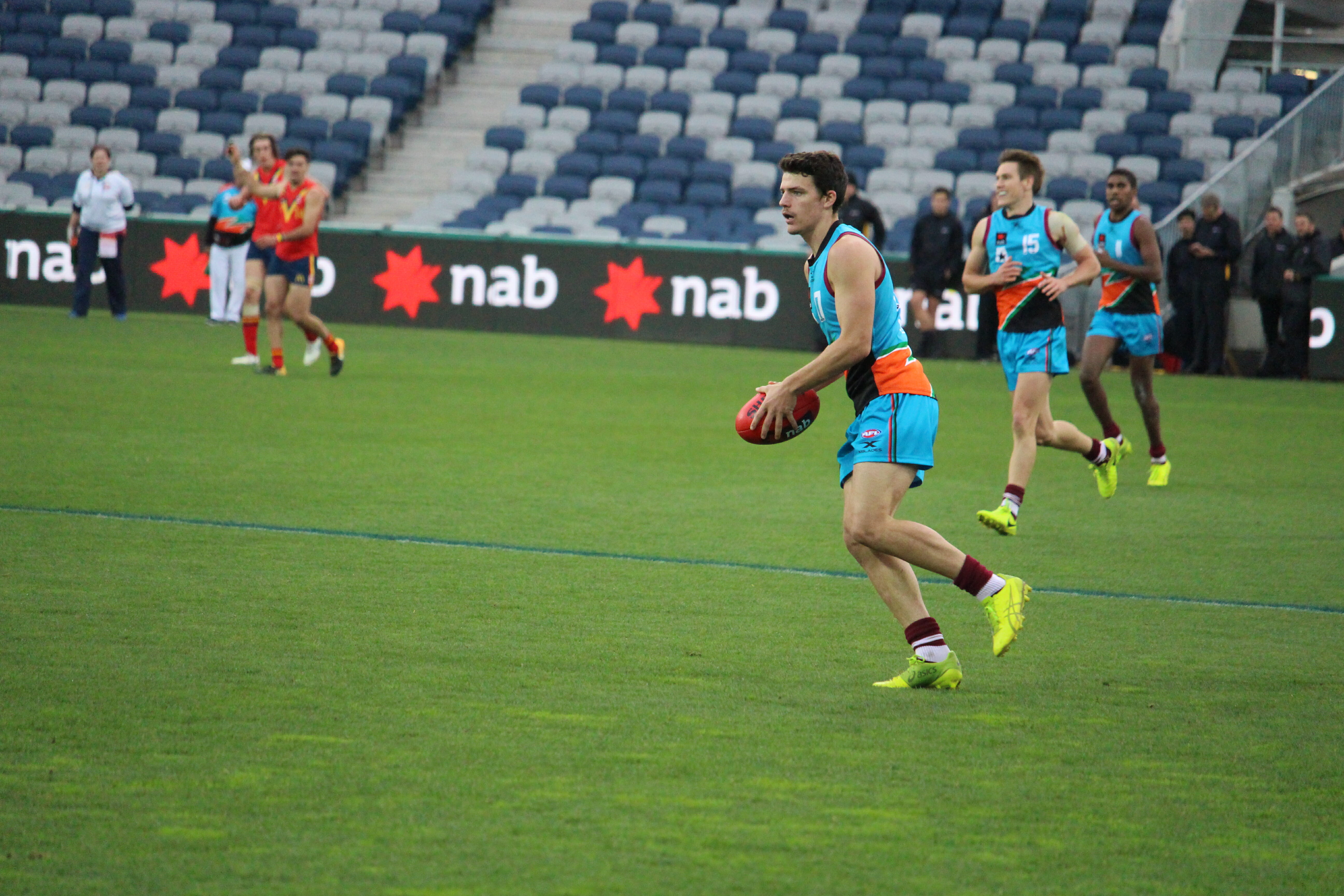 SUMMARY: Tom Matthews is a player who has been a highly rated prospect in northern Australia for some time and yet looms as an underrated prospect heading into the National AFL Draft. The knocks on him are his endurance – he scored 20.6 on the yo-yo test – and his inside game, building more on his clearances and contested work. But he also has no shortage of strengths, with elite kicking, great vision, decision making and class to boot. He is your traditional outside midfielder who does not do a lot wrong, though he was often overshadowed in the Allies side. He played more in defence, averaging 13.5 touches and 3.3 rebounds in the National Under 18 Championships rather than his usual midfield role. He is not afraid to tackle – laying almost five per day – and one of his greatest strengths is his overhead marking for his size. He is well built with a strong core which helps him more often than not win in a one-on-one contest overhead and despite being 184cm, has a good vertical jump which helps as well.