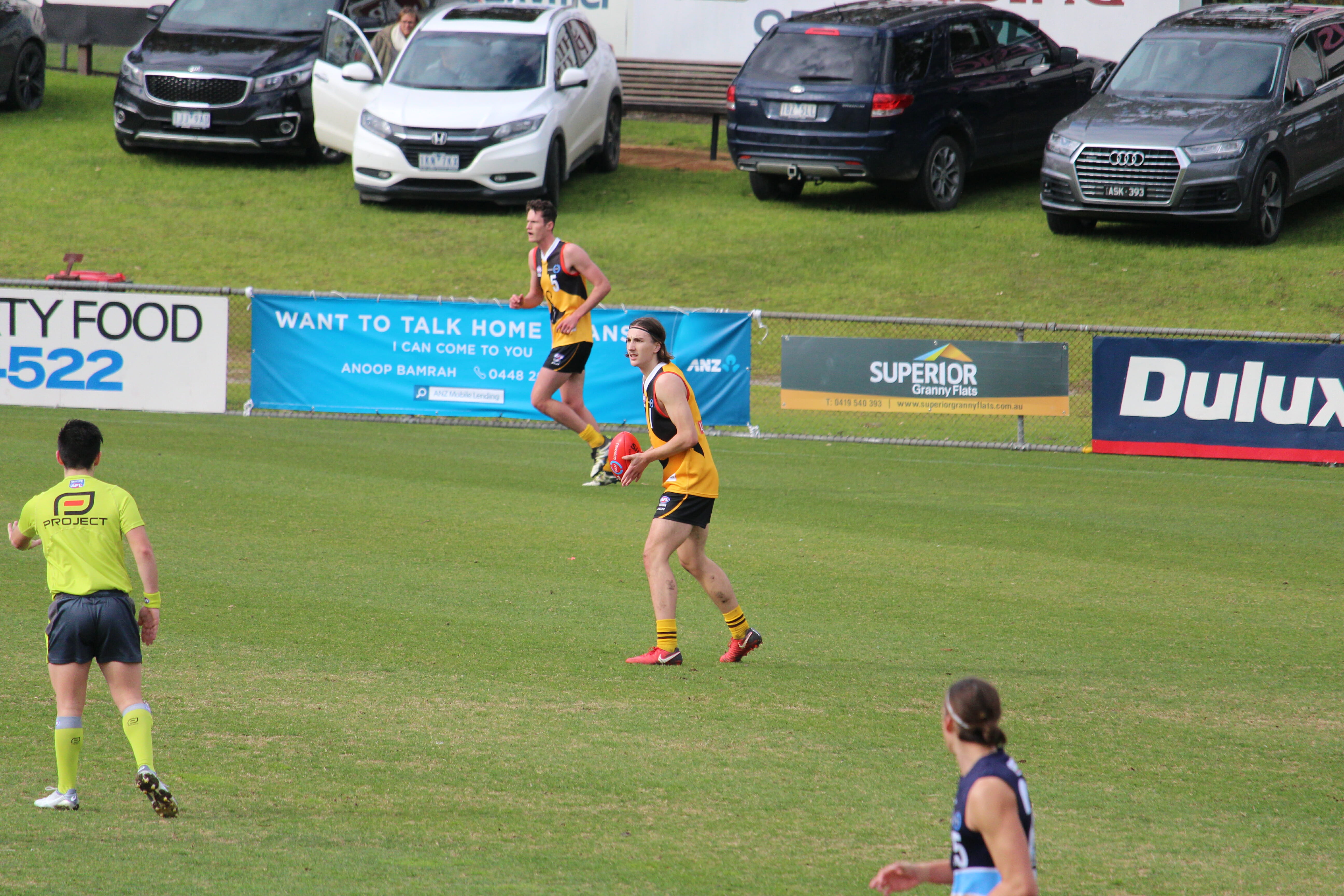 SUMMARY: Injury did not help the AFL Academy member who was one of the shock omissions from a National Draft Combine invitation.  Dandenong generally plays a team-oriented game where not too many midfielders win truckloads of the ball, but Fletcher’s inside presence allowed him to rack up 23.5 disposals per game, predominantly handballs out of congestion into space. His tenacity and courage throughout adversity saw Fletcher return to the Stingrays in the second half of the season and become a vital member of the midfield brigade. Indicative of his courage, Fletcher finished the TAC Cup Grand Final sore and bloody – literally bleeding for his club. The reasons why he might have missed out on a National Draft Combine invitation could be his kicking, which can be inconsistent at times, and the fact he does not hit the scoreboard much for a midfielder. Most of his good work is done in close, and for clubs looking for a courageous inside midfielder who could easily play that role, and is a good size, Fletcher could be that player.