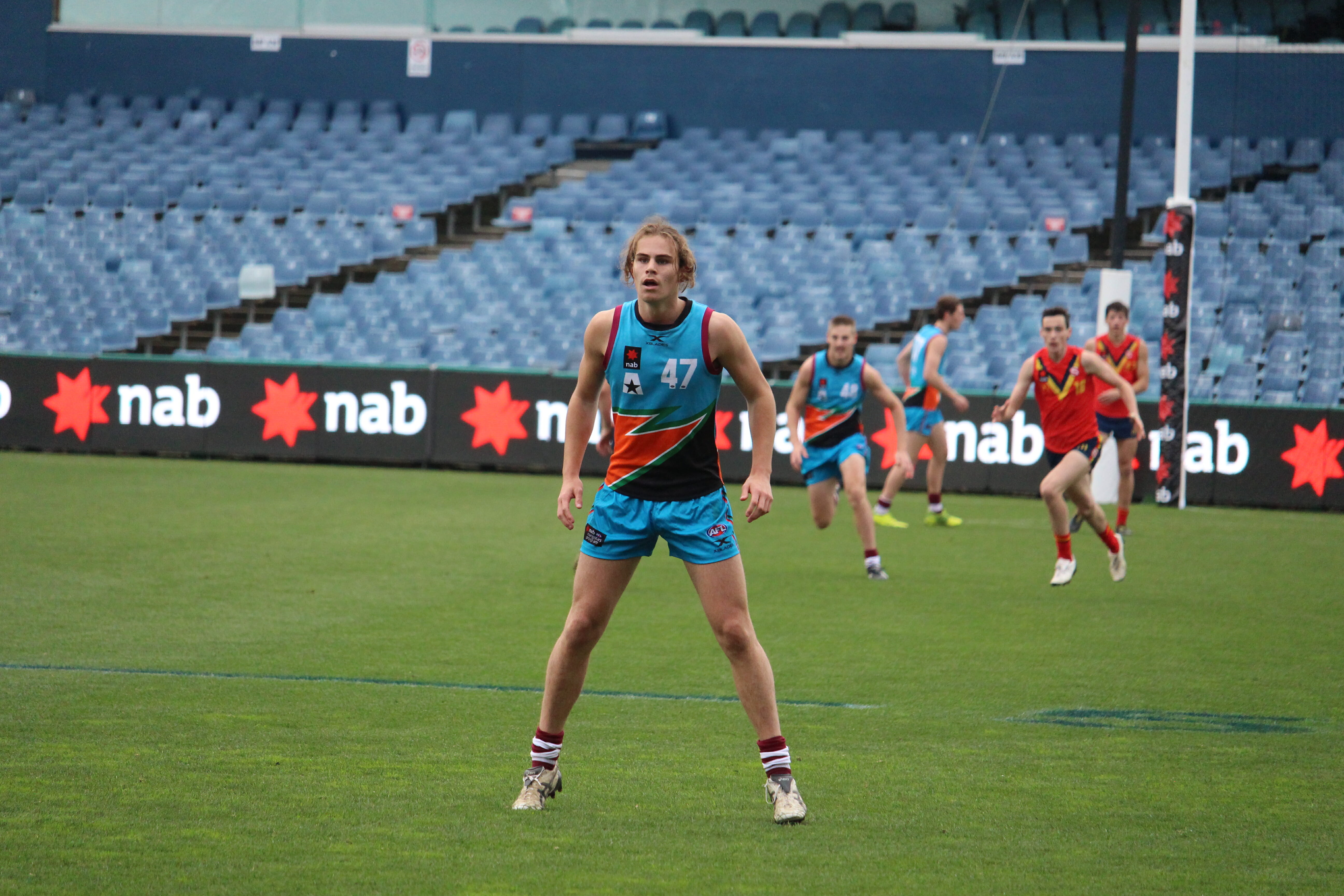 DRAFT ANALYSIS: "A smart, versatile player who has a nicely balanced game."

Nick Baker is a Lauderdale prospect from the Apple Isle, and while the likes of Tarryn Thomas and Chayce Jones have stolen the headlines this year, Baker looms as a solid prospect late in the draft with some good foundations for AFL clubs to build upon for the future. He is a natural footballer, more so than a super athlete, given Baker is not the quickest, nor has the biggest tank, but what he offers is a natural game sense in the back half, and the versatility to slot in anywhere. His kicking is very reliable and while he does not win a lot of it, he uses it well within his limitations and knows how to clear the danger. At 189cm and 81kg, he has the size to play tall or small, and did so throughout the National Under 18 Championships. At Tasmanian State League (TSL) level, he has played in the midfield before, often playing on a wing, and has even spent time in the ruck. Going forward, Baker is a player who might surprise a few in the future, as he was that player that you thought “gee he was really solid”. He does not have the eye-catching traits of some other players, but he also does very little wrong, and that in itself is a noticeable trait.

Baker has plenty of traits which stand out through his consistency in production. His kicking is solid, and he is able to hit targets more often than not, regularly having to win the ball in defence and be the player to exit the back 50. His defensive traits allow him to win the ball off the opposition through a strong tackle, and then dispose of it cleanly either through hands to a teammate in space while applying a shepherd, or kicking smartly to space where a teammate is lurking. He is able to do this well due to his high game smarts and ability to sum up the situation quickly and execute the plan well. He has settled into half-back this season for Tasmania and the Allies given his ability to read the ball in flight and then know when to peel off his man or when to remain one-on-one.

Baker’s positioning when under attack in defence is admirable, and he often is found matching it against both talls and smalls. For example against South Australia in the National Under 18 Championships, Baker played on both Jack Lukosius and Connor Rozee, showing his versatility at the same time. He did have some midfield minutes in the final game at Etihad Stadium, and used his size to win the ball on the inside, which gave recruiters a glimpse of what he is capable of. He is just the kind of player who is able to tick a lot of boxes in a well-rounded game.

While Baker is that well-rounded player, there are still areas he could improve upon. He is not the quickest player off the mark, and while he looks to move fairly well around the ground most of the time, he showed there is room for improvement off the first few steps, recording 3.16 seconds in the 20m sprint at the National Draft Combine. The more pressing matter is his endurance, managing the 20.1 which is low for the overall draft crop. He showed potential as a midfielder at the championships, but will need to continue to build his endurance base before he can move into the role full-time. He has been well settled in defence and it could be the role he plays at AFL level should he be selected. Finally, Baker could find more of the football, which he managed to do at junior level so he certainly has it in him, but he averaged just the 13 disposals at the championships, and another handful or so would make his impact more profound.

Overall, Nick Baker is a solid prospect with some impressive qualities, while also having a number of areas he can further develop. He might lack that massive X-factor that you see with top-end talents, but what Baker does offer is a consistent effort, and a well balanced game of both offensive and defensive weapons. Being smart, Baker can add other strings to his bow in time, while building a bigger tank. If Baker does land at an AFL club, expect him to be one that is able to settle in at any level and play his role to good effect.