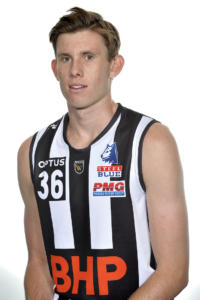 DESPITE being an overager, Ireland is still developing his game having stepped up to Swan Districts’ Reserves and League squads this season as a key defender. While he is not the fastest player, he is far from a complete slouch, and has decent mobility for his height which bodes well for shutting down increasingly mobile talls. He became a strong interceptor at the Black Ducks, and even managed a game for the Under-18 state side in 2019, with marking and endurance his strengths. Going forward, Ireland can look to improve on his consistency as he has the potential to hit the 15-disposal mark on the back of his endurance and reading of the play, while also building on his swingman status after spending some time up forward this year.