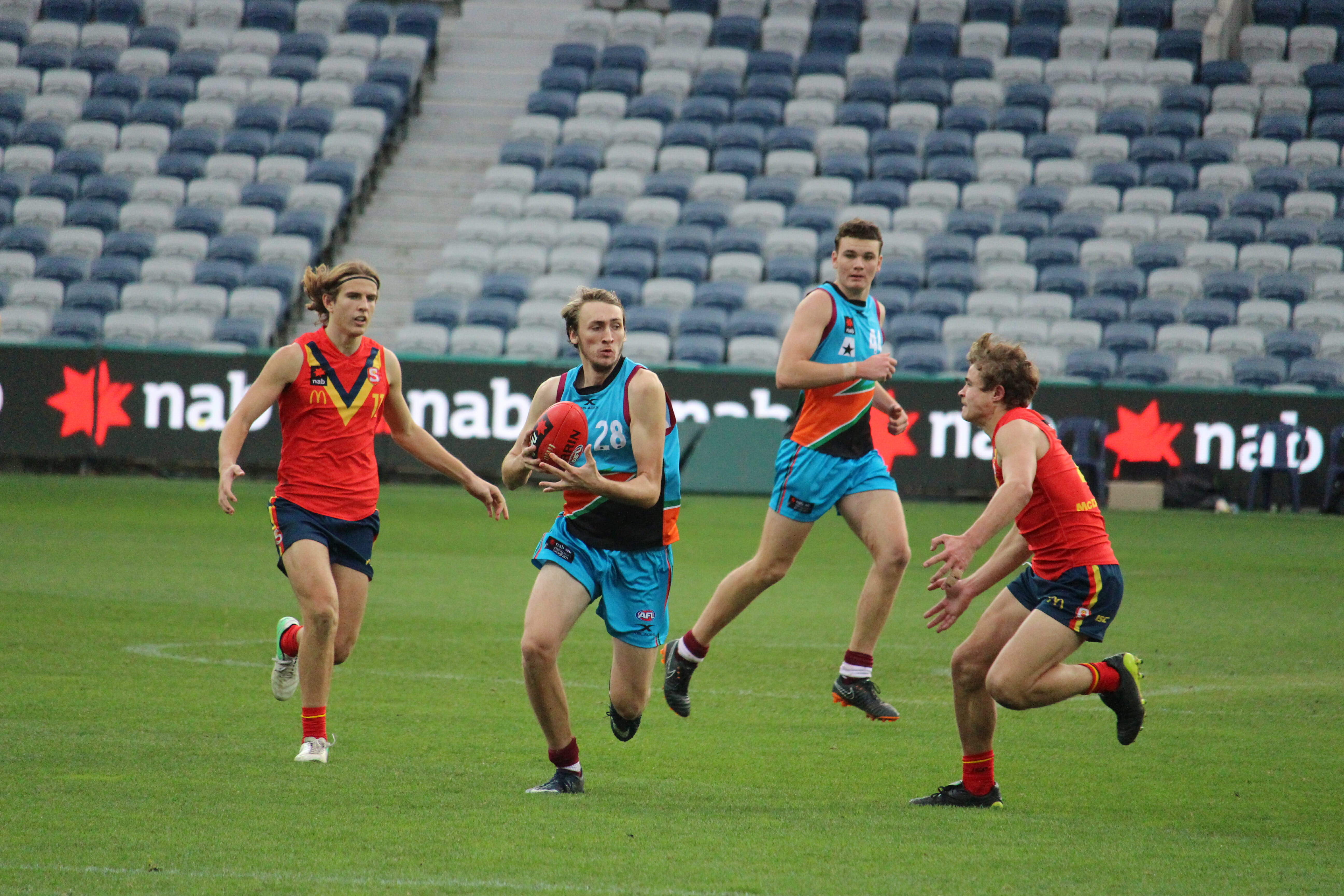 SUMMARY: A smooth moving outside midfielder, Matthew Green was Northern Territory’s highest rated prospect coming into 2018, as a member of the AFL Academy. His year had its share of ups and downs, with Green eventually ending up with a Rookie Me Combine invitation. He did not disappoint there, clocking up 3.03 seconds in the 20m sprint, 8.058 seconds in the agility test, and 21.4 on the Yo-yo test. His evasion and endurance is particularly noticeable in games, because he has that ability to come to a sudden halt and change directions on a time to bypass would-be tacklers. The biggest knocks on Green is to improve his contested work – which he managed to spend time as an inside midfielder in parts for Northern Territory in the Academy Series – and build greater consistency through matches – which is something that a lot of players in the under 18s have to work on. At just 79kg, Green is still quite light, despite putting on six kilograms this season – weighing in at 73kg at the start. With Green, clubs get a player who has not fully developed, meaning he has a high scope once he is able to put on more size, because he is that tall midfielder clubs are keen for, and he has all the athletic traits that fit with an outside runner. He seems a perfect rookie pick, given time to develop as a long-term prospect.