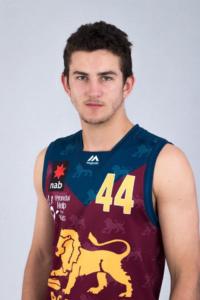 A KEY forward and one of the most talented Under-16 prospects in the land a couple of years ago, but injury has ruined the past two years for him. His talent when on the park is undeniable which was shown by the Brisbane Academy member’s State Draft Combine invitation. Brisbane has invited him back for a 19-year-old season next year, but Tozer has not gone without a few fans this season despite not managing games, earning the combine invite off some interest from a couple of Victorian clubs. With a lack of key position options in the AFL Draft crop, he could be one that clubs look to as a rookie option to try and get his body right, or with some luck he is a genuine overage prospect next year if he gets a clean run at it. In terms of his onfield strength, he was an athletic tall for his size, good overhead and at ground level and has grown five centimetres over the past couple of years to go from a tall forward to a key position forward. His durability is the clear question mark, while Tozer could also work on his set shot goal kicking.