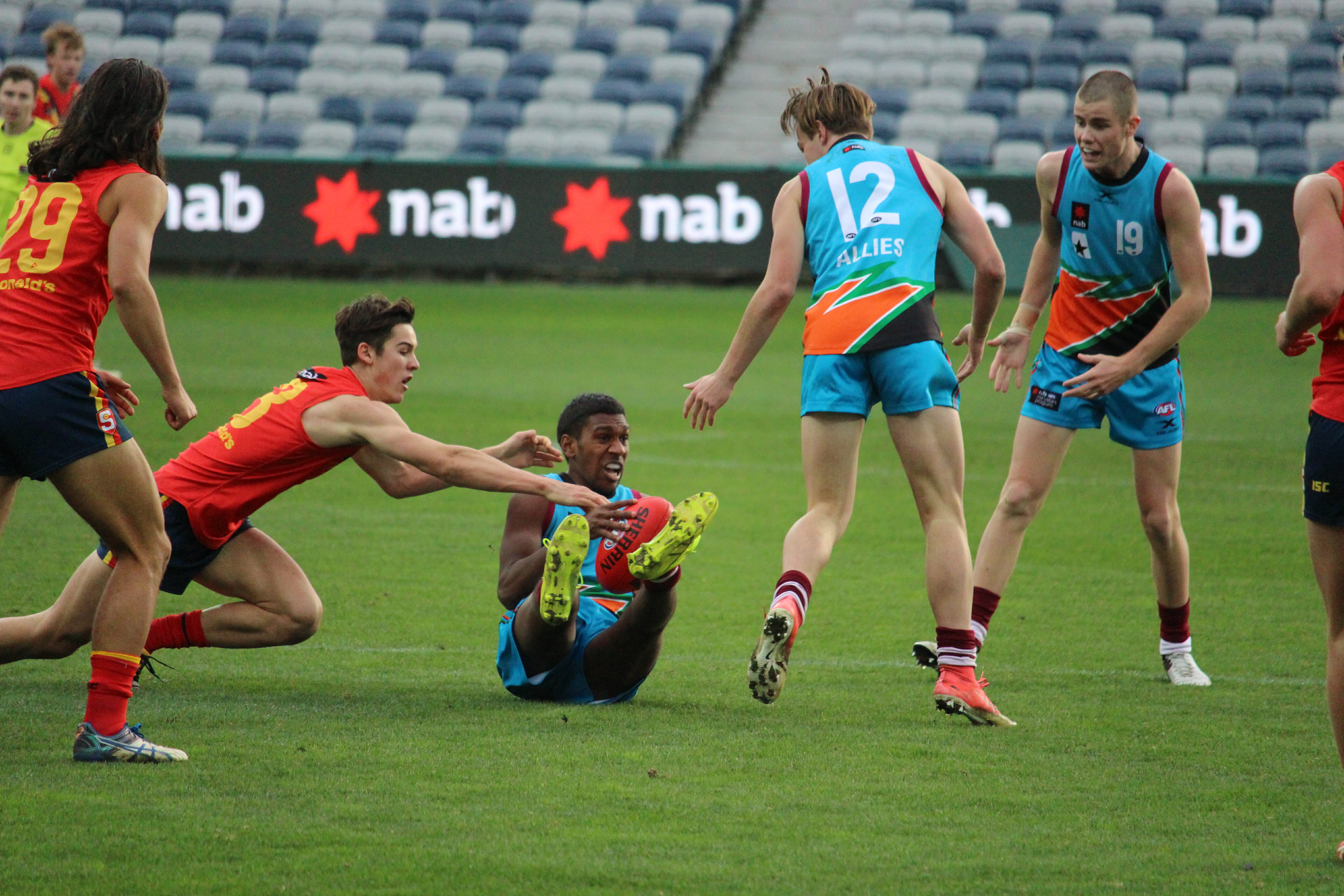 ONE of the unlucky players not to be drafted last season under the Academy system, Coleman came back to be one of Brisbane’s best during the NEAFL and has put his name back up in lights. Not only will Brisbane be keen to take him, but with his performances, other clubs will consider a bid to make the Lions earn him. Possessing some nice speed and skills, Coleman takes the game on and will fit in well with Brisbane’s youthful side and attacking prowess. Having come from the NEAFL premiership-winning Lions side, Coleman will already feel at home, and while he does need to add more size to his frame – he is just the 75kg at present – he will always be a lighter body player because of his speed and athleticism moving around the ground. Last year he missed out on being drafted because he had to involve himself in the game for longer periods of time, which he did so early in the season and showed why he belonged at AFL level. While he is a year older, he is still on the raw side and will look to continue to develop at the club, but with a 3.02-second 20m sprint and 8.32-second agility test, Coleman was impressive for post-season, particularly after winning a flag. In 2019, Coleman averaged 16.7 disposals, 4.6 marks and 2.6 tackles per game, numbers which could further improve, but it is his high impact per possession that is what sets him aside from others.