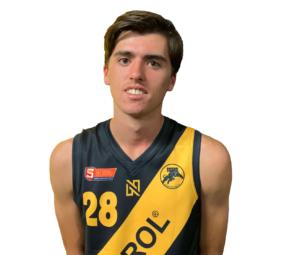 A key defender with great closing speed, Moore is rarely beaten in one-on-one contests. He has a sub-three second 20m sprint, and while his leap and endurance needs work, he is a smart player who reads the ball coming into the defensive 50 well. Combining his footy smarts with his speed, Moore is a dangerous tall who can have an impact with or without the ball – showing as much in glimpses across two outings for South Australia in the national carnival. He may be slightly undersized at the next level if used as a true key position player, but has the smarts, closing speed and rebounding ability to be able to adapt to playing in whatever role is required of him at the next level.