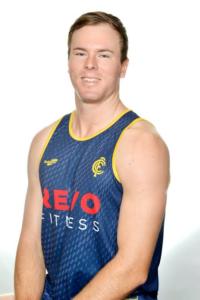 A monster ruck who is not overly athletic, but provides a physical presence and was one of the dominant rucks in the WAFL this season. Averaging 39.4 hitouts per game, Goddard just needs to build his endurance base and he would be ready to step into an AFL side from Round 1 given his size and presence. He has the physicality, contested marking ability and defensive pressure down-pat, as well as a strong presence at the throw-ins to properly make an impact with his ruck craft. The 21-year-old was also a member of West Australian state squads from Under-16 through to Under-18 level – as well as playing for the AFL Academy in his top-age year in 2016 – proving his credentials but still managing to now work on some key areas which many talls lack in. Namely, that is is speed and endurance, which comes with extended development at the state and elite levels.