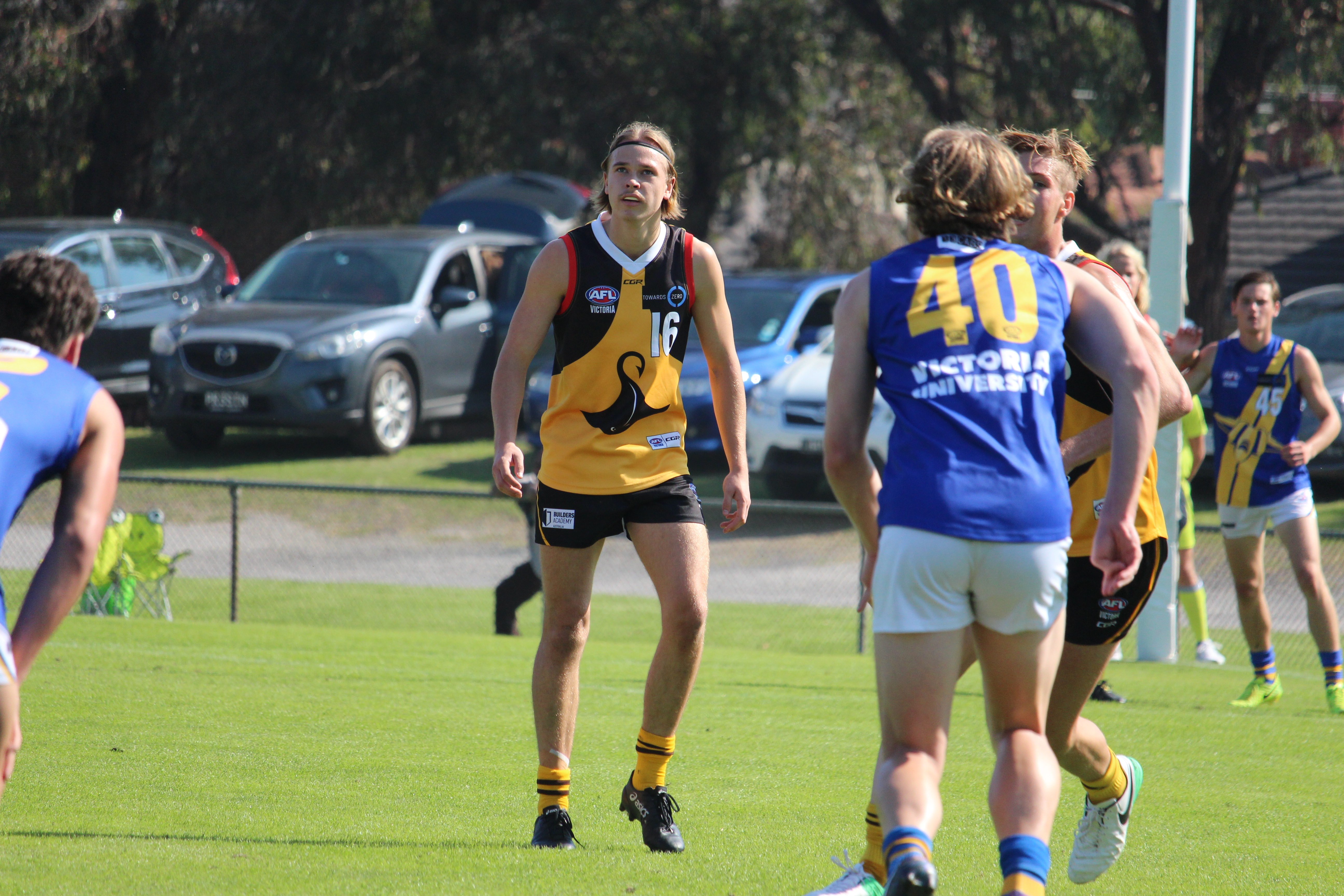 SUMMARY: Jake Frawley earned a Rookie Me Combine invitation after a solid season which included representing Vic Country at the National Under 18 Championships. He played both through the midfield and up forward, including booting six goals against Bendigo Pioneers at Shepley Oval later in the season. He has the size and strength to worry opposition players, and just has to build his endurance to match it with other inside midfielders for longer. He did not find as much as you would like of the ball during the season and had some inconsistency, but his versatility, tenacity to lay tackles – averaging more than four per game this year – and his penetrating kick gave him some handy traits which would have caught the eye. He has a fair bit of scope to develop into, but he has the body to play as an inside midfielder, while playing forward and provide a marking target deep in attack.