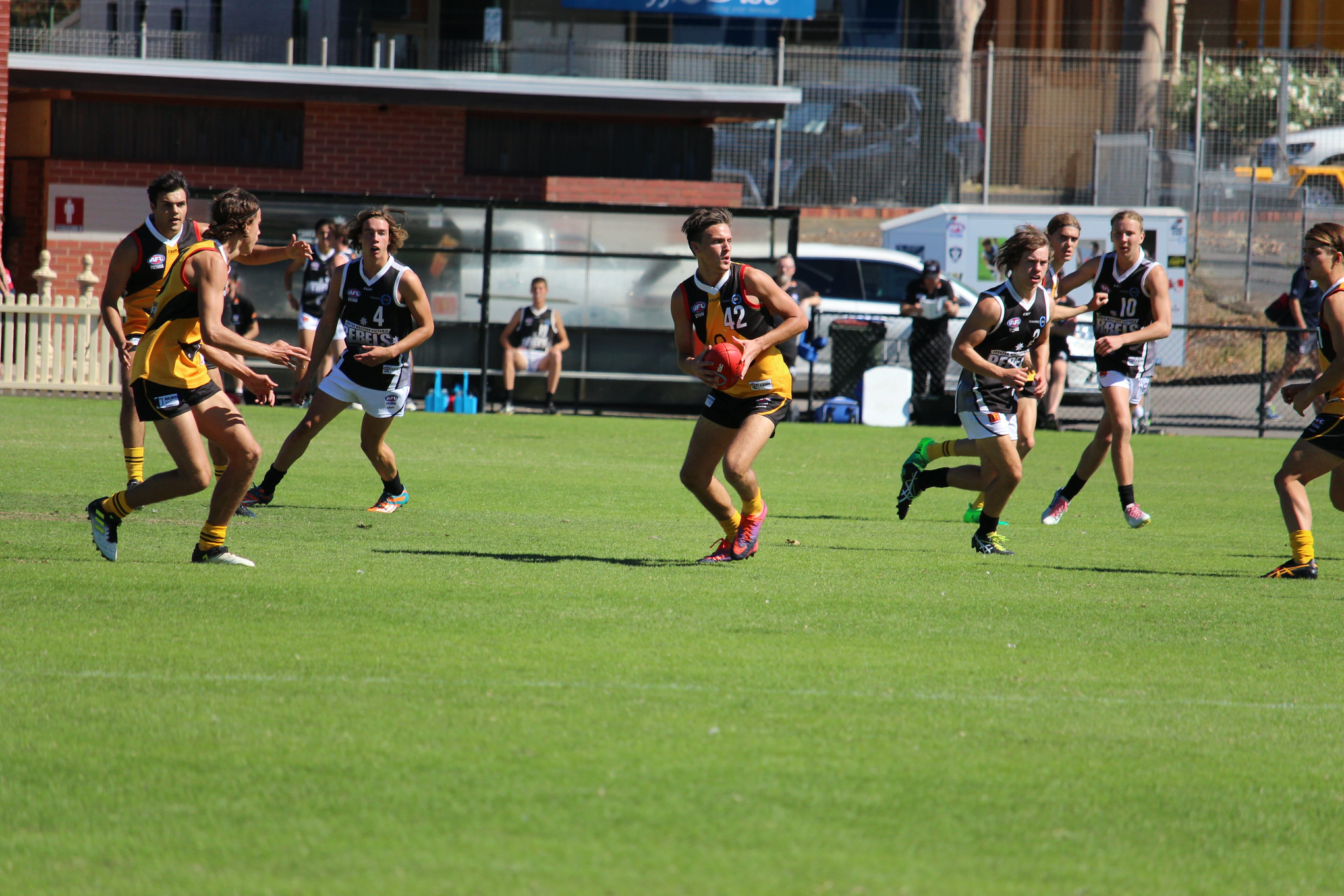 SUMMARY: Jai Nanscawen’s top-age year was ruined by injury just as it was about to get started. He booted six goals in a match-winning effort against Gippsland Power in Morwell early in the year, then made Vic Country, but could not get on the park in the end. The small forward has the game smarts and goal sense inside 50 to be a damaging prospect, and he has shown an ability to hit the scoreboard and slot big numbers. He does have inconsistency at times, and like any small forward does not win a heap of the ball, but his endurance is what sets him apart from others in his same position. In pre-season testing for the TAC Cup, he recorded a 21.3 on the yo-yo test which is very impressive and showed that potentially he could move into the midfield in the future. It will just depend how much clubs rated him pre-injury and how much the injury has affected his draft chances.