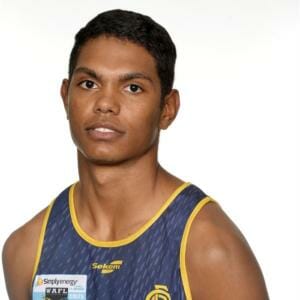 THE exciting Fremantle Next Generation Academy member was best known for his four goals in Claremont’s grand final win in the Colts competition this year. Butters threw his hat in the ring late in the season with performances like that of his grand final, providing great excitement and flair forward of centre to find the goals more often than not. He is a lightly-built prospect with great upside for the future, but needs to iron out his consistency and endurance to become a more complete prospect who can break the pure forward mould. At his best he is a match-winner with a high vertical leap (87cm running) and great athleticism, and will look to find a place at the next level firstly as a small forward, with scope to later move further afield with some added size.