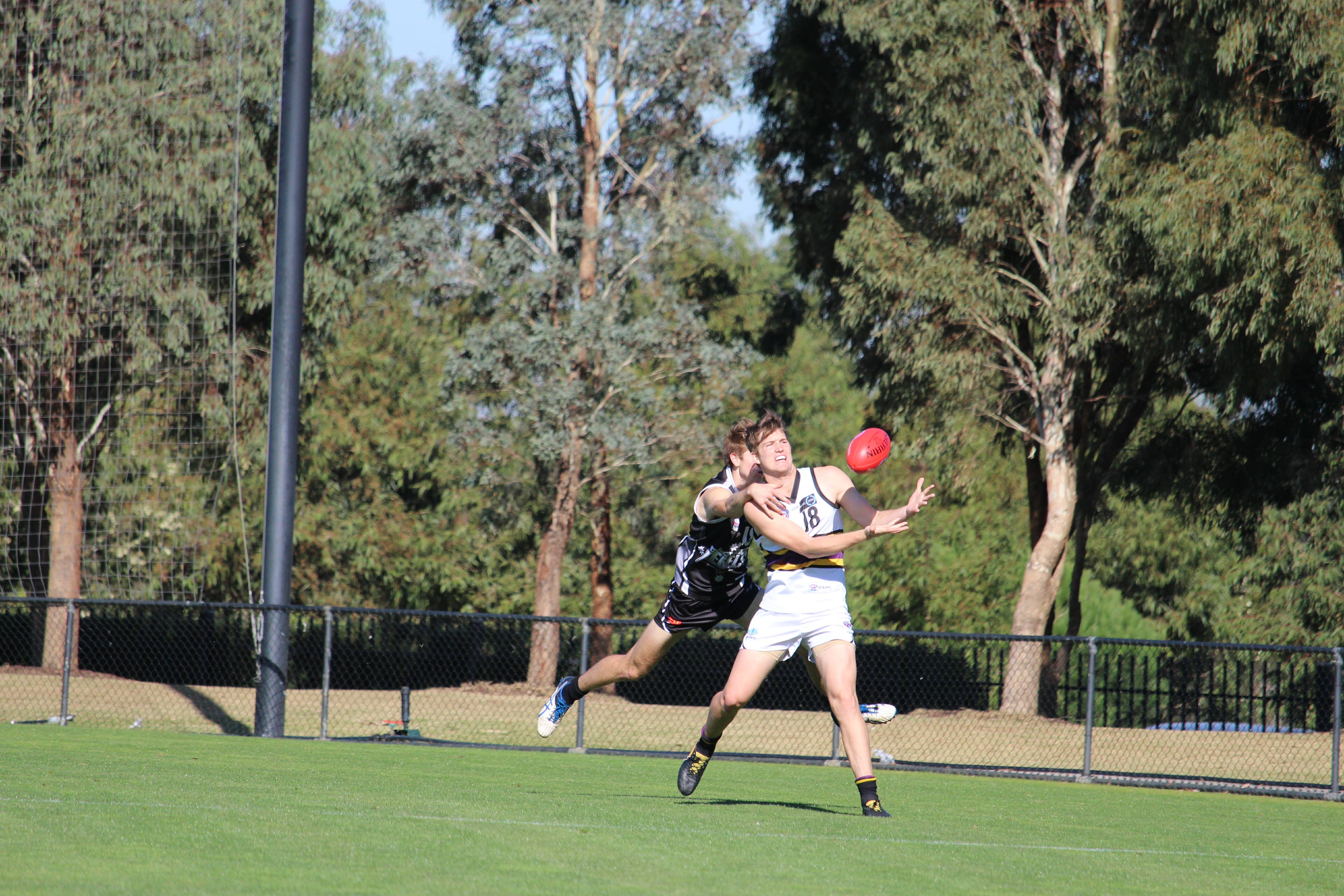 SUMMARY: Hudson Garoni dominated the TAC Cup in front of goal this season, sharing the Leading Goalkicker Award and being the big body inside 50 that the Bushrangers looked for throughout the year. He is not the most athletic player, and has areas to work on in order to build up his movement, but when he goes for his marks, he very rarely drops them. He clunks more contested marks than any other player in the TAC Cup, and is a reliable set shot for goal. He showed particularly later in the TAC Cup season that he has a high work rate, and lifted it significantly to push further up the ground. When one-on-one, Garoni often dominates smaller or skinnier opponents, and can bring the ball to ground for teammates. He is that hulking forward inside 50 that can provide a target in damaging places. For clubs without access to the top-end talls in the first round, Garoni offers some late value in terms of key position players.