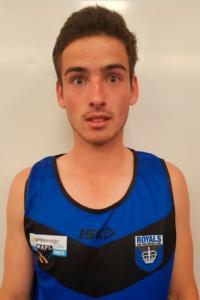 A medium midfielder from East Perth, Sparks enjoyed a big year in the Colts competition, averaging more than 25 touches per game. He sometimes would float in and out of contests given his lower endurance base, but provided a consistent effort across the ground in terms of his work rate. He could build his tank and aim to add more goalkicking strings to his bow in the future. As a whole, Sparks has no problems finding the ball and generally makes the right decisions with ball-in-hand going forward. Add in his defensive pressure and he has a nice balanced approach to his game, but still has development left in him, seen as a long-term prospect.