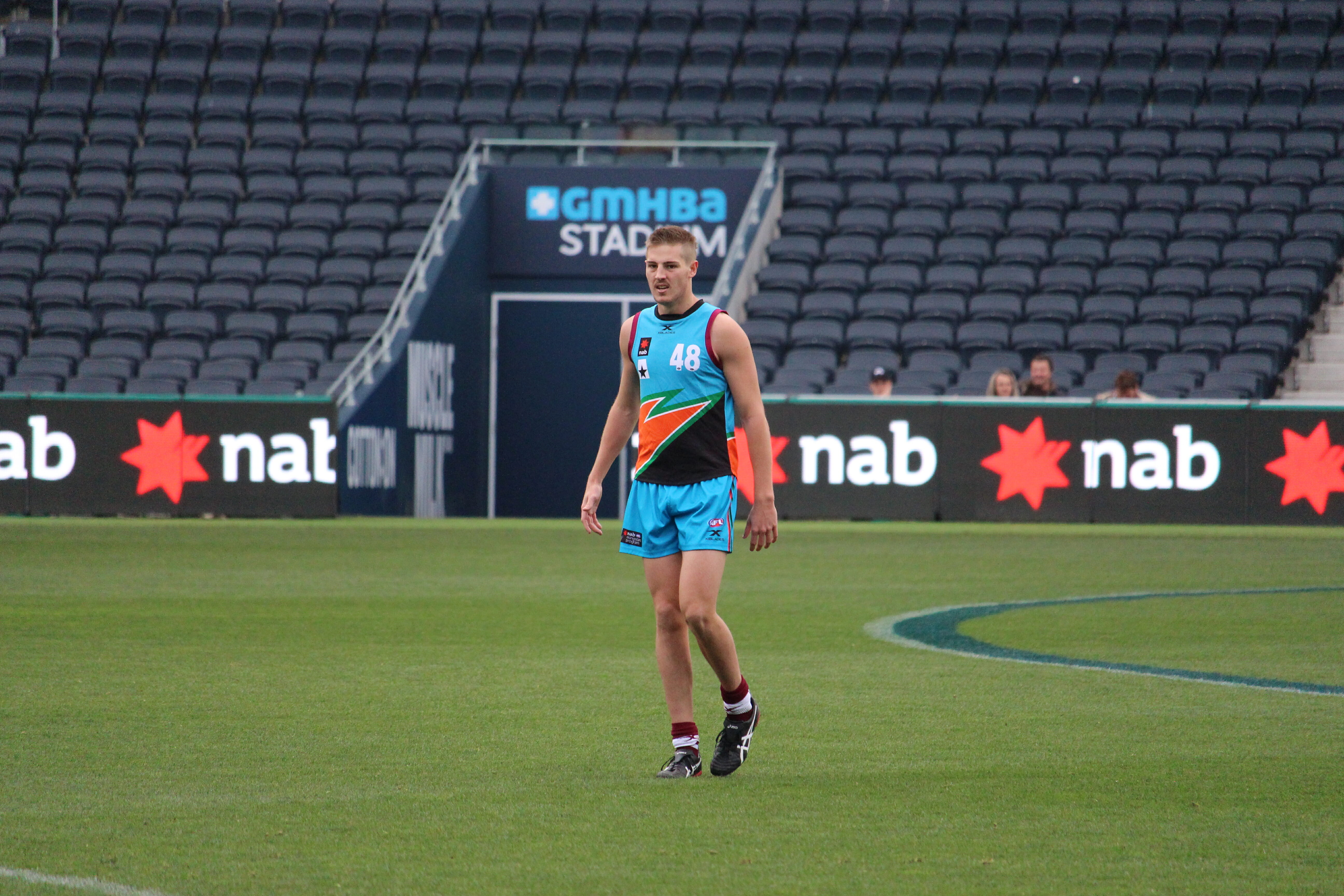 DRAFT ANALYSIS: "An athletic key defender who can hold his own in one-on-one contests."

Dirk Koenen is one of the unheralded stories of the draft. A talented, athletic key defender who moved 1500km from his home in Magnetic Island to chase his dream with the Gold Coast Suns and follow his family in reaching the elite level in their chosen sports. Sister, Breanna Koenen plays for Brisbane’s AFL Women’s side, while other sisters Cara and Alyssa have played and represented at the elite level in netball and surf lifesaving. Koenen is a member of the Gold Coast Academy, and has quite a few impressive traits that stand him in good stead should he be selected for the club to play at the elite level.  He has good athleticism, footy smarts and uses the ball cleanly, and while he does not always win a heap of it, or do it consistently, these are areas that will come with time in top-class facilities. Playing as a tall defender, Koenen was able to match it with a number of highly fancied prospects athletically, and got better as the National Under 18 Championships went on. He is a prospect that will need patience, but could be a valuable player in the future.

Koenen has a nice base of traits from which to work with if you are the Gold Coast Suns or another AFL club should a bid come and it not be matched. The key defender might not be in the spotlight as much as some other talls, but could prove to be a value pick given his on-field athleticism, decision making and ball use. He showed during the National Under 18 Championships that he is able to intercept opposition forward thrusts, pick the right option with his disposal, then, importantly, hit that target by hand or foot. He ended the three games at the championships with a kicking efficiency of 77.8 per cent, and a handball efficiency of 94.4 per cent. While he is not a high accumulator of the football, he does not waste many disposals and is able to work within his limitations.

Secondly, Koenen showed he is able to break even and beat a number of opponents this year with a solid athletic base, particularly his agility, which allows him to turn and change direction on a dime which is handy when opposed to a quicker, undersized opponent. He uses his hands well and is able to dish off the ball quickly, and rebound on occasion. He managed to spend three matches in the North Eastern Australian Football League (NEAFL) with the Gold Coast reserves, holding his own to average 14 touches and three marks against senior bodies. His work one-on-one against bigger opponents is solid, and expect once he puts on more size for him to really develop into a strong key defender.

Koenen is still developing into his body and his role, and this takes time. At 84kg, the 194cm prospect could still add more muscle to his frame to be able to weigh in against more monsters of the competition. Once he fills out and can also develop further under an elite program, Koenen will develop better consistency. He has shown at times he is capable of impressing with offensive drive, but he just does not win enough of the football just yet. Once he can find his place in a team and be that player that impacts both ways, he could be a valuable player in defence.

Dirk Koenen has been a rapidly developing prospect who has arguably come from further back than others in the same position, but he has already made impressive leaps and bounds. He has a number of impressive athletic traits, uses the ball well by hand or foot, and makes good decisions coming out of defence. He does not accumulate much of the football at this stage, is still light and has to develop further consistency, but Koenen is tracking nicely as a prospect. It is hard to judge where he falls in the draft order, but he should come into consideration late, and particularly as a rookie with Gold Coast having seen enough of him now to judge if he can fill the void in defence for them in the future.