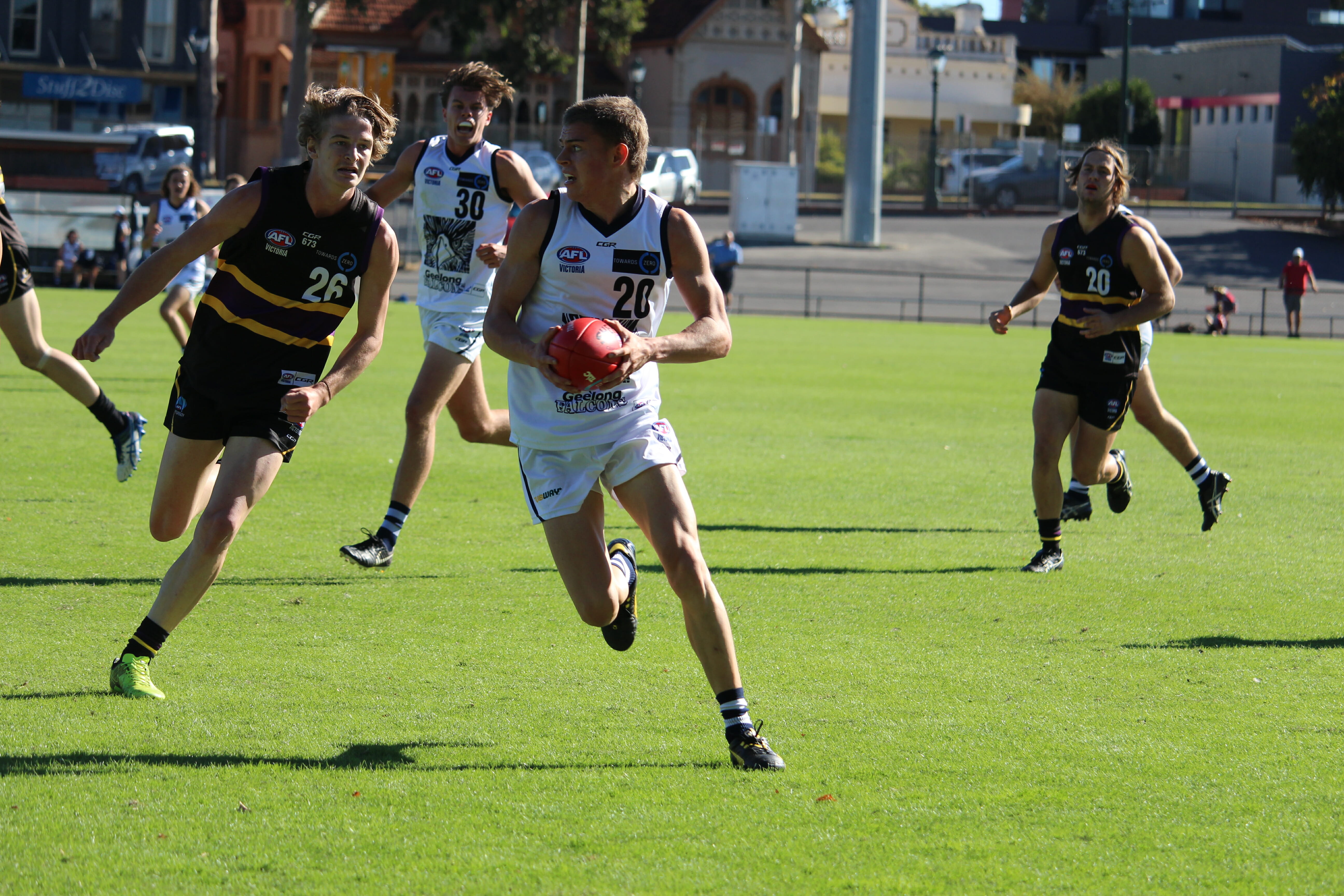 SUMMARY: If there is a TAC Cup player flying under the radar heading into November, then Brayden Ham would have to be a candidate for that role. He finished second in the Geelong Falcons’ Best and Fairest behind Sam Walsh, and has some incredible eye-catching traits. He did predominantly play outside and his kicking can be inconsistent at times, but his athleticism across the board – speed, agility, endurance and vertical leap – would be close to the best in the draft crop. Furthermore, Ham has that ability to influence a contest without having to rack up huge numbers. He played in multiple areas and seemed to have the biggest impact playing at half-forward, but was also tasked with the kick-out duties as well.