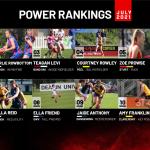 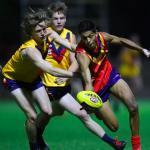 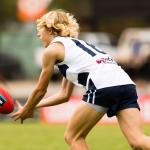 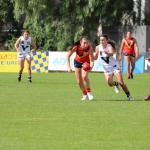 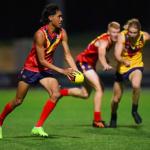 Peel Thunder prospect, Winder is an exciting small who has shown a steep rate of development. His early-season form in the WAFL Colts saw him earn a League debut, and he has since swapped between the two grades. The electric small shone with four goals throughout the Thunder’s 2019 Colts finals campaign, and has hit the ground running this season in a more advanced role up the field. Winder has averaged 27.8 disposals per his five Colts outings to date, while still being able to find the goals. He is a constant threat up forward with his sticky hands, evasion, and goal sense, while also being able to utilise his speed, agility, and smarts to impact through midfield. He looms as a serious bolter for this year’s AFL Draft as he continues to put runs on the board.