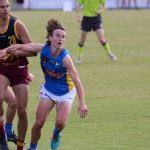 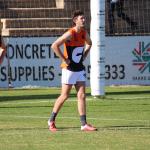 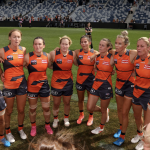 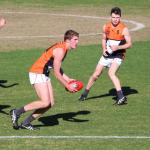 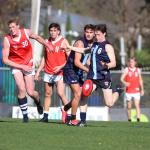 The brother of the GIANTS Academy’s 2019 AFL Draft first round selection, Tom, Josh is similarly a taller player with good size who can play around the ground. Green is a similar size to Tom around the same age, but he has a few more centimetres on his brother and allows him to play in even more roles across the ground. Green is arguably the GIANTS’ top draft prospect for 2020 and he is capable of playing taller than his 191cm to play in a key position role. In 2019, Green played four games in the NAB League Academy Series, averaging the 10 disposals and 3.3 marks predominantly playing in the forward half of the ground. Now doubt with time Green could develop into that inside midfielder like his brother, but he certainly has a lot of individual traits that help him standout and forge his own AFL career.