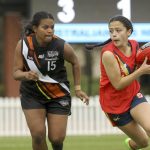 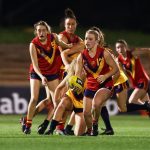 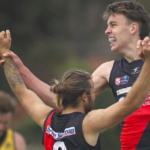 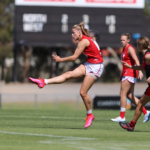 South Australian AFLW All-Stars to battle it out in blockbuster clash of talent September 11, 2020 Read more...

The classy, rebounding half-back has already impressed with his line-breaking speed, astute disposal, and vertical leap when intercepting from defensive 50. After earning All Australian honours at Under 16 level, Walker was a standout for Australia in its annual Under 17 fixture against New Zealand, and went on to become a mainstay for East Fremantle’s WAFL Colts outfit as a bottom-ager. This year, the 184cm prospect will be looking to break into the West Australian Under 18 starting side having been named in the 2019 squad, while also resuming his climb up the WAFL ranks. He managed the second-best running vertical jump off the left side (94cm) across the nation during preseason, and is sure to showcase much more than just his incredible athleticism once the on-field action returns.