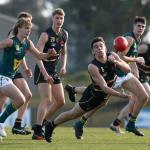 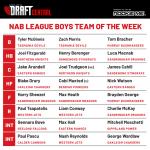 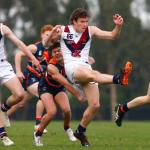 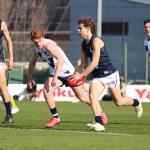 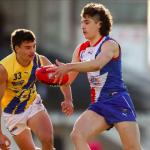 Cardillo who lit up the track at the NAB League Preseason Testing Day, recording the best 20m sprint at the event clocking up a sizzling 2.88 seconds. While it was clear from watching the speedster burst out of the stoppages in his bottom-age year, Cardillo put that on-field ability on display at Maribyrnong College in March, where he was also above average in the vertical jump, running vertical jump and agility test. While his endurance is an area he could improve, his agility (8.15 seconds) and running vertical jump (82cm) were particularly impressive.

Cocomello took over the 2020 Calder Cannons captaincy from past top draft picks, Madison Prespakis and Georgia Patrikios. The hard working inside midfielder leads by example out on the field, and while she might not have the glitz and glamour that her predecessors have, she is an underrated player through the Cannons’ core group. She continually presents at stoppages and is a high-volume tackler, applying plenty of pressure around opposition players. Having already finished school, Cocomello focuses on her football while juggling university studies and is a vital player for her team in a young midfield.