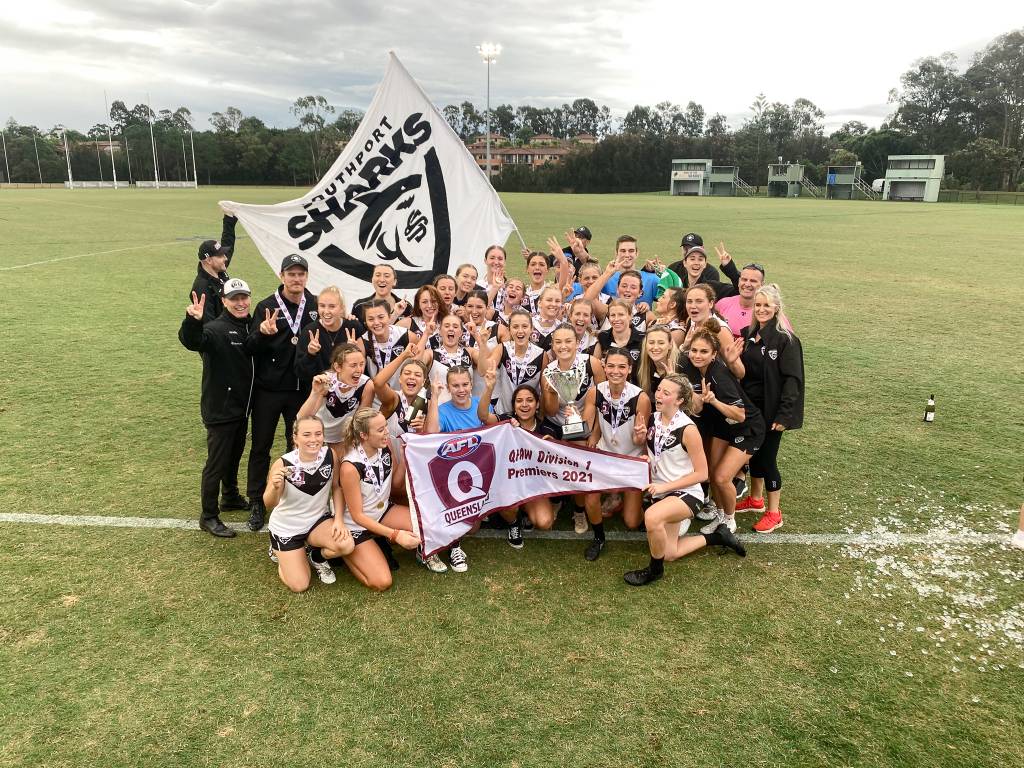 THE Southport Sharks have officially been added to the Queensland Australian Football League Women’s (QAFLW) for the upcoming 2022 season. The Sharks have enjoyed a successful period since they joined the QFAW prior to the 2020 season. The team has won consecutive flags at the lower level, and look a ready-made side to join the QAFLW for the first time.

The club was first granted a license for a senior side in August of 2019 in preparation for the 2020 season, with Ryan Davis named to coach the side for its inaugural season. Despite this being their debut year, the Sharks excelled at senior level, finishing on top of the ladder in their first season. The team lost just one game for the entire year, as they stormed their way to a maiden flag.

This winning pattern would continue into 2021 as the Sharks once again announced themselves as the team to beat. After yet another dominant home-and-away season, the Sharks headed into the finals as clear favourites, despite this being only their second season. They went on to win their second flag in a row and established themselves as a competition heavyweight.

After their dominant run in the QFAW, there were rumours this would take them to the next level, and in recent weeks these rumours were confirmed to be true. Over the past week, it was announced the side would be taking the next step in joining the QAFLW, the state’s highest level of women’s football.

The General Manager of Football Operations Jarrod Field said the side has enjoyed the experience from the past two years.

“It’s been great experience,” Field said. “We’ve got some experience into our players, coaching staff and support staff. “We feel like we’re ready to take the next step and we are wrapped to be included for 2022.”

The move up to the QAFLW has also opened the door for the club to enter a reserves side as well as a senior side, which Field said will result in more opportunities for players and staff in the area.

“I’m gonna need 30 new players,” Field laughed. “Obviously with the AFLW players from Gold Coast heading up this way, there will be some new girls that the Suns have recruited that will need a club to play at during the winter seasons. “We’ll hopefully get some of those players to align with us.”

After back-to-back flags at QFAW level, the Sharks look poised to be a threat when they enter the QAFLW next season. With a stock of impressive players and a talented coach at the helm, the Sharks are a strong chance to bring their winning ways to the next level.