Up the Grades: Which youngsters cracked senior footy? 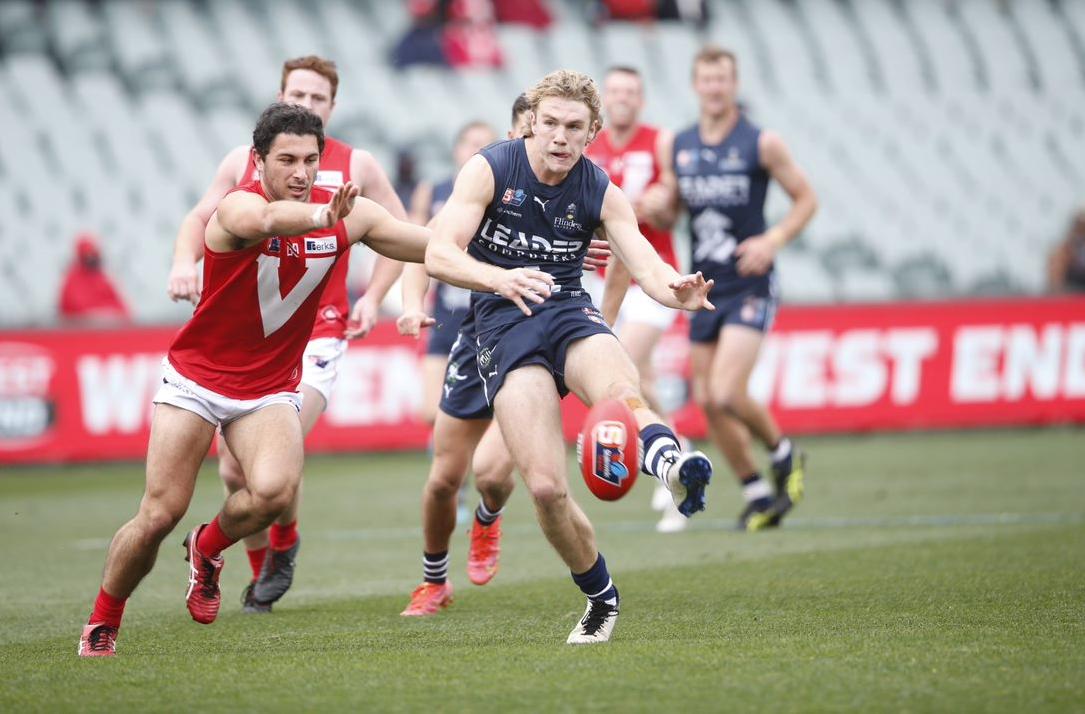 WITH state leagues around the nation now embedded in respective finals series, there are plenty of young guns hoping to impact on the big stage. In a look Up the Grades, we highlight some of the National Combine invitees, state squad members, and academy products who plied their trade at senior level this past weekend.

Pick one contender Jason Horne-Francis was again the main event this week, lighting up the field in South Adelaide’s semi-final win over Norwood. The teen sensation contributed 17 disposals and five inside 50s as his Panthers progressed to this week’s preliminary final, with one particular highlight seeing him confidently burn an opponent down the wing before pumping the ball inside attacking 50.

South Adelaide will face Glenelg for a spot in the League grand final, but the Tigers’ twos booked their spot already on the back of a win over Woodville-West Torrens. First round talent Nasiah Wanganeen-Milera was squeezed out of the top flight, but responded well with 16 disposals, three marks and three clearances for the Bays. Meanwhile, Max Litster again showed good touch in Eagles colours with 26 touches and six rebound 50s as Brayden Calvett snared two goals.

In the other Reserves semi, Central District booked a preliminary berth by dispatching Sturt on Saturday. A bunch of youngsters contributed, including the likes of Isaiah Dudley (14 disposals, 2.2), Luca Whitelum (11 and one), and Lachlan Grubb (10 and two), who all hit the scoreboard. Midfielder Shay Linke was another out there in red, white and blue, laying five tackles to go with his 13 touches.

State Under 19 vice-captain Mani Liddy continued his strong run of form to lead Sturt’s disposal tally with 22, as he got his hands dirty for seven tackles and four clearances. Defender Zac Becker was also amongst it, launching eight rebound 50s among his 21 touches. Will Spain and Jacob Lochowiak also turned out for the Double Blues, whose season came to an end.

Over in Western Australia, 193cm midfielder Matthew Johnson caught the eye with another impressive performance at Reserves level. He collected a game-high 27 disposals and four marks as Subiaco beat Swan Districts, setting up a meeting with Claremont with grand final honours up for grabs. Johnson has now put together a month of footy in the Reserves, averaging 25 disposals and 7.6 marks in his last three outings.

Meanwhile, Fremantle Next Generation Academy product Jesse Motlop added to his League experience as South Fremantle went down to Subiaco. The exciting small forward registered five inside 50s and a goal among his eight disposals, and can look forward to a preliminary final opportunity against Claremont despite his side’s loss.