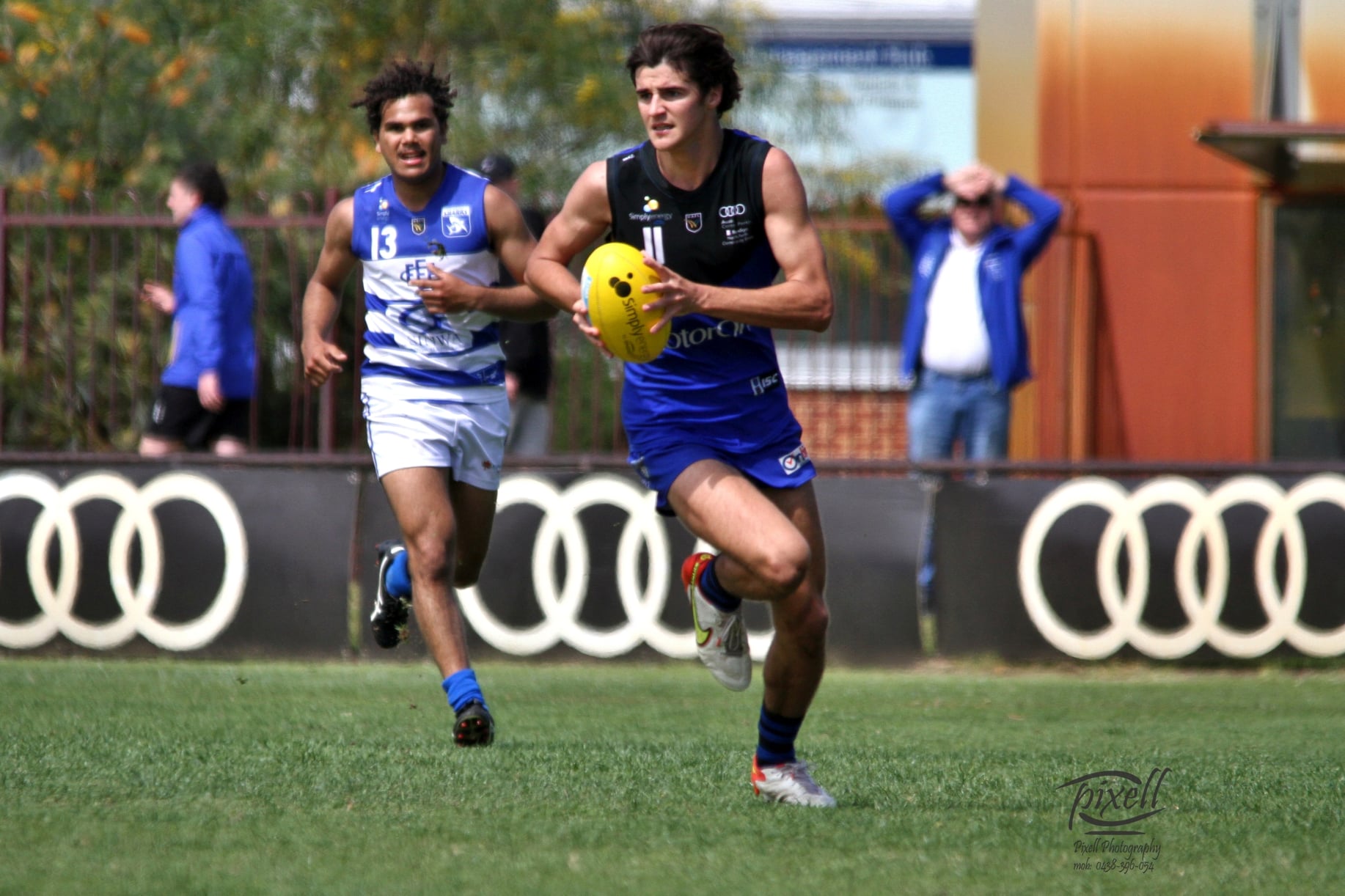 EAST PERTH midfielder James Tunstill has enjoyed a solid season at WAFL Colts level, earning selection in the West Australian Under 19’s State Squad and seeing his side finish top three at season’s end. Tunstill has made a name for himself as a hard working midfielder capable of breaking opposition lines with his carry and kicking. In Saturday’s do-or-die final against East Fremantle, Tunstill stood up to be a major ball winner in the Royals’ midfield, with East Perth bull Kade Dittmar a late exclusion. Unfortunately despite his best efforts, the Royals lost and bowed out of finals. We put Tunstill’s performance under the Player Focus microscope this week, breaking down his game quarter-by-quarter.

2021 WAFL Colts, Semi Final | East Perth 5.6 (36) def. by East Fremantle 7.11 (53) #11 James Tunstill (East Perth) Stats: 23 disposals (19 kicks, 4 handballs), 6 marks, 5 tackles, 3 inside 50s, 1 behind Q1 Starting in his usual on-ball role, Tunstill wasted no time getting involved in the contest and made his presence known in the opening minutes. At the first bounce, Tunstill quickly pressured the kick from the opposition ruck who had won the clearance, and followed up to pressure the opponent that won it on the back of the square. The ball worked its way to the half-back flank for a stoppage, where Tunstill ran into a great spot along the boundary, winning first possession and kicking it down the line just as he was bumped over the boundary. With the Royals having a lot of ball in their forward half Tunstill, became a key part of his side’s movement inside 50. His first real involvement was a smart lead for his teammate who had taken an intercept mark, where he followed up by wheeling around and putting a bullet-like kick onto the chest of Ethan Regan on a slight angle. Another key opportunity came as Tunstill worked forward from a stoppage and provided a lead when his teammates got it out in space, taking the mark well and continuing to run before kicking forward under pressure with the ball placed perfectly for his forward who unfortunately couldn’t hold the mark. Tunstill’s work rate was highlighted in the opening quarter, as he worked back to be an outlet option from defensive 50 and joined in on tackles with his teammates to lock the ball in. With such acts, it felt like he was everywhere the ball was when he was on the field. Tunstill did rush his kicks forward at times when under pressure, but overall used it well and gave his teammates the best opportunity to take a mark. Q2 After a solid first quarter, Tunstill worked into the game more in the second, finding himself more involved around contests as he started positioning well to receive handballs out the back of packs. Tunstill showed good composure when he received these handballs out the back, not flinching with oncoming traffic and generally using it well to keep the ball moving forward. One particular moment highlighted this best in the defensive 50, where Tunstill received the handball out the back and had his kick smothered, but immediately followed up to win the contested ball at ground level, before quickly firing out a handball wide to a teammate in space. He had a couple of impressive kicks in the back half that helped open up the ground going forward for the Royals, and generally worked hard to be an option for his teammates. Tunstill laid an impressive tackle towards the end of the quarter, running from 20 meters away to close down an opponent, launching himself and grabbing hold to stop an East Fremantle counter attack. Tunstill had an opportunity on goal that he perhaps would have liked another go at in the second quarter, managing to hold a one-on-two contested mark above his head as both opponents tried to knock him off balance, but deciding to try and play on to snap around the corner rather than take a set shot. The effort ended up going through for a minor score. Q3 Starting the second half well, Tunstill won the first clearance of the third quarter, running straight through to grab the ball out of the air and kick forward in an unusual manner. He continued to position well around contests but wasn’t used as much as many of his teammates opted to kick long forward when under pressure, although when he was used Tunstill ran well and kicked smartly for teammates to mark. Tunstill seemed more comfortable with contact in the third term as well, with one play mid-way through the quarter seeing him get onto the end of a handball and jump into oncoming contact, keeping his arms free and firing out a handball to a teammate in space who was able to kick long inside 50. To go with this, Tunstill competed for everything he could, whether it was at ground level or in the air, putting himself in front of leading players or throwing himself on the ground to create a contest. Tunstill’s ball use seemed to improve in the third quarter as well, notably when out in space or allowed to run a few steps to steady himself. Tunstill would put piercing kicks in the arms of his teammates, giving them every advantage he could to hold the mark. Q4 As East Fremantle began to overrun East Perth, opportunities to impact became more limited for the Royals. What Tunstill did continually well was display his work rate and do his best to pressure opponents if he couldn’t lay a tackle. Tunstill still had some impressive moments with ball in hand; the most impressive coming later in the quarter where he received a handball in defensive 50 and went for a run up the wing, taking a couple of bounces whilst getting away from opponents, then kicking to a contest due to limited options up the ground. Closing thoughts… Whilst the game didn’t end how Tunstill would’ve wanted from a team perspective, he put in a really good all-round game where his work rate and courage were well highlighted. It wasn’t just his work rate to get from contest to contest that was impressive, Tunstill ran hard defensively to lay tackles or apply pressure on opponents not even in his area, causing multiple stoppages throughout the game. Whilst he is prone to rushing kicks when under pressure or in traffic, Tunstill’s ball use is typically solid, with his ability to keep his hands free and handball whilst being tackled a highlight, and his kicking on the run also really strong.
Image Credit: Pixell Photography via East Fremantle FC
Subscribe
Login
1 Comment
Inline Feedbacks
View all comments 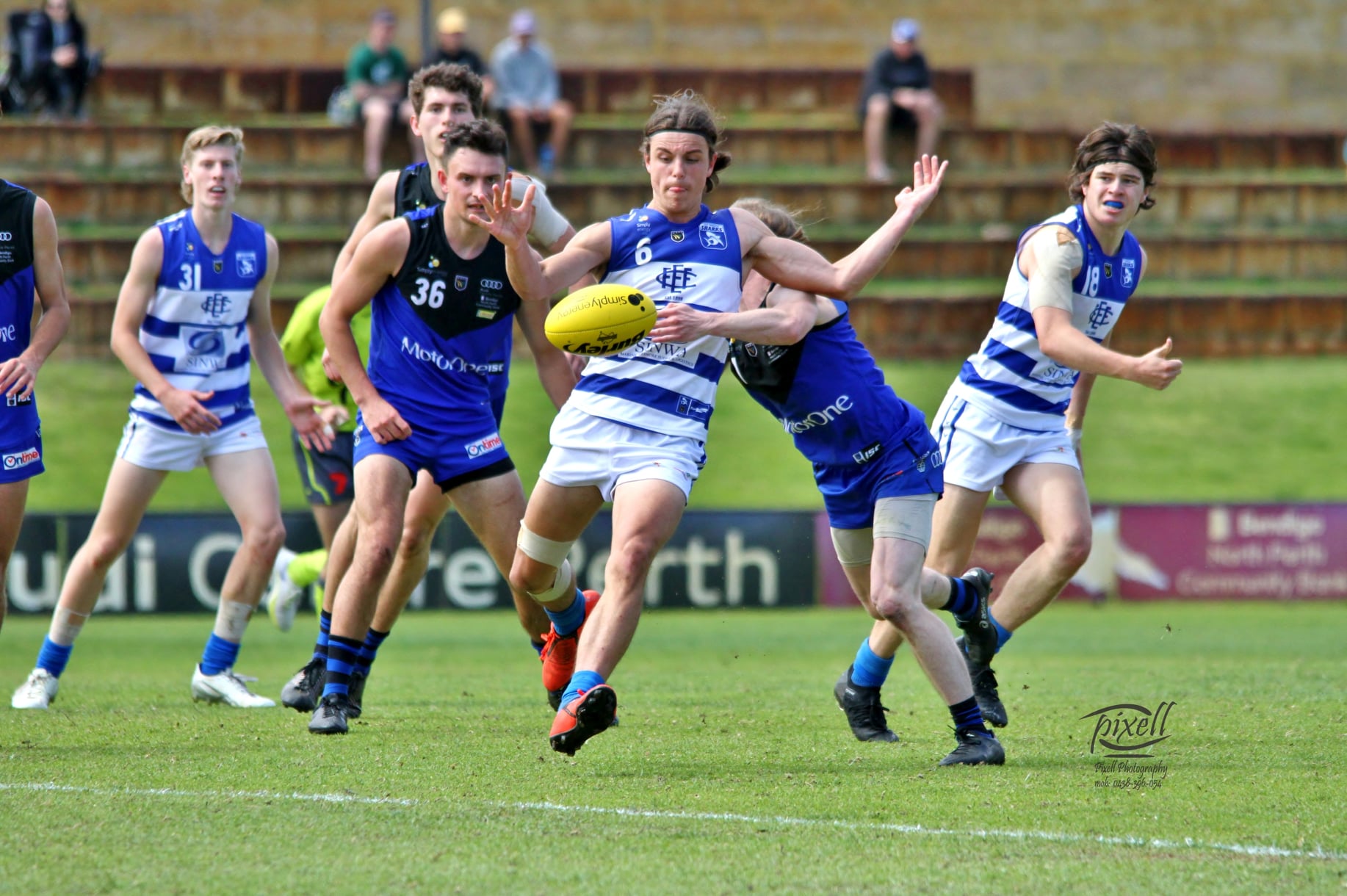 EAST Fremantle booked its preliminary final ticket with a hard fought 17-point win over East Perth on Saturday, sending the Royals packing in straight sets. Neither side was able to truly capitalise on their periods of dominance, with poor kicking and conversion making for a real slog throughout large parts of the game. After taking […] 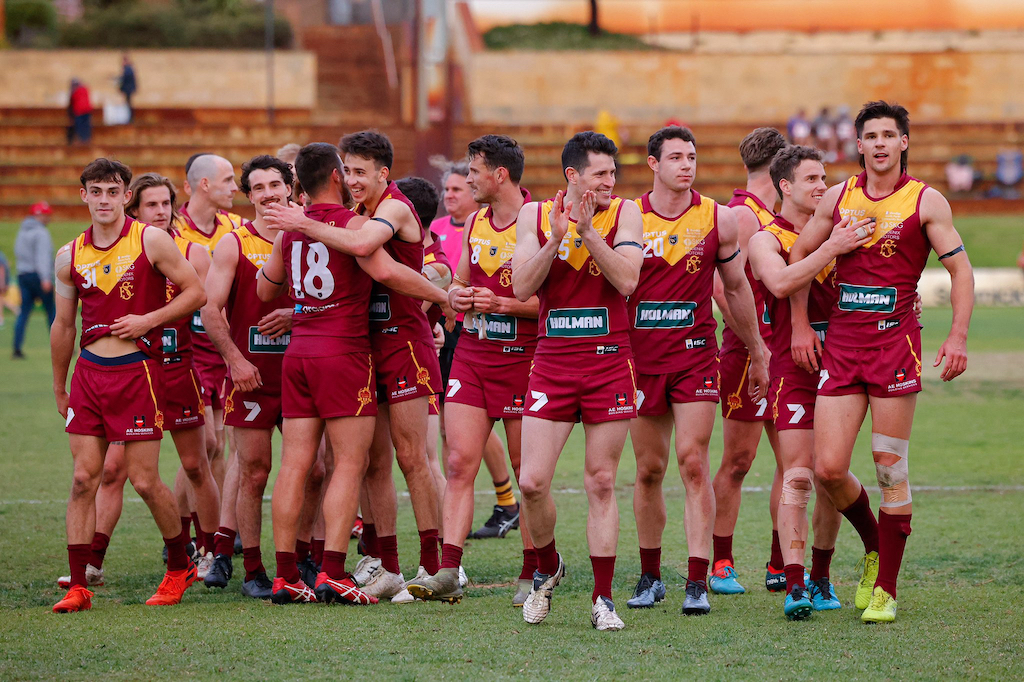 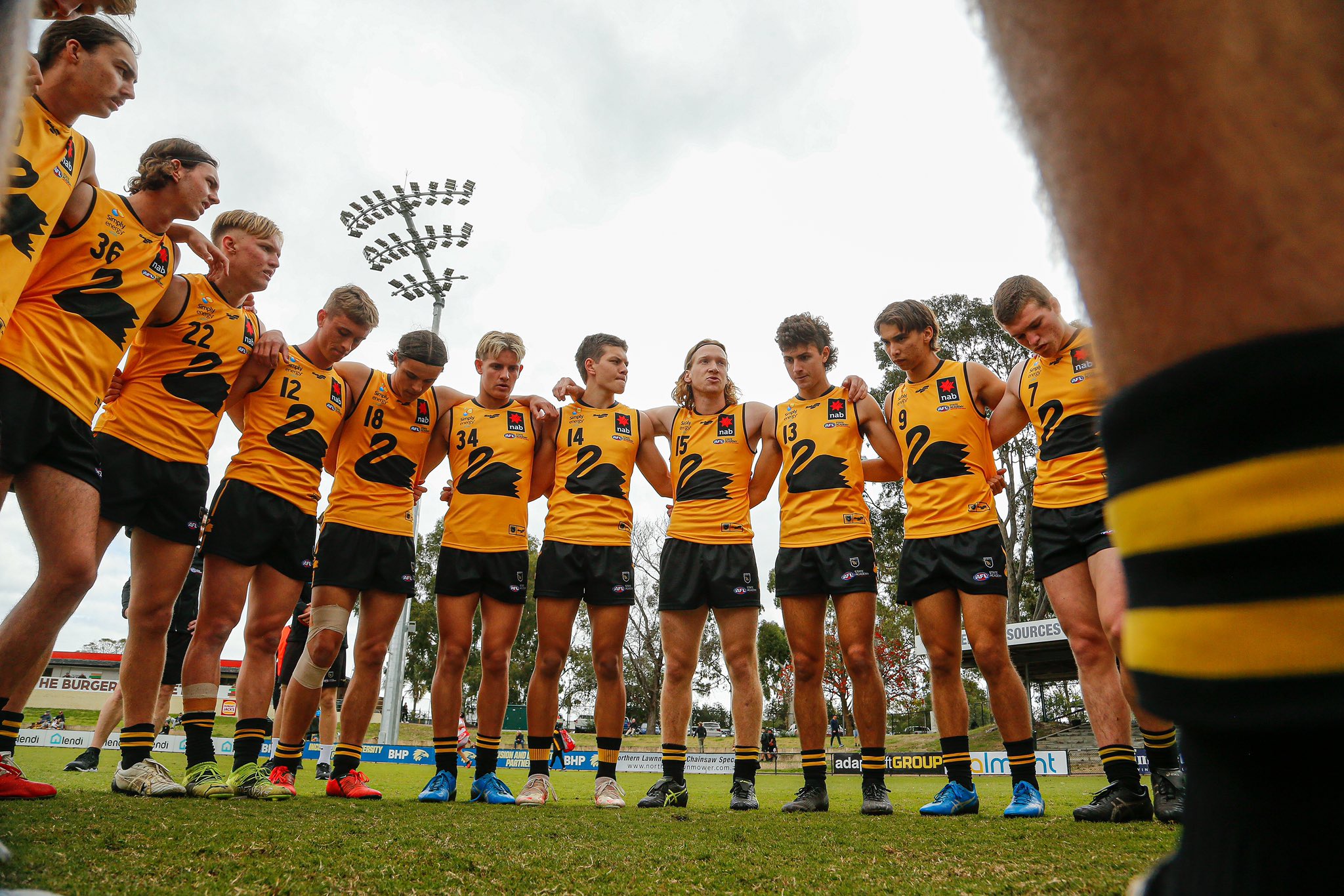 CLAREMONT will face off against WAFL Colts minor premier Swan Districts for the second time in three weeks, after downing East Perth by 41 points in week one of the 2021 finals series. The Tigers were inaccurate early on but found their groove and snared crucial goals at the end of the first two terms […] 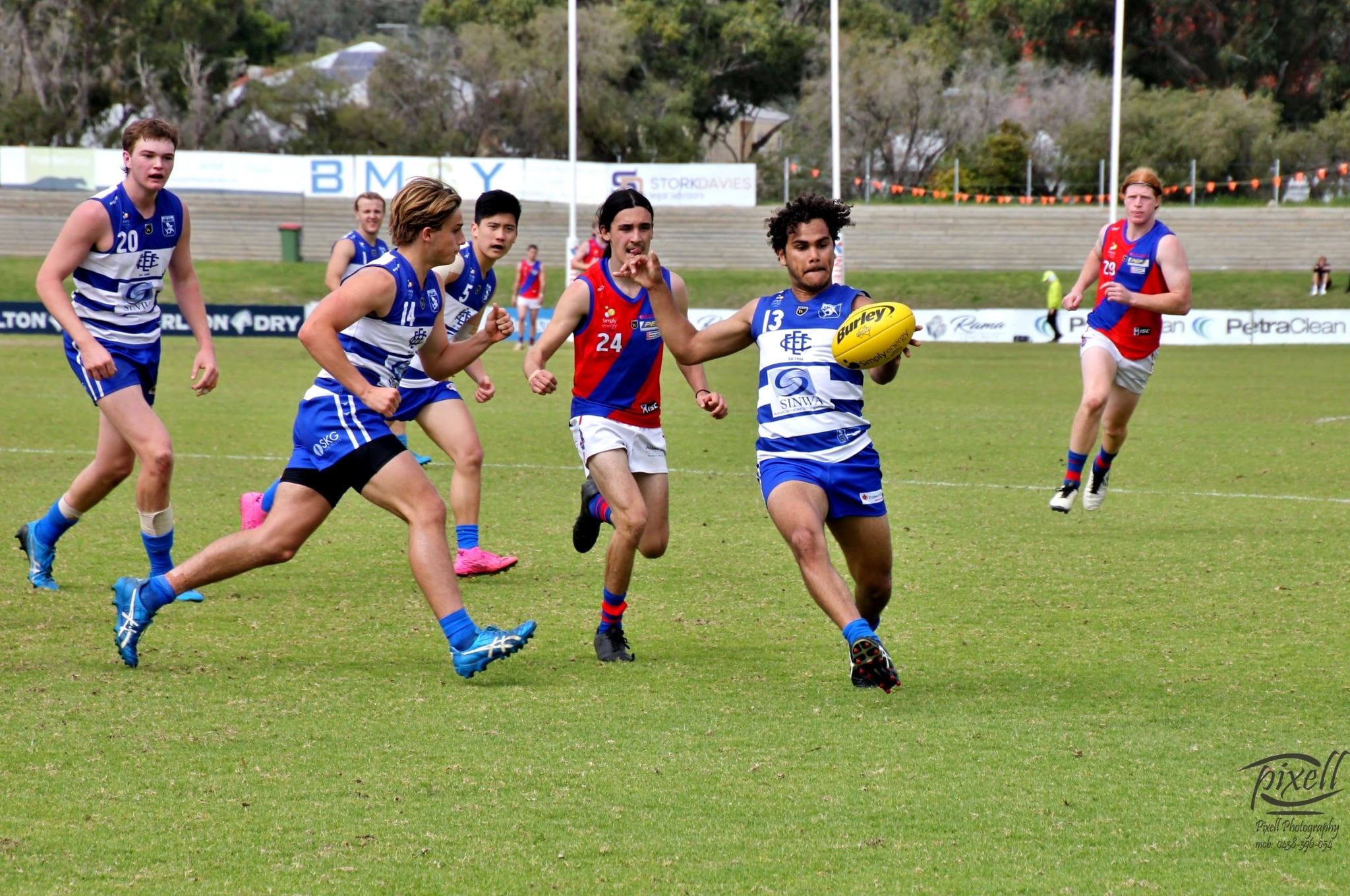 THE 2021 WAFL Colts top five has been locked in after Round 21 went down this past weekend, with Swan Districts officially crowned minor premier. East Perth secured third, while East Fremantle moved clear of West Perth in fourth with just one round of regular season fixtures to play out. After their National Championships dig […] 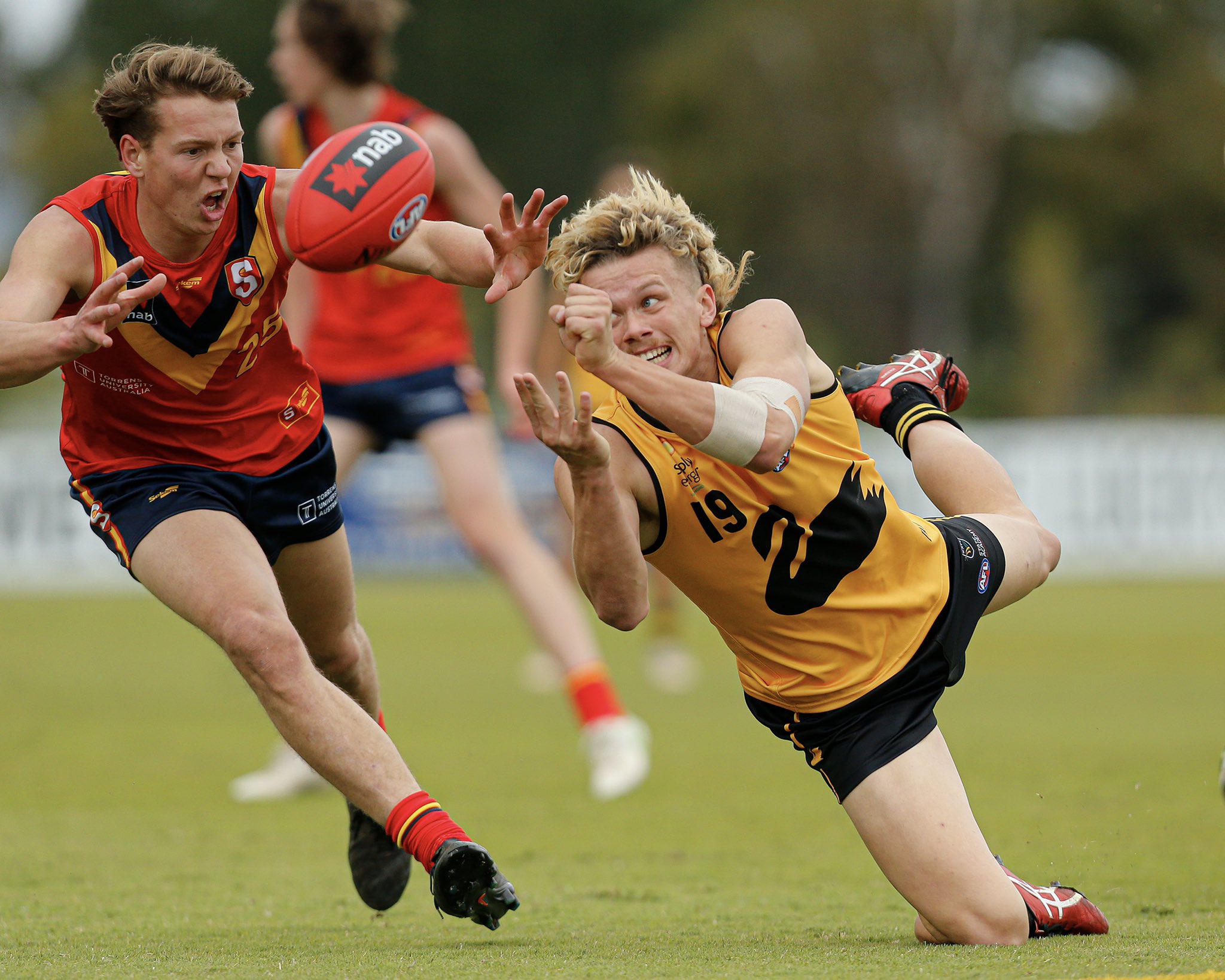 WESTERN Australia has opened its 2021 AFL Under 19 Championships title defence with a commanding 29-point win over South Australia. Playing in front of a home crowd, the Sandgropers took control in the opening three quarters to blow the lead out to 43 points at the final break – though it should have been more […] 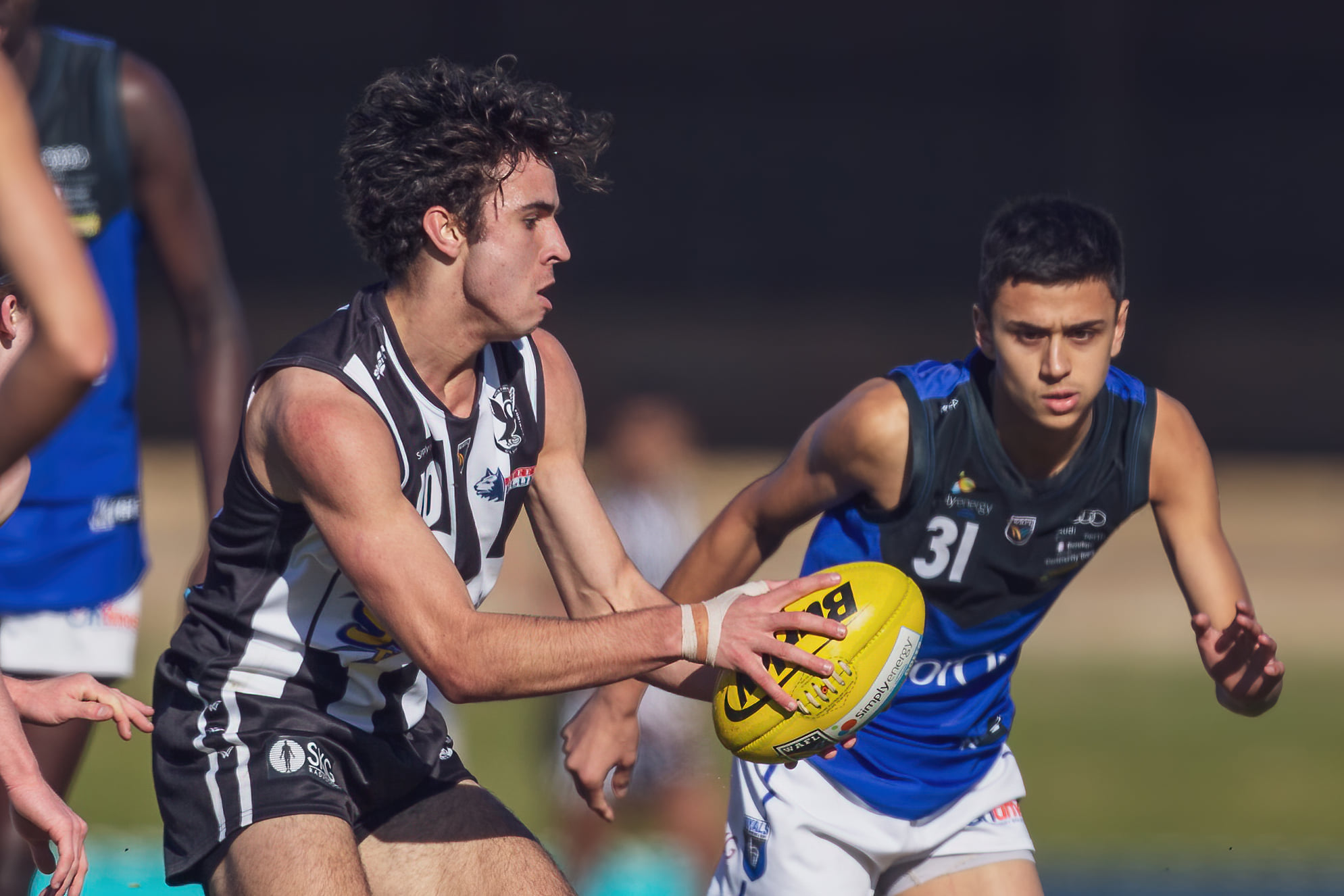 SWAN Districts stamped its authority as 2021’s leading WAFL Colts side, defeating the third-ranked East Perth by 34 points in a fiery affair on Saturday morning. The Swans broke away early in the third term and never looked back, as the Royals struggled to find any fluency with ball in hand and suffered their second […] 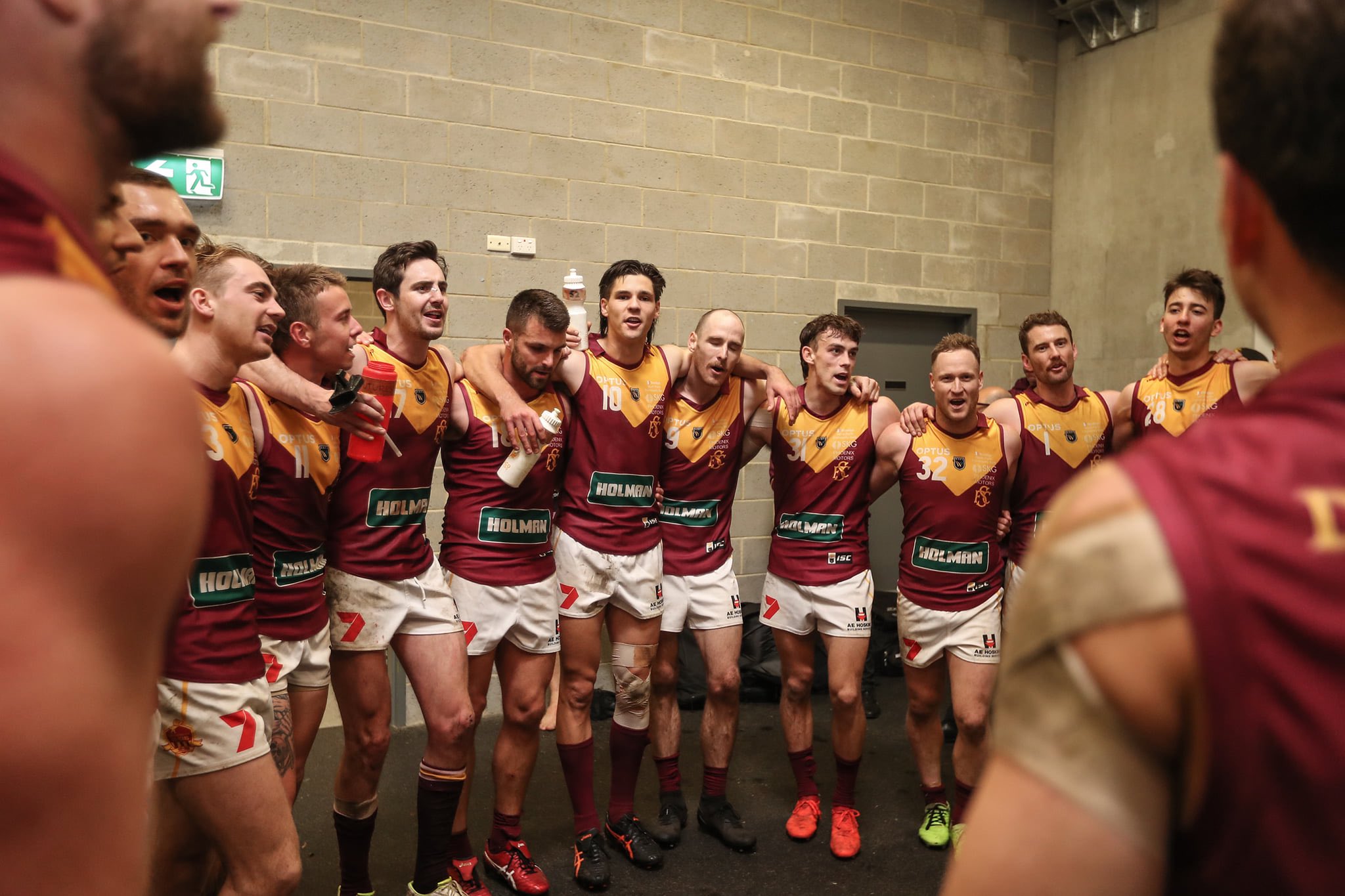 IT was another week with no games in the VFL or QAFL as COVID-19 restrictions continue to stop footy being played. Nevertheless, we were treated to big wins, small wins, upset wins and plenty of goals across the SANFL, TSL and WAFL action over the weekend. We recap everything that happened in this week’s state […]