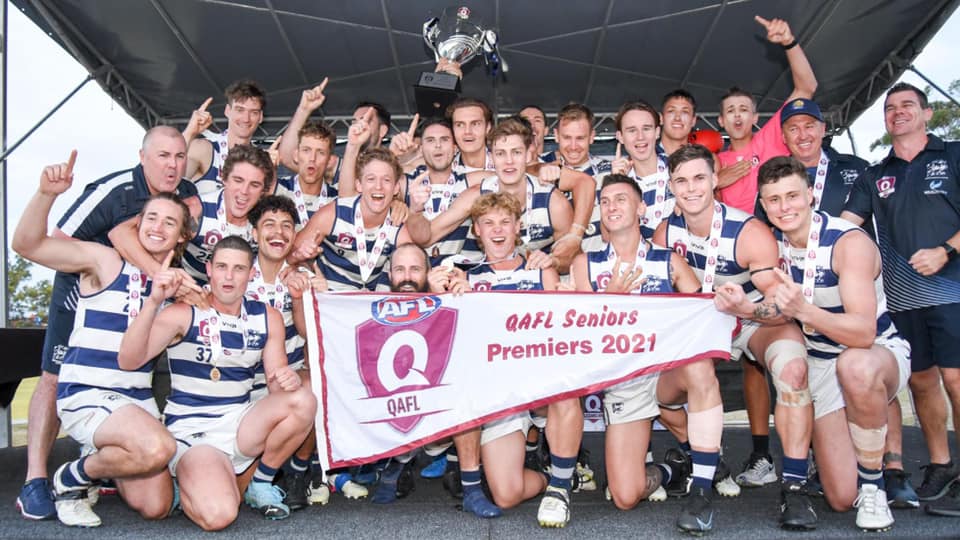 OVER the weekend, the Queensland Australian Football League (QAFL) held its grand final matches across all three competitions (seniors, reserves and colts). In what proved to be a cracking day of football, there was a club’s first flag, while another took home two of the three premierships up for grabs on the day.

Broadbeach proved too strong for Maroochydore in the deciding clash, justifying their tag as the team’s strongest team for 2021 by taking home their first ever QAFL premiership. The ladder-leaders had powerful second and fourth quarters to claim the contest as their own and walk away with a comfortable 38-point victory.

There were doubts heading into the game as to whether or not the Cats could live up to the first-placed tag, given they had only played one match in four weeks leading into this contest. Maroochydore also entered the match with plenty of momentum courtesy of their three previous finals wins. This looked to be a contest that could go either way, and the first term started in such fashion. Maroochydore opened the scoring through Michael Steven, and their second through star forward Mitchell Scholard had Broadbeach worried about their outlook for this game.

It took Broadbeach seven minutes to conjure up an answer through Max Lower, but it only took the minor premiers less than a minute to deliver their second goal, courtesy of Tyrone Armitage. Each team scored two more goals for the rest of the term, and Maroochydore took a one-point lead into the first break. The second quarter was one-way traffic, with Broadbeach booting five goals to one (including two to Ryan Gilmore) to take a commanding lead into half-time, as they looked to put the game away early in the third term.

Their opponents had other ideas, bringing themselves back into contention by booting two goals to none in a low-scoring third quarter. Suddenly the margin was only 15 points and Maroochydore were on the charge, but Broadbeach proved too good as their talent rose to the top. They delivered another five goal to one term to stamp their authority on both the game and the league.

Broadbeach’s Liam Nelson was judged best afield in a promising display, while he was well-assisted by Brandon Chadwick while Gilmore and Bradley Lowe booted three goals apiece. For Maroochydore, Jonathan Giles worked tirelessly all day and should be commended for his efforts.

Labrador took out both the reserves and the colts premierships in a solid day out for the club. Their reserves side led all day in a dominant display, as did their colts team to claim two out of the day’s three flags.