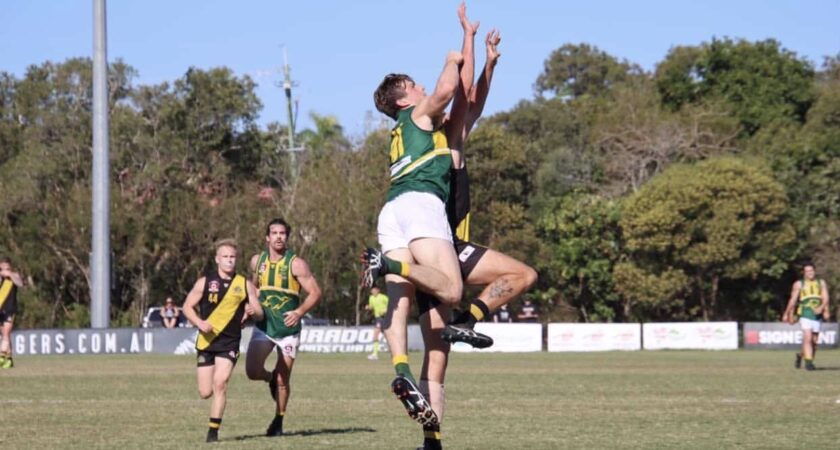 WITH the football season coming to an end, the Queensland Australian Football League (QAFL) is ramping up preparations ahead of their grand final match this weekend. The game is scheduled for 2:30pm on Saturday at Southport’s Fankhauser Reserve. The normality of proceedings will be a welcome change after a COVID-interrupted 2020 season, and with the Broadbeach and Maroochydore match-up on the cards, there couldn’t be much more excitement around this game.

Both of these teams will be looking for their first senior men’s QAFL premiership, so the stakes are quite high, and both sides will be leaving nothing in the tank. The last time these two sides faced off was actually back in August of 2020 due to the COVID outbreak in Queensland earlier this year. Both teams look a bit different since the last time they went head-to-head 391 days ago.

Maroochydore have stormed home throughout this finals series, making the big dance from an elimination spot. They took down Redland-Victoria Point in their first final with a barnstorming final quarter (which continues to be a theme in their finals wins), and were driven home off the back of seven goals from forward Mitchell Scholard. They claimed a 10-point victory to head into the semi-final where they took on Morningside, a match they would have entered with confidence given the way they finished their previous outing. This triumph was much more comfortable than the previous, with Maroochydore walking away winners to the tune of 34 points, setting up a mouthwatering clash with the top-of-the-table Labrador. Things looked grim at three quarter time, with Labrador holding a three-goal lead and looking dangerously close to advancing to a grand final. Once again, it was Maroochydore’s final quarter that held them in good stead, powering home to kick seven goals to two in the last term to claim a thrilling 10-point victory and advance to the deciding match.

Broadbeach had a slightly easier road to the grand final, only having to play one game in the first three weeks of finals, thanks to their second-placed finish at the end of the home-and-away season. They took on Labrador, and emerged victorious in a thrilling contest. Despite trailing by three points at the final break, Broadbeach was able to stand up in the fourth quarter, and claim a four-point victory to advance straight through to the final game. Given they have only played one game in four weeks, they will be as fresh as they can be.

This game will also host the league’s two leading goalkickers for the season, with Ray Hughson Medallist (leading goalkicker) Jordan Moncrieff lacing up the boots for Broadbeach, and Scholard lining up down the other end for Maroochydore. Moncrieff has been outstanding all year for his side, with a mid-season purple patch that saw the big forward boot 19 goals in two games. He will likely have a big say in the contest, but the elimination final showed that Scholard can turn a game on its head himself, and Maroochydore will be looking for him when driving the ball inside-50.

With both sides looking for their maiden flag, it is hard to determine who is the favorite heading into this clash. Broadbeach finished higher and will be well-rested, but can they stop the momentum of Maroochydore that has delivered for them time and time again?