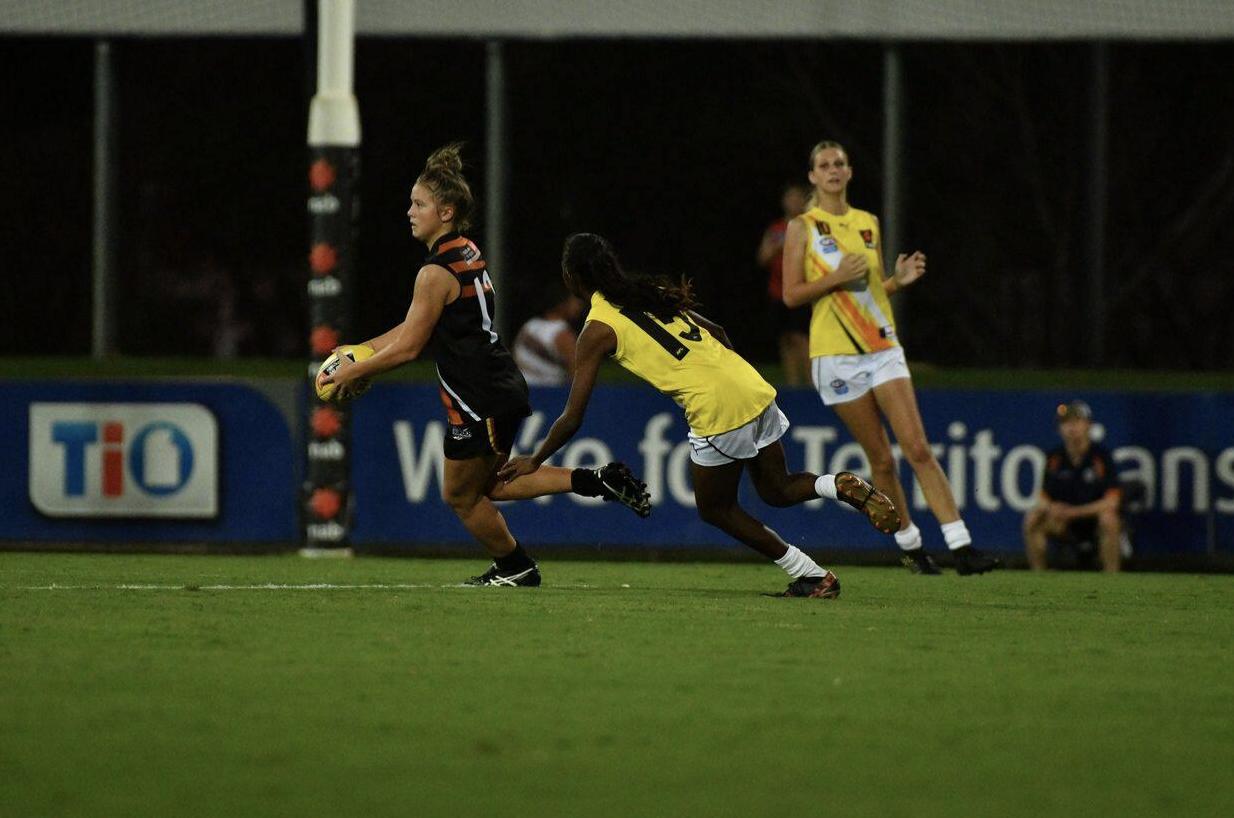 REPRESENTATIVE action is back on the field for the next generation of aspiring AFL Women’s footballers. The Under 17 All-Star games in Northern Territory and Queensland will give staff, fans and recruiters alike a chance to see players who are draft-eligible in the coming years face-off in a battle of the best of the best. In this preview we take a look at the Northern Territory clash which kicks off at 5pm today AEST (4:30pm ACST).

As in past years, the two sides are named Team Ponter and Team Baird after two young stars of the AFL Women’s in Danielle Ponter (Adelaide) and Janet Baird (Gold Coast) who are successful graduates of the Northern Territory pathway. The sides will face off twice as part of the exhibition series to showcase future talent. Unlike many other states, the Northern Territory has a lot of long-term draft hopefuls, with draft eligibility ranging from 2022 (2004-born players) to 2026 (2008-born players).

As the majority of the talented NT players run around in the Northern Territory Football League (NTFL) Women’s competitions, they are largely unknown quantities with limited footage, but always provide plenty of eye-catching moments. Last year Baird played in this game – now ironically for Team Ponter – and her performance earned her a spot on Gold Coast’s list. From a 2022 AFLW Draft perspective, both teams have just three draft-eligible players for next year, meaning the exhibition will be largely for future drafts.

The 2004-born players on Team Ponter are Hayley Maher, Tahnee McLaughlin and Brylee Kerrin, whilst for Team Baird, the draft eligible players are Erini Gikas, Siniva Sa’anga and Ciaralii Parnell. Whilst all six have earned their place in the sides for the competition, another 2004-born NT prospect in J’Noemi Anderson who represented the Allies this year as the sole bottom-age NT talent in that side, will run out for Gold Coast Suns Academy in the Queensland Academy game.

Grace Whittaker is a Southern Districts product who will represent Team Baird this year, and a player who caught the eye in last year’s showcase match. Whittaker has eye-catching athleticism and teamed up well with Annabel Kievit who will join Anderson in the Queensland game. Most remarkably, there are two players on Team Baird who are 2008-born talents and playing four years above their age group. The recently turned 13-year-olds are Peta Wilson and Acacia Tipene who have shown enough talent for their age to earn the call-up. Both games across the weekend will be ones to watch, not just for next year’s AFLW Draft, but for future ones as well.