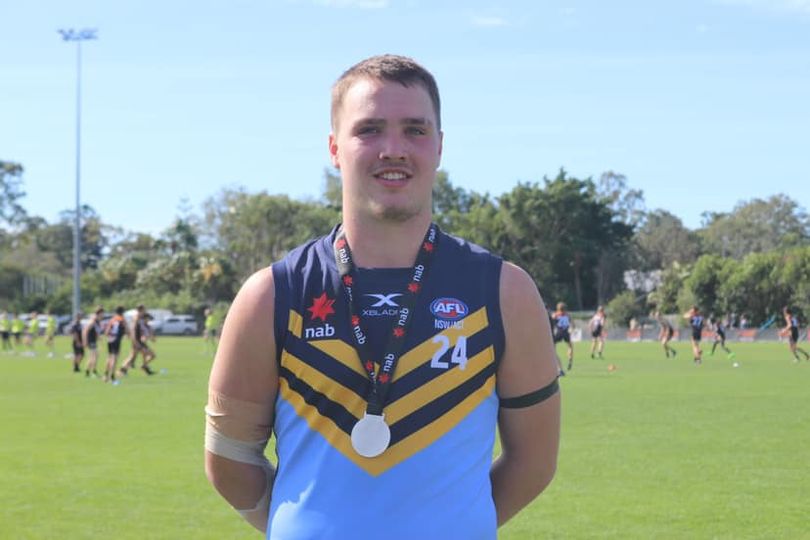 FOR many young guns coming through the ranks in their football career, the journey contains big cities and luxury to support their career. For GWS Academy member Kai Watts, it’s a three-hour bus ride on the way to brutal fitness testing. This is a sacrifice he is willing to make in order to follow his dream of making the AFL in the upcoming draft.

A speedy mid-forward, Watts began his football journey in Wagga Wagga, playing in his hometown for the first 15 years of his life. Watts then moved to Sydney to complete his year 11 and 12 studies, but his football passion remained, playing for the Western Suburbs Magpies at Premier League level.

Watts says his football journey looked a second priority, before a surprising decision saw him focus all his energy on the sport he thrives in.

“Obviously I came through from under-12’s and 13’s, but I wasn’t really doing much Academy. I was more choosing another sport over AFL.

Watts has been one to keep an eye on for a number of years now, but his shining moment came in 2019, winning his state’s Under-16 MVP award.

With the ability to both use his speed in the midfield, and hit the scoreboard in the forward line, Watts will likely prove quite a valuable asset with the shape of the modern game, with mid-forward rotations nearly essential at the top level, especially with his strong skills by foot and ferocious tackling.

With midfielders only getting taller as the game goes forward, Watts claims he thrives on playing against bigger bodies, allowing him to use his strength around the contest.

Now deep into his journey to the AFL, Watts says he still has plenty of fun running on to the field with some of his mates who have shared the journey along the way.

“I love playing footy against them when we play intra-clubs, but when I’m on their team it’s always good fun.”

With the 2021 AFL draft just around the corner, Watts says he will be looking to improve his fitness levels moving forward, a goal quite achievable given his current work ethic holding him in good stead for a number of years.

Despite a COVID-interrupted season, Watts has still managed to catch the eye of spectators when he has been able to hit the field, so expect to hear more about him in the next couple of months.