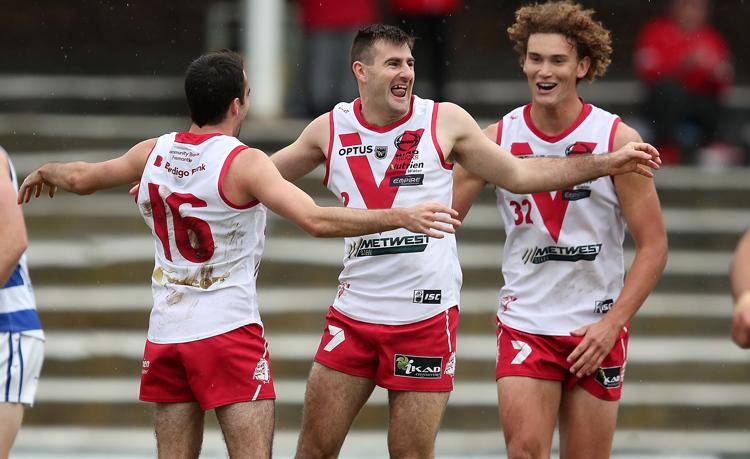 WITH 18 home-and-away matches done and dusted the best five teams remain in the hunt for Western Australian Football League (WAFL) premiership glory. Minor premiers Subiaco will have a bye in the first week as second-placed South Fremantle and third-placed Claremont face-off, while West Perth hosts Swan Districts in an elimination final.

The two grand finalists from 2020 are back in the finals mix again with both teams securing the double chance. South Fremantle are chasing back-to-back premierships, while Claremont are looking to go one better than last season’s effort. Both sides enter the finals in form, with South Fremantle having won their last two matches of the season, and Claremont winning their last three games on the trot. If history is anything to go by this game should be a cracker, three of the last five meetings between these teams have been decided by under 10 points. Their most recent battle in Round 14 was a nail-biter, as the Bulldogs came away with a one-point victory.

There should be plenty of great matchups across the ground, starting in the middle where Jye Bolton has had a fantastic year for the Tigers amassing the third most touches in the league (averaging 30.3 per game), with teammate Bailey Rogers also prolific, averaging 27.8 disposals himself. For the Bulldogs, star player Jake Florenca has made a successful return from his ruptured Achilles tendon, which saw him miss last season’s premiership, averaging 30.3 disposals across the final three rounds. In his absence, Haiden Schloithe has also had a great year, averaging 25.6 disposals, and kicking 21 goals for the season.

South Fremantle will be boosted by the temporary release of Matthew Parker from Richmond, with the AFL club and WAFL allowing him to participate in South Fremantle’s finals run. Parker had averaged 20.4 disposals, 4.1 marks, and 1.0 goals per game, before he was selected with pick 10 in the mid-season rookie draft.

There will be plenty happening up forward with Bulldogs duo Mason Shaw (48.19) and Cody Ninyette (41.12) kicking plenty of goals this season, as well as Tigers stars Alexander Manuel (39.19), Jack Buller (30.17) and Isaac Barton (27.8). Shaw bagged five goals and Ninyette kicked four when the two sides met in Round 2, as Manuel kicked three goals to help set up the 16-point victory. In the Round 14 matchup, it was Barton who kicked three goals in the Tigers loss.

The Bulldogs will host the Tigers at the Fremantle Community Bank Oval on Saturday at 2:40pm, with the winner to face Subiaco for a chance at the 2021 WAFL Grand Final, while the loser will have to face the winner of West Perth and Swan Districts.

The Falcons come into this contest as the form team, winning eight of their last 10 matches to finish in fourth position, meaning they will host fifth-placed Swan Districts in an elimination final at Provident Financial Oval on Sunday at 2:40pm. The Swans will be looking to snap a two-game losing streak, after losses to fellow top-five teams Claremont and South Fremantle. They will also need to turn around their recent form against the Falcons, having lost the previous four encounters.

Rudy Riddoch kicked three goals against the Swans in the nine-point Round 6 win, and another three in the 46-point Round 11 win, while Shane Nelson also dominated both contests for the Falcons with 35 and 32 disposals respectively.

West Perth’s form is largely thanks to the midfield dominance Nelson and Aaron Black, and the prolific goal kicking form of big man Tyler Keitel. 2020 Best and Fairest winner Nelson has had another great season averaging 32.1 disposals per game in 2021, with Black right alongside him, averaging 31.2 disposals. These two have been setting it up for Keitel, who has kicked 64.33, winning the 2021 Bernie Naylor Medal. Keegan Knott (38.21) and Riddoch (25.9) were also beneficiaries of the midfielders’ work, kicking plenty of goals.

For the Swans, Frank Anderson, Jesse Turner, and Samuel Fisher have all averaged just over 25 disposals per game and will be pivotal in trying to limit the damage of Nelson and Black in the centre. Up forward, Jesse Palmer has been the main threat, kicking 31.27 for the season, while Brayden Noble has also been a target, booting 23.12 for the season. Big man Corey Gault might also prove to be an important factor in this contest, if he is cleared from concussion issues, having won the ruck battle on both occasions during the season. Gault recorded 26 disposals and 36 hit outs in Round 6, and 23 disposals and 37 hit outs in Round 11. The Swans will also look to dual AFL Premiership player Lewis Jetta to bring his big game experiences to help his teammates.

This game could go either way, with the West Perth attacking 50 shaping up to be a decisive factor in this match. The Falcons have had the third best attack this season, led by Keitel, while the Swans’ defence was the third best in the league, led by the experience of 263 game club champion Tony Notte. Whoever can win this battle may just win themselves a spot in next week’s final against the loser of South Fremantle and Claremont.