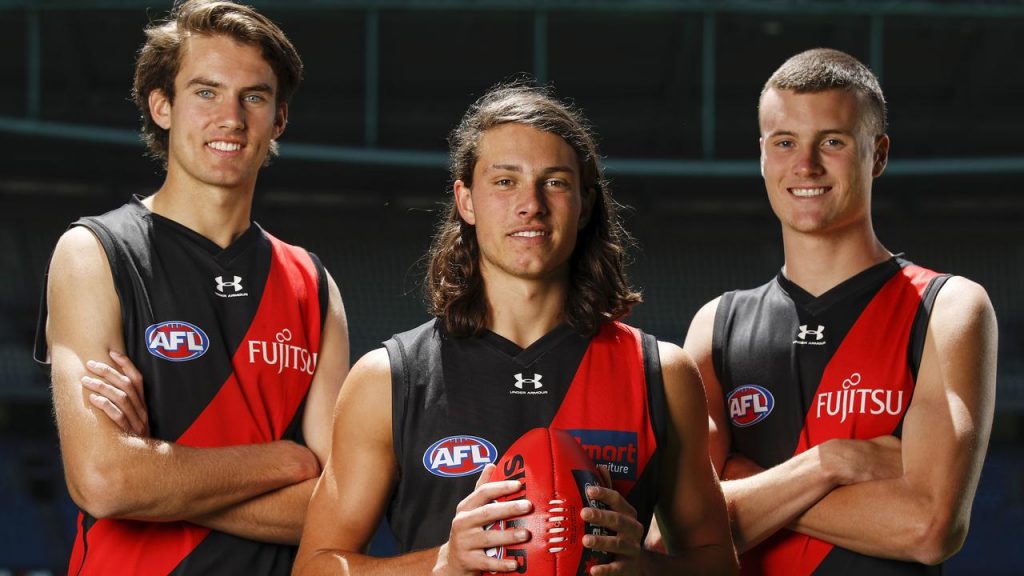 AHEAD of the 2021 AFL National Draft, we cast our eyes back 12 months ago to when the newest draftees had their names read out, and what they have accomplished since at the elite level. In the sixth piece of 2020 AFL Draft standouts (first chance at AFL level), we look at the 7th and 8th placed teams in Sydney and Essendon

Sydney’s famed 2020 AFL Draft crop of key forward talent Logan McDonald and a couple of highly touted Sydney Academy members in Braeden Campbell and Errol Gulden provided plenty of optimism for the red and white supporters heading into the 2021 AFL season. Not only did they live up to expectations, but they help drive the Swans into the finals series on the back of some outstanding performances. Whilst ex-Sturt rookie Malachy Carruthers did not end up playing a senior game, the other three combined for 33 in total, with Gulden in particular standing out as one of the most eye-catching Rising Star talents this year.

Gulden made his debut in Round 1, and starred with 19 disposals, 10 marks, seven inside 50s, three goals and three goal assists to earn the Rising Star nomination for the effort during the Swans’ upset win over the Lions. He would play eight consecutive games, and picked up 12 or more disposals in the first six rounds. A stress fracture in his foot ruled him out for over a month, but he returned to face Port Adelaide in Round 15. For the rest of the season, Gulden picked up more than 10 disposals per game in every match, including a season-high 23 disposals – as well as five marks, four inside 50s and four clearances in the Swans’ win against the Dockers in Round 19. His season averages ended up being an eye-opening 15.7 disposals, 4.6 marks, 3.9 inside 50s, 2.9 tackles and almost a goal per game – 14 goals in 18 matches – as well as handing off 17 goal assists in his first season.

Both Campbell and McDonald also made their Round 1 debuts, with Campbell collecting 12 disposals, two marks, two tackles and two rebound 50s against the Lions, while McDonald slotted three majors from 11 disposals, five marks and two inside 50s. They would go on to play the next five and four games respectively, with McDonald racking up seven goals in three games to start the season before slowing down. He returned refreshed for back-to-back games in Round 12-13 where he kicked two goals against the Saints, and handed two off against the Hawks. Campbell also returned to finish off the season with two games in the final home and away rounds, and averaged 14 disposals, three marks and three rebound 50s for the season.

Essendon went into the 2020 AFL Draft eyeing off some serious key position depth, and they picked up four genuine talls from their five selections, as well as Kaine Baldwin with a supplementary pick. Whilst the latter selections in Essendon Next Generation Academy members, Josh Eyre and Cody Brand, and Baldwin, did not play a game in their first seasons at the club, ex-Gippsland Power player Zach Reid squeezed in a debut despite being a raw talent. Reid played his sole game against Brisbane in April, picking up 10 disposals, one mark, two rebound 50s and laying five tackles to show promise for the future.

The two young stars who racked up 20 playable games in their debut seasons and were right in contention for the Rising Star, were the ‘unicorn’ of season 2021 in Nik Cox, as well as classy mid-forward Archie Perkins. Cox was the medical sub in the last couple of games against Collingwood and in the elimination final loss to the Western Bulldogs, but he showed plenty of scope for the future throughout the season, with a season-high 23 touches against Richmond in Round 12, also amassing eight marks, four clearances, two inside 50s, two rebound 50s and two tackles in that game. He picked up double-figure disposals in 14 matches, and gave the red and black army plenty to look forward to in the coming years as a mobile 200cm talent.

Perkins also caught the eye, particularly later in the season as he slotted three goals in the dominant win over the Crows in Round 17, to go with 18 disposals, four marks, four inside 50s and two tackles. He worked hard up the ground, picking up a season-high 20 touches in Round 5 against the Lions, and recorded double-digit disposals in 14 games, not missing a match after debuting in Round 3. By the end of the season, Perkins averaged 119 disposals, 2.9 marks, 2.7 inside 50s and 2.1 tackles per game, slotting nine goals, but 14 behinds and just showed the class that he had done previously for the Sandringham Dragons at NAB League level.