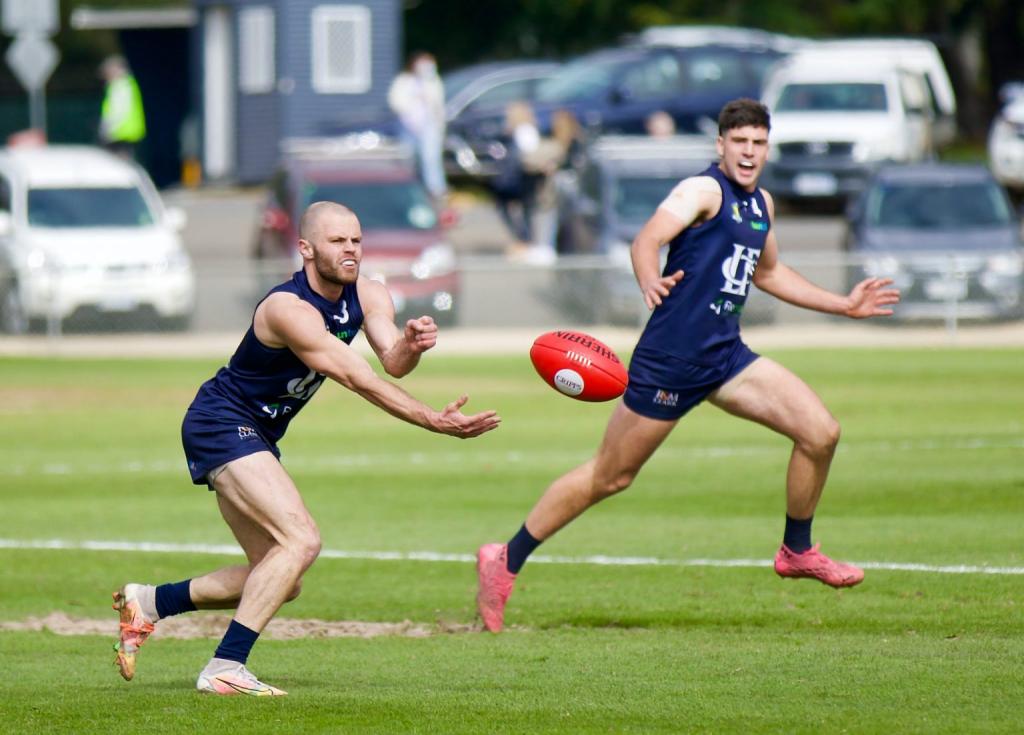 THE VFL has been officially cancelled but there is still plenty of footy happening in a big weekend across the country. The QAFL and TSL finals continue, while the WAFL and SANFL home-and-away seasons enter their final round. We’ll take you through all the key matches for this weekend.

All five matches of the SANFL final round feature a top five team against a bottom five team, with the most at stake for South Adelaide and Sturt. The Panthers will just need to defeat bottom side West Adelaide to ensure they make the first week of finals. It might not be an easy task though judging from the last time they met when the Panthers narrowly defeated the Bloods by three points in Round 9.

Sturt meanwhile will be hoping the Panthers lose and they can defeat North Adelaide who themselves are looking for victory to cling onto a second chance come finals. The two teams played out a thriller in Round 8 when the Roosters won by three points.

A victory to Glenelg against Port Adelaide can make it 18 from 18 for the season. The Tigers welcome back Michael Virgin who had 27 disposals and 16 marks when the two sides met in Round 4, while Lachie Hosie and Liam McBean will both line-up down forward after they combined for eight goals in that contest.

Elsewhere, Norwood host Adelaide, who have strengthened their side with a host of AFL-listed players including James Rowe and Will Hamill, while Central Districts tackle second-placed Woodville-West Torrens at Maughan Thiem Kia Oval.

It’s Preliminary Final week in Tassie with minor premier Launceston facing Clarence. The Roos came away with a two-point victory when the sides last met in round 20, and they will welcome back Josh Green, who booted three goals in that contest, after he missed last week through injury. Launceston has had the edge over the Roos this season however with two big wins in their first two meetings. With a Grand Final spot on the line, this could be an intriguing battle.

Top two teams Labrador and Broadbeach will face-off with the winner becoming the first team in the Grand Final. Both teams had a bye last weekend, so will be looking to find their home-and-away season form again quickly. The home team won on both occasions when they met during the season, so it’s up to the Cats to break that trend if they want to progress first to the big dance.

Meanwhile, with a chance to play the loser of the top two battle, Morningside meet Maroochydore with no second chances. The Panthers won by 22 and 20 points in their two home-and-away meetings, but with it all on the line anything can happen. Mitchell Scholard is in deadly touch for the Roos, kicking another seven goals in last week’s final, and will be hoping for more goals to get his team over the line.

With the final five all set, the top five teams will battle it out for finals positions in the last round of the WAFL this weekend. Peel host Subiaco who will assure themselves of the minor premiership with a win over the Thunder. Last time the two sides met, Subiaco won by 44 points, and they will be hoping for more of the same.

Meanwhile, Claremont are in that battle for top spot when they host Swan Districts. It was a high-scoring affair when they faced-off in round one with Alexander Manuel (Tigers) and Thomas Edwards (Swans) both kicking four goals. South Fremantle will also be hoping Subiaco go down as they remain four points off the top. The Bulldogs play the Eagles, a contest Jimmy Miller (five goals) and Haiden Schloithe (35 disposals) enjoyed earlier this year when the Bulldogs won by 11 goals.

In the other match, Perth welcome West Perth to Mineral Resources Park, with the Falcons looking to snag a top three position with a victory, and a loss to one of Claremont or South Fremantle. Perth, however, came out on top in their last contest, a low scoring affair in Round 8, where they won by 10 points.

There has also been an update on the VFL with the season officially cancelled due to ongoing Covid-19 restrictions in New South Wales and Victoria preventing any games from occurring for the foreseeable future. A decision was made by the AFL to end the season with the 10-0 Bulldogs to be recognised as minor premier, but no premiership cup and no J.J. Liston Medal (VFL best and fairest award) will be awarded for the 2021 season.