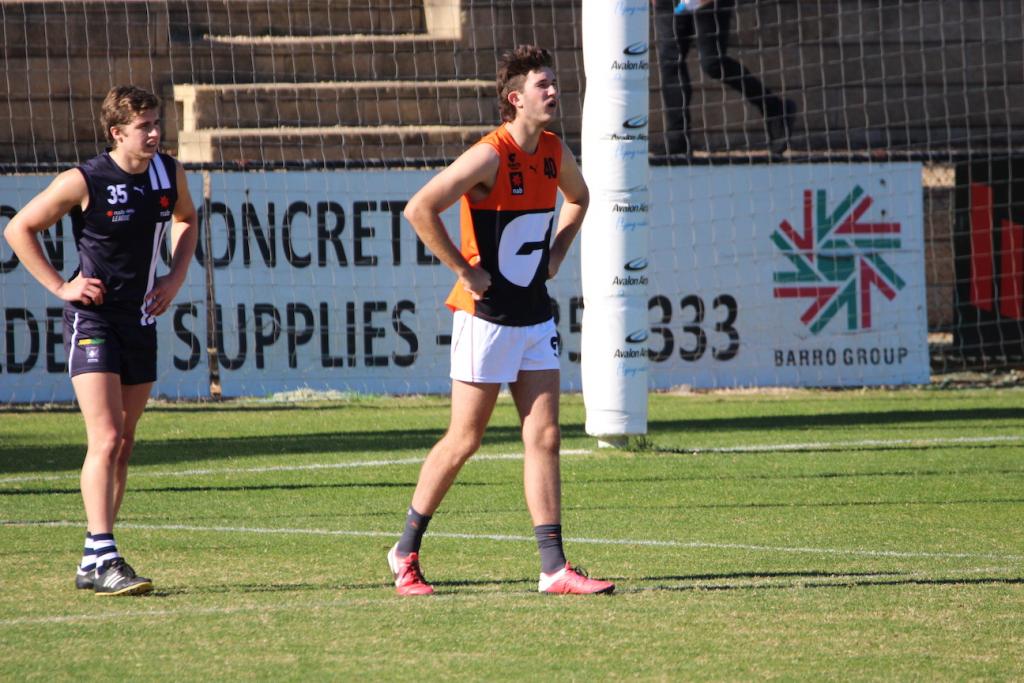 JACK Driscoll is one of many AFL Draft hopefuls who had their 2020 season derailed by the COVID-19 pandemic, and look to have had the last couple of months of 2021 also under a cloud of uncertainty. The 200cm ruck/forward has some unique traits that even he admits are different for a “big fella”, and hopes that perhaps they will stand out to club recruiters be it now or into the future.

Coming into the 2021 season, the top-age talent who turned 19 in April, weighed in at 82kg to go with his two-metre frame, something he hoped to work on throughout the year. If there was one positive to come out of the current situation, it would be the fact that Driscoll, like many other aspiring draftees, has the ability to continue to work on those areas in his own time. Speaking to Draft Central at the Australian Capital Territory (ACT) preseason testing day, Driscoll said that he was hoping for a big year.

“Fitness would be number one (improvement) and building up my body,” he said. “I could probably get a bit fitter and stronger around the ground.”

Whilst he might need to build up his endurance and strength – which was not helped by a minor ankle injury prior to Christmas delaying his preseason – Driscoll said his athleticism and skills were self-proclaimed strengths in his game, and hopefully would catch the eye of recruiters.

“I think for a big bloke I’m pretty athletic,” he said. “Not the fittest person, but marking would be one of my strengths and skills for a big fella.”

Driscoll hails from a little town not far from Wagga Wagga, and has gone through the pathways including the GIANTS Academy and Allies, though is still yet to run out for the Allies after the 2020 carnival – and looking more and more likely the 2021 carnival – is all but done and dusted.

“I’m from a little town called Yerong Creek which is about half an hour from Wagga,” Driscoll said. “I grew up and played for The Rock-Yerong Creek, joined the GIANTS Academy in Under 16s, made Rams that year and then 17s, 18s with GIANTS obviously, was in Allies squad for last year and now I’m here.”

Driscoll would have likely been the starting ruck for the Allies this year, but will have to rely on performances earlier in the year where he was able to present as a key forward as well as roll through the ruck. His goal at the start of 2021 was clear.

“Obviously get drafted,” Driscoll said. “But just play the Academy games get a few wins, and Allies hopefully later in the year.”

He was able to play the Academy games and be named in the Allies squad, and though it is more and more likely the opportunities at the national carnival will be limited due to the COVID-19 pandemic in NSW and Victoria, Driscoll still put together some solid performances for the GIANTS Academy, slotting two goals from his four games, and averaged 8.3 disposals, 2.0 marks and 6.8 hitouts in that time, as well as an inside 50 per game.