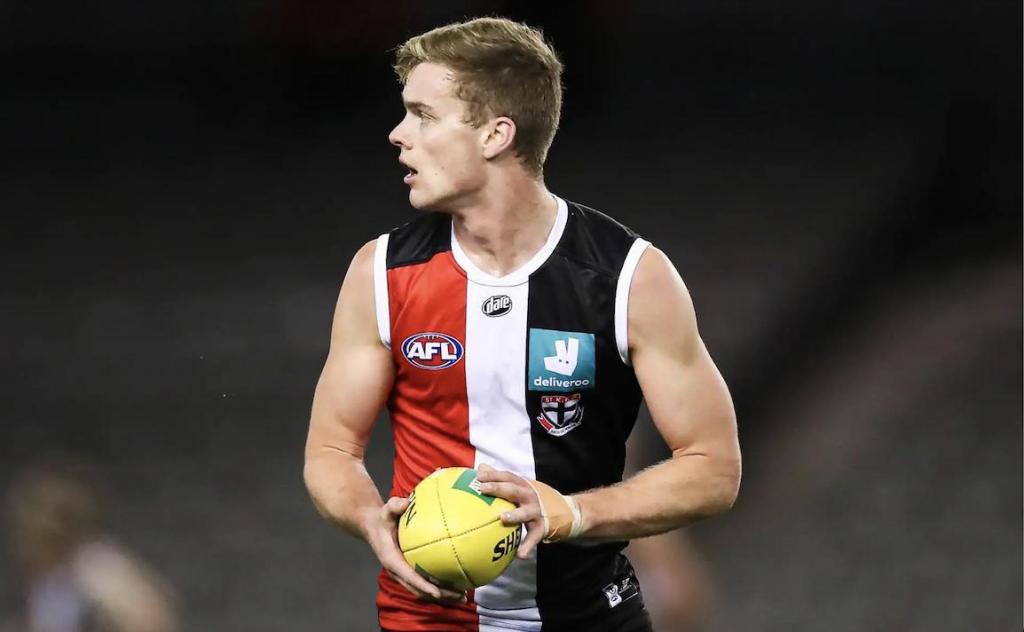 AHEAD of the 2021 AFL National Draft, we cast our eyes back 12 months ago to when the newest draftees had their names read out, and what they have accomplished since at the elite level. In the fifth piece of 2020 AFL Draft standouts (first chance at AFL level), we look at the 9th and 10th placed teams in West Coast and St Kilda.

Luke Edwards played eight games in his first season at the Eagles and showed some promising signs. He collected 15 disposals on debut in Round 12 and followed up with 27 disposals in his second match against Richmond. The 19-year-old from Glenelg proved he is more than capable at AFL level playing both inside and outside midfield. Edwards has good composure for a young player making smart decisions with ball in hand. He went at 74 per cent disposal efficiency for the season (ranked above average) and he looks to be another quality asset to an already star-studded Eagles midfield.

West Coast’s pick 57 from the National Draft Isiah Winder played one AFL game in 2021, coming on as a medical sub against the Saints when Shannon Hurn got injured. Winder got five disposals for the game and joined the elusive first kick, first goal club with a nice little snap from the top of the goal square. Winder is a speedy and athletic forward with plenty of flair about him, it was unfortunate fans didn’t get to see more of him after he battled knee issues in the middle of year, before returning to play in the WAFL.

Rookie Zane Trew did not feature in the AFL this season but has played 10 games in the WAFL where he has averaged 17.9 disposals, 4.4 tackles and 1.8 marks. Trew is another young midfielder who will be looking to get his chance in the senior side next year.

There were some impressive performances from the 23-year-old mature-aged recruit, but none better than his Round 13 game against Adelaide. In that contest he had 22 disposals, nine contested possessions, 15 intercept possessions, 13 marks, three contested marks, eight intercept marks and four tackles. Highmore broke his hand in the Round 18 match against Port Adelaide which interrupted his end to the season, playing two of the last five games. With his form this season, he should get a good look at a full year in the senior team in 2022.

Another mature-aged recruit from South Adelaide was Paul Hunter. The 28-year-old was added to the squad as back-up for star ruck duo Paddy Ryder and Rowan Marshall, and after both players had interrupted seasons, Hunter was given his chances, playing seven games at AFL level. He might not have been the most dominant ruckman, but Hunter always gave it his all which was seen with his pressure and one percent efforts. He averaged four tackles per game (ranked elite), 15.4 pressure acts (ranked elite), 3.0 spoils (ranked above average), and 4.3 one percenters (ranked above average). He also kicked a goal against Richmond in Round five and West Coast in Round 19.

St Kilda’s other draftee was Matthew Allison who was selected with pick number 26 in the National Draft. The 195-centimetre key forward didn’t feature in the AFL this season but is a prospect for the future. The 19-year-old averaged 10.4 disposals and 3.0 marks in his eight VFL matches.