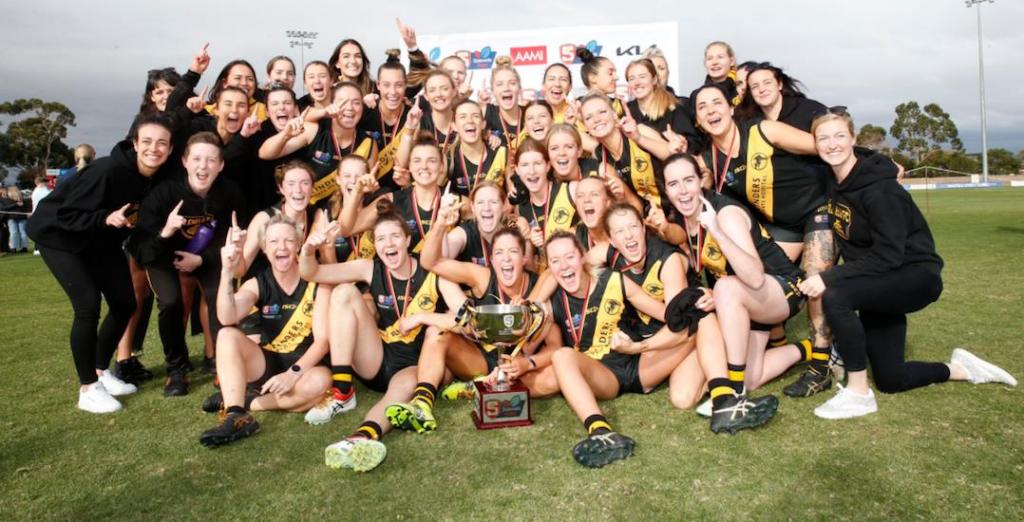 A WOMEN’S development league and a full season of Under 16 boys were among the South Australian National Football League (SANFL) expansion announcements yesterday. Looking ahead to the 2022 season, the SANFL announced it would be further growing its elite talent pathways in order to provide Under 16s boys with a full season, and also creating a SANFL Women’s development league in order to have a direct feeder competition for the clubs to play non-selected players.

The SANFL Women’s development league will commence in February and conclude at the end of March, running for seven rounds aligning with the league competition. SANFL General Manager Matt Duldig said the additional development league would provide non-selected SANFL Women’s players with a chance to maintain match fitness during the season and follows on from the SANFL’S decision to move to a 16-a-side league competition in 2022 to align with the AFL Women’s.

“The female development league will provide an essential feeder competition into SANFLW, enhancing the skill level and depth of our elite female competition,” Duldig said.

“Importantly, it will also benefit those players not selected in a SANFLW team to continue to develop their game in an elite training and playing environment with their SANFL Club.”

Meanwhiile, the Under 16 Boys competition will expand from a seven-round season to a full season, aligning with the Under 18s competition and allowing talented future SANFL stars to maintain their match fitness and development at the higher level throughout the whole season.

Mr Duldig said the extended competition would increase the Under 16 players access to an elite talent program at their respective clubs for a longer period of time.

“Ultimately our aim is to provide the best possible talent pathways for male and female players, coaches and umpires in SA, giving them the best opportunity to participate at either SANFL or AFL level,” Duldig said.

“Growing the pool of talent within our SANFL Clubs is also vital to underpin the strength and growth of our elite men’s and women’s State League competitions which provide an aspirational pathway for young up and coming players.”

Glenelg is the reigning premiers from the women’s competition, whilst South Adelaide took out the Under 16s title.