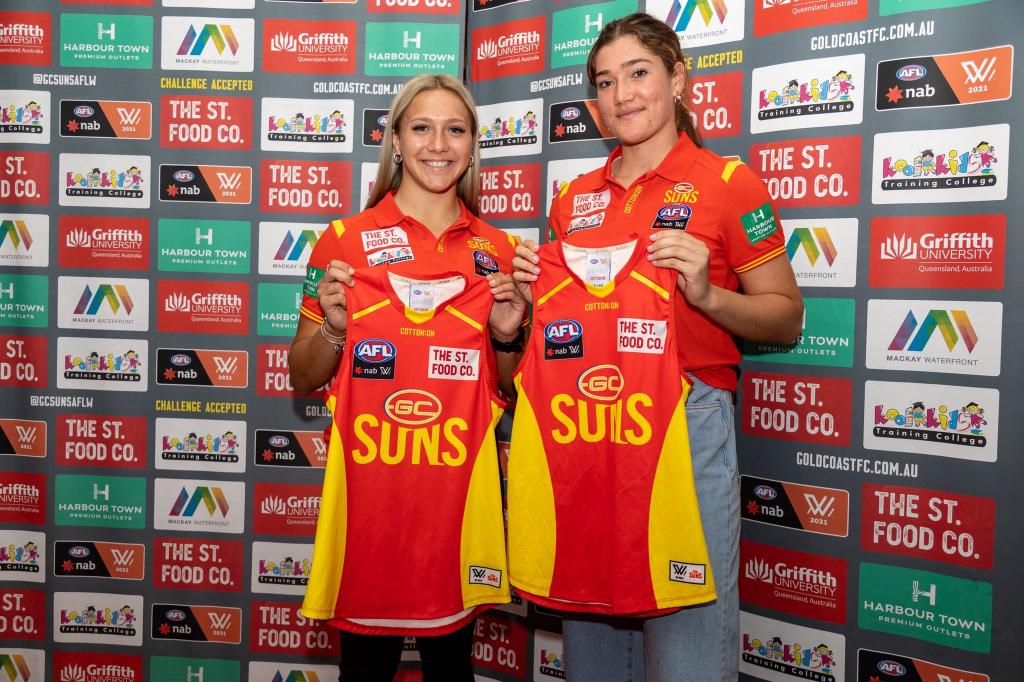 IN an early look at the upcoming AFL Women’s 2022 season, Draft Central checks out each of the 14 clubs over the next three weeks ahead of preseason commencing. Next up is Gold Coast, a side coming off a wooden spoon, winless season, but greater optimism after a successful draft period including nabbing their next coach, the successful Tasmania Devils mentor Cameron Joyce at the helm as they look to ascend the AFLW ladder.

Unfortunately for the newest Sunshine State side, the 2021 season was not as fruitful as their finals appearance in their debut 2020 season, finishing rock bottom on the ladder with a percentage of 37. They went winless throughout the season, and while they did score more than the 13th placed Cats, conceded an average of 34.4 points per game which hurt their chances. In 2022, they will look for a fresh start under a new coach and plenty of young talent walking through the doors, including some readymade experience.

Gold Coast will pick itself off the canvas in 2022 and the only way is up, which they should see some great improvement next year. Under coach Joyce, the Suns could follow a similar trajectory to the Devils who were well beaten one year, but became more than competitive in the NAB League Girls the next season, rising to the top of the Country pool. They are still quite young, losing experience like Sally Riley, Sam Virgo, Jordann Hickey and Leah Kaslar, looking more to the future and bringing in a core of youth to drive the side up the table. Top pick from last year’s draft Annise Bradfield will miss the year as she recovers from an anterior cruciate ligament (ACL) tear, whilst Emma Pittman has work commitments. Holding pick one in the draft, the Suns were able to coax Victorian Charlie Rowbottom up to the Sunshine State, with the Oakleigh Chargers talent in line for the top Victorian pick, and the Suns were able to nab her with the overall first selection. Along with fellow young gun midfielder Teagan Levi, the pair will provide an immediate fix to the forward half of the ground and bigger bodies around the stoppages, while another Suns Academy graduate in Giselle Davies will be the extra tall in defence to try and plug the leaks. Up the other end, Tara Bohanna and Vivien Saad provide the height and can rotate between ruck and forward, while Alana Barba and Claudia Whitfort can play in multiple positions and add extra strength through the onball. The talented Ashanti Bush caps off the cream of this year’s draft crop as that damaging forward who can hurt opposition defenders with her footy smarts and goal sense.

The only way is up for the Gold Coast Suns in 2022, and they have recruited and drafted well to suggest that pendulum will swing in their favour. With a great coaching appointment and two of the top players in the overall AFL Women’s draft crop, the Suns will be an exciting team to watch, and while finals might not be on the immediate horizon, seeing greater competitive efforts, and development through their second and third year players will be key as to just how far they can go, and whether or not they can turn themselves into a contender in a few seasons.