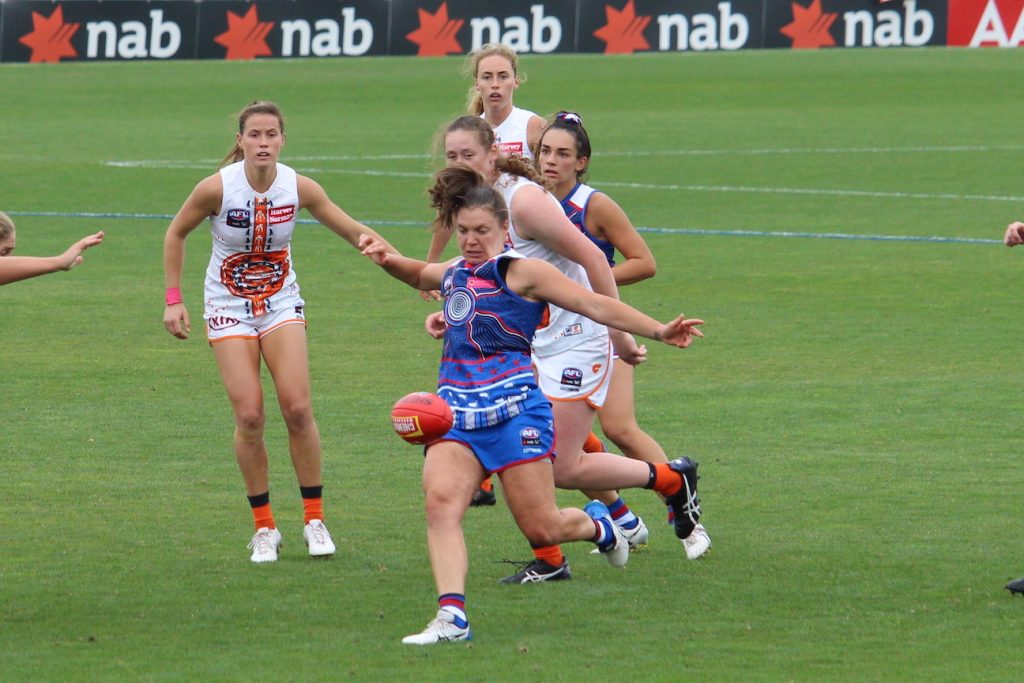 AFTER initially hoping to launch the new AFL Women’s season in December to run over summer, the AFL and AFL Players Association officially declared on Thursday that the 2022 season will instead commence in the first weekend of the New Year. The extra month to prepare – with preseason initially expected to begin in September – was provided due to the ever-evolving COVID-19 pandemic and various stages of state lockdowns.

The eight Victorian sides and the GWS GIANTS would be unable to hold preseason training at this stage, and therefore the move to delay the start of the season will allow a greater chance of not only all teams having an equalised preseason in the lead-up to the competition, but also a greater chance of allowing as many fans into matches as possible. Along with the delayed start, the preseason training start date has also been shifted back to October. The season will still contain an extra round compared to 2021 – 10 – which is also the final season of 14 sides.

AFL General Manager Women’s Football Nicole Livingstone said the decision was made around the health and safety of all stakeholders involved in the AFL Women’s competition.

“This year’s NAB AFLW Competition saw the best season yet with the quality of the game continuing to attract supporters and inspire hundreds of thousands of girls and women to play football,” Ms Livingstone said.

“The 2021 season was also the most challenging yet due to the ongoing COVID-19 pandemic affecting all but two rounds of the Competition.

“As we prepare for Season Six, we know the nature of playing professional sport in a pandemic means we will continue to be presented with challenges in the lead up to and during the season and, as a result, have made the decision for the NAB AFLW Competition to commence in January next year.”

AFL Players’ Association Chief Executive Officer Paul Marsh thanked the clubs for understanding the decision and said given the current landscape not only from a football point of view, but an overall environment point of view, it was the only sensible choice to make.

“The AFLPA and players understand the challenges that COVID is currently presenting to society and our industry. The decision to push back the start of the season is a sensible one in the current circumstances and has been worked through with AFLW player leaders,” he said.

“The players’ ongoing flexibility is to be commended and we appreciate the AFL’s willingness to in turn work with us to recognise the impact of these changes on the players’ non-football lives in the agreement we have reached with them.”

The 2022 AFL Women’s fixture will be determined once there is more clarity around the state-by-state government orders.