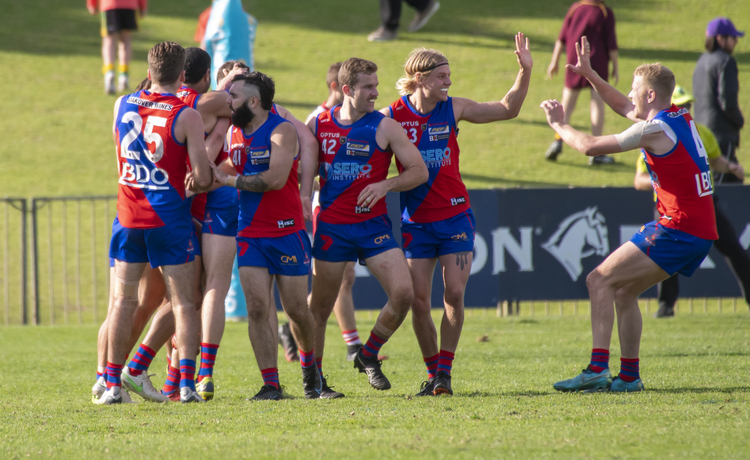 IT’S a big weekend ahead with QAFL and TSL finals action happening and plenty up for grabs for teams in the SANFL and WAFL looking to cement places in their upcoming finals campaigns. We’ll take you through all the key matchups to look out for this weekend.

Round 18 action continues after the first two matches of the split round were played last weekend, and there are some big finals ramifications on the line.

North Adelaide will have the chance of securing a double chance if they are to beat Norwood when they meet at Prospect Oval on Saturday. The Roosters are currently two points above the Redlegs, so a win in this matchup will not only see them finish in the top three, but it will also put the Redlegs in danger of missing finals all together. Rooster Lewis Hender kicked 6.2 in his side’s 92-point demolition of the Redlegs in round three, and an improved Norwood will still have to snap North Adelaide’s six-game winning streak if they are to keep the pressure on the third-placed side.

Sturt can jump above the Panthers (who have already played their 17th match) if they are to beat the second placed Eagles at home. Last time the two teams met it was the Menzel brothers who dominated the match kicking seven goals between them (Troy four, Daniel three) in a 46-point win to the Eagles.

In the other matchup, West Adelaide face the daunting task of hosting the undefeated Glenelg, and while they’ll be searching for their third win of the year, the Tigers will be looking to continue their form with finals fast approaching.

The finals have arrived in Tassie with two mouth-watering clashes to look forward to. The top two sides Launceston and North Launceston will square off at Windsor Park with the winner progressing into the Grand Final, and the loser to play the winner of Clarence and the Tigers. The Blues have won two of the three meetings with the Northern Bombers this season, but with finals on the line a good contest is to be expected.

The Roos and Tigers will square off in a do or die contest, with both teams only having one chance of progressing to the next round. Clarence won the first meeting between these two teams, before the Tigers won the second and went on to win a great contest in round 19 by just five points, giving fans plenty to look forward to on Sunday. Josh Green has been kicking plenty of goals this season for the Roos and will be hoping to add to his tally here, while Luke Graham has been a focal point up forward for the Tigers.

While the top two teams Labrador and Broadbeach will be enjoying a week off, Redland-Victoria Point (third) will face Maroochydore (sixth) in the first elimination final. Their last meeting in round seven ended with the Sharks winning by 16 points. Mitchell Scholard will be one that the Sharks will need to keep a close eye on with the Roos forward having booted 49 goals this season including five in their last battle. There should be a great contest in the ruck too with Jarrod Huddy (Sharks), who likes to drift forward and kick a goal, facing off against Jacob Simpson (Roos) whose ruck craft is as good as it gets.

In the second Elimination final, Surfers Paradise (fourth) come up against Morningside (fifth). The Demons won their last duel in round 11 by 15 points and will be looking for a repeat to progress to the semi-final. With 28 and 27 goals for the season, Demons forwards Brody Haberfield and Sam Hilton-Joyce will be looking to hit the scoreboard, while Ben Warren will be searching for a repeat of the round 11 contest where he bagged five goals.

Round 21 of the WAFL gets underway with the top five already decided, but plenty of spots up for grabs within the final five. South Fremantle and Swan Districts face off on Saturday in the only battle between two top five teams. The Swans will need to win to push up into double chance contention, while the Bulldogs are eying top spot if Subiaco are to slip up. Last time out, the Bulldogs won by 36 points, with Mason Shaw bagging five goals and Jacob Dragovich, Tom Blechynden and Haiden Schloithe all racking up 30+ touches.

Subiaco play East Perth at Leederville Oval as they look to bounce back after a loss to East Fremantle in their last outing. Ben Sokol, Michael Braut and Aaron Heal each had three goals when the two sides last met. Meanwhile, West Perth face East Fremantle with both teams looking to make it three wins on the trot. The Falcons can still claim the minor premiership with wins in their final two matches.

Claremont host the last placed Eagles, with the Tigers also in that mix for the minor premiership. This contest is one Eagles midfielder Jye Bolton fancies averaging 39.5 disposals in the two sides’ last four meetings, including 49 touches in the round nine matchup.

In the other match Peel welcome quite a few AFL-listed players into the team after Fremantle’s season ended last week. Blake Acres, Bailey Banfield, Mitch Crowden, Lloyd Meek, and Joel Western are all listed to play alongside the recently delisted Tobe Watson against Perth at the David Grays Arena on Saturday.