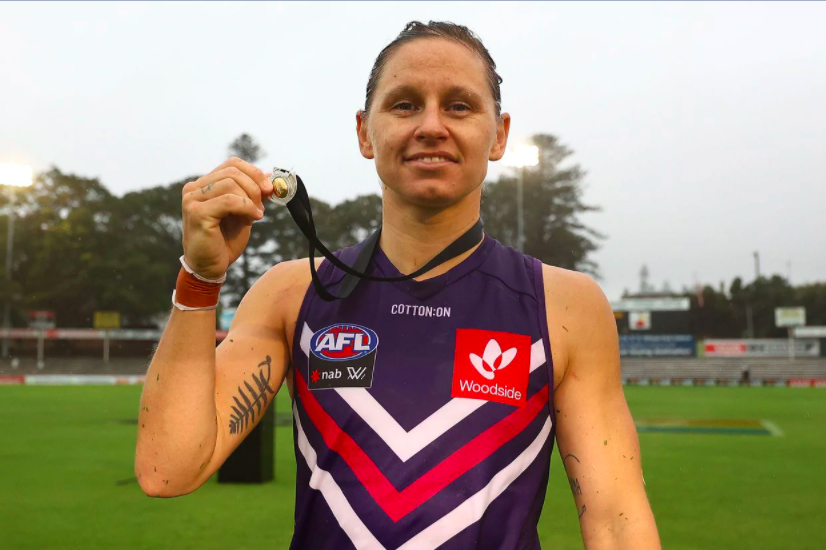 IN an early look at the upcoming AFL Women’s 2022 season, Draft Central checks out each of the 14 clubs over the next three weeks ahead of preseason commencing. Next up is Fremantle, a team that after going undefeated in 2020 was unlucky not to be rewarded with a chance to win a premiership, however the Dockers still made finals in 2021 with an impressive percentage.

Fremantle fans might have rued what could have been in 2020, with the undefeated Dockers cruelly denied a chance at a flag after being the standout team through the regular season. But the Dockers picked themselves back up and remained a contender in 2021, winning six of nine games and being a stingy defensive side. Boasting the fourth highest percentage, the Dockers went down to Melbourne in the first week of finals, but leader Kiara Bowers continued her meteoric rise in the AFL Women’s by sharing the league’s best and fairest award. They blooded some new players and were an exciting team to watch, particularly when going forward, and with their defensive intensity through midfield led by Bowers.

Fremantle might not have done too much in the way of players for the AFL Women’s Draft, but they positioned themselves to pick up an equal competition-high six players in the draft. Showing their win-now mentality, the Dockers only picked up two 18-year-olds in Amy Franklin and Makaela Tuhakaraina, who will provide plenty of excitement in the forward half. They also selected top-ager Dana East after a sensational year, and her Swan Districts teammate Sarah Wielstra who came on in leaps and bounds as a key forward. Jess Low earned her spot after a second consistent season for Claremont, whilst Airlie Runnalls opted to cross from the east coast to the west coast, to be picked up by the Dockers following a great season with North Melbourne’s VFL Womens’ side as a running midfielder. Given the loss of Sabreena Duffy and Ash Sharp (pregnancy) for the 2022 season, and Evie Gooch heading to West Coast, the readymade recruits will be important for the Dockers to remain among the top sides in the competition.

Fremantle is well-coached unit that makes the most of its opportunities. They run and gun down the ground with a clear gamestyle of play, using disposal by foot to cover ground and catch the opposition off guard. They have been able to bring in a raft of talent, both readymade and for the future, as they are already planning for when the older midfielders eventually retire, even though many are still in their prime. Given their recent form, it would be folly to suggest that Fremantle could not go all the way in 2022, though both Duffy and Sharp will be big losses as key members of their best 21.